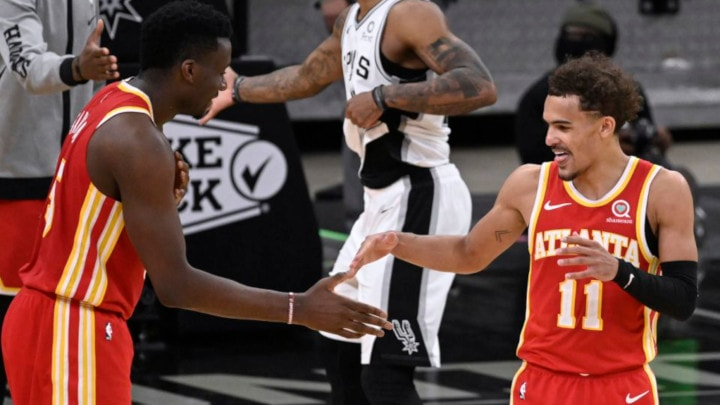 Tonight’s New Orleans Pelicans vs Atlanta Hawks matchup sees two wounded teams face off in Atlanta. Both of these teams are dealing with injuries right now. For New Orleans, they are pretty thin up front, though they were able to win their last game. Atlanta is missing key pieces too, but they have been able to keep winning. Their organizational depth is definitely ahead of New Orleans’ right now.

No Depth Up Front for the Pelicans

Zion Williamson and Brandon Ingram are hurt right now. Those are their two top scorers and the best young forward duo in the league. They were able to get a win without them in their last game against Houston, but beating the Hawks is going to be much tougher.

Without those two in the lineup, the Pelicans had a lot of available shots, and Lonzo Ball was the surprising leading scorer with 27 points. It is nice to know that he has that in him from time to time, and he could benefit from being aggressive on offense more often.

New Orleans is especially thin up front with center Steven Adams also on the injury list. As much as they need scoring, they also need someone to grab a rebound once in a while.

The Pelicans are 14-11 ATS as an underdog this season. They are in a tough spot, but that has been a spot where they have succeeded.

Hurting Hawks On a Roll

The Hawks are not at full strength either. De’Andre Hunter is back on the injured list, and John Collins is also questionable. However, they have won three in a row, including a recent 20+ point win over New Orleans. This Hawks team is deeper than you think.

They are also finally getting contributions from veteran scorer Lou Williams. He is going to make it easier to get buckets when Trae Young is getting a blow, and he is not afraid to take the big shots late in a game. He never gets rattled, which is something this Hawks team needs.

Atlanta might not be getting a ton of love, but this is a team that could win a playoff series. They are in the top half of the league on offense and defense, and with Young and Williams, they have a couple of crafty playmakers that can make shots. This group needs to get into the playoffs this season to further their development. Right now, that looks pretty certain.

Atlanta has won and covered their last three with a great chance to extend that streak in this spot. As a home favorite, they are 9-4 SU and 8-5 ATS. Our consensus NBA picks favor the Hawks to continue their winning run, and the over is also a strong play even with injury concerns on both sides.