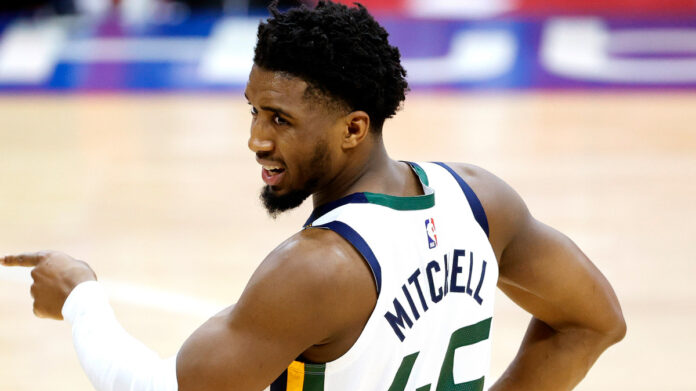 Is a momentous upset on the cards in the Grizzlies vs Jazz series, or will the Western Conference’s top seed take over with their best player back in tow?

It’s already been a wild postseason on the Western side of the bracket. The series opener between Memphis and Utah was among the wild results, as Dillon Brooks, Ja Morant, and the Grizzlies downed the Jazz 112-109 in the opener. The Grizzlies did not get rattled despite falling behind by 14 in the second quarter, and they led by as many as 17 in the fourth before an inevitable Jazz rally. But the Grizzlies held their nerve just as they did in two play-in wins and lead the series.

But even with a series lead, the odds still heavily favor the Jazz to move on to the second round. Their chances will be helped by the return of Donovan Mitchell, their leading scorer. Mitchell will be in the lineup tonight after missing the final 16 games of the regular season and the series opener due to an ankle injury.

Will the Jazz even up the series tonight, or will the Grizzlies take a 2-0 lead back to Memphis?

Grizzlies vs Jazz odds are via FanDuel Sportsbook as of Wednesday, May 26 at 9:30 am ET. For more NBA betting odds, check out our NBA odds page. It features updated odds from FanDuel and other top online sportsbooks.

Will Mitchell’s Return Shift the Series?

Mitchell was set to return in Game 1, but the decision was made to hold him out, mcuh to his frustration. The Grizzlies duly took advantage, picking up a season-first win over the Jazz at the best possible time.

Mitchell should be on the court tonight, but will he be able to have a major impact immediately? Mitchell put up career-best numbers in a number of categories this season: scoring (26.4 points per game), three-point shooting (38.6 percent), and assists (5.2 per game). He also lit the Grizzlies up when the teams had a back-to-back in SLC in March. He scored 35 points in both games, shot 60 percent from the field and 71 percent from three, and dished out 13 assists across the two games.

Mitchell isn’t Utah’s most accurate shot maker, but he is by far their most prolific shot taker and shot maker. He was also second on the team in assists per game. When he is on the floor, the ball will be in his hands frequently. With him on the floor again, it is unlikely that we will see the Jazz put in a repeat of Game 1, in which they shot only 42 percent from the field and were 12 of 47 (25.5 percent) from three.

Can the Grizzlies slow Mitchell down better than they did in the regular season?

Jazz Respond Well After Losses–Can They Do So Again?

The Jazz are the West’s #1 seed in part because they avoided stringing losses together. The most games they lost in a row was two, which occurred only five times throughout the regular season.

Over the course of the regular season, Utah was 15-5 SU after a loss. Their ATS mark following a loss wasn’t particularly stellar, as they were 9-11 ATS after an SU loss, but that does not take away from their ability to bounce back well.

With Mitchell in the lineup, the Jazz were 11-3 SU and 6-8 ATS after a loss. He led the team in scoring in 10 of those 14 games and scored 30+ points seven times. So even though he has missed as much time as he has, it is imperative for the Grizzlies to slow him down as best as possible.

Grizzlies Continue to Rule on the Road

Given that the Grizzlies have been better on the road than at home this season, their Game 1 win shouldn’t be considered an earth-shattering result. They were 20-16 SU and 22-14 ATS on the road in the regular season. They have added two SU and ATS wins in the postseason, defeating the Golden State Warriors in the play-in last week and then the Jazz on Sunday.

Their road ledger includes wins over the top three seeds in the Eastern Conference (Philadelphia 76ers, Brooklyn Nets, and Milwaukee Bucks) and a win over the Atlanta Hawks, who had one of the league’s better home records at 25-11.

While the Jazz are a heavy favorite to take the win tonight, the Grizzlies are the consensus spread play tonight, and so is the over. The over is 24-14 in Memphis’s road games this season, counting the postseason, and it is 3-1 in the meetings between these two teams this season. The only matchup in which the over didn’t hit was a 111-107 road win for the Jazz on March 31, a game that Mitchell sat out.

Given their strong Game 1 performance and road success this season, the Grizzlies are worth backing to cover in this spot. And with Mitchell in action again, the over is the strongest total play tonight.