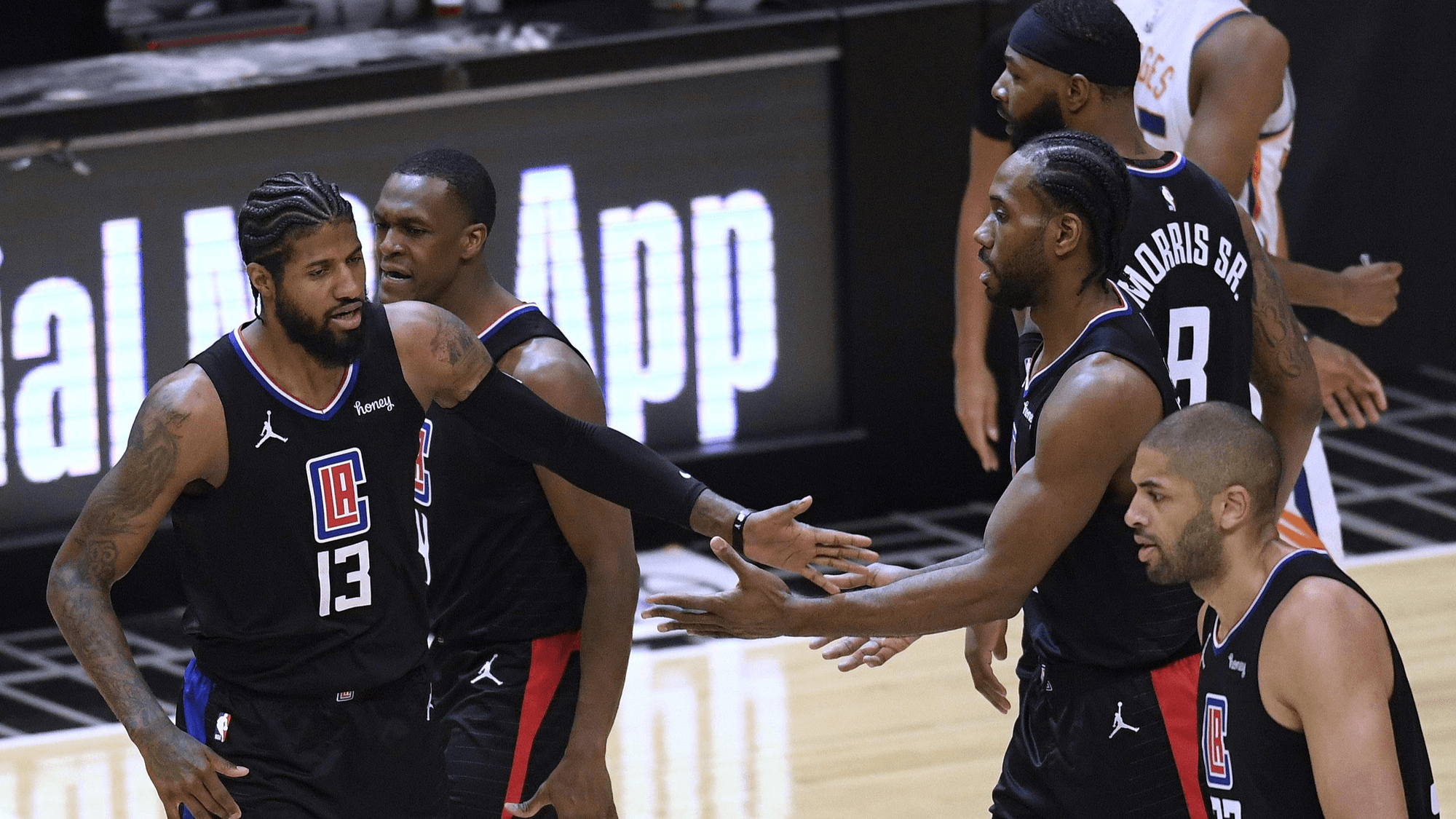 The headliner of tonight’s NBA betting schedule is the Los Angeles Clippers vs Phoenix Suns matchup, which will draw many eyes and many bets. The Suns are favored as they return home from an Eastern road trip, but Paul George and the Clippers could make it a rude homecoming.

Los Angeles Clippers vs Phoenix Suns betting odds are via FanDuel Sportsbook as of 12:25 pm ET. For more NBA betting odds, check out our NBA odds page. It features updated odds from FanDuel and other top online sportsbooks.

While the Suns and Utah Jazz hold steady as the West’s top two, the Clippers lie in wait. As the final couple of weeks of the regular season approach, the Clippers still have a chance to finish with the best record in the NBA if the chips fall their way.

They do make the trip to Phoenix following Monday’s 120-103 road loss to the New Orleans Pelicans, which can count as a missed opportunity given that the Jazz also lost Monday night. But they were playing without Kawhi Leonard, and it was also only their fourth loss in their last 21 games. That is fewer than the Sixers (9), Nets (7), Jazz (6), and Suns (5) have in their last 21 games.

Being a road underdog is a rare position for the Clippers to be in. Being an underdog in general is rare for the Clips. On the season, they are 5-4 SU and 6-3 ATS as an underdog. Not accounting for their “road” games against the Lakers, which aren’t road games in the truest sense of the word, the Clippers are 1-3 SU and 2-2 ATS as a road underdog.

Can a Favorable Matchup Be Exploited Again?

The first game after a road trip can be tricky, and the Suns just came off of one. It was a trip that saw them face the Bucks, Sixers, Celtics, Nets, and Knicks over an eight-day stretch. However, the Clippers are in Phoenix after being in New Orleans Monday night, so that is also challenging.

But the biggest factors tonight are Paul George and the Clippers’ three-point shooting, which have been decisive against the Suns twice already. The Suns are fifth in the NBA in three-point defense, as their opponents have made only 35.2 percent. The Clippers, meanwhile, shoot a league-leading 41.7 percent from the perimeter. And they have punished the Suns twice, making 17 of 29 (58.6 percent) in a 112-107 win in Phoenix on January 3 and 18 of 37 (48.6 percent) in a 113-103 win on April 8.

The NBA betting consensus gives the Suns the edge for the win, which is understandable. The Suns are 23-9 SU and 20-12 ATS at home this season. Phoenix is not an easy place to play. But with the two previous matchups in mind, the value is in the Clippers to both cover and win.

Planning to do some NBA betting tonight? Visit our sportsbooks guide, which reviews FanDuel, BetMGM, PointsBet and other top legal online sportsbooks.