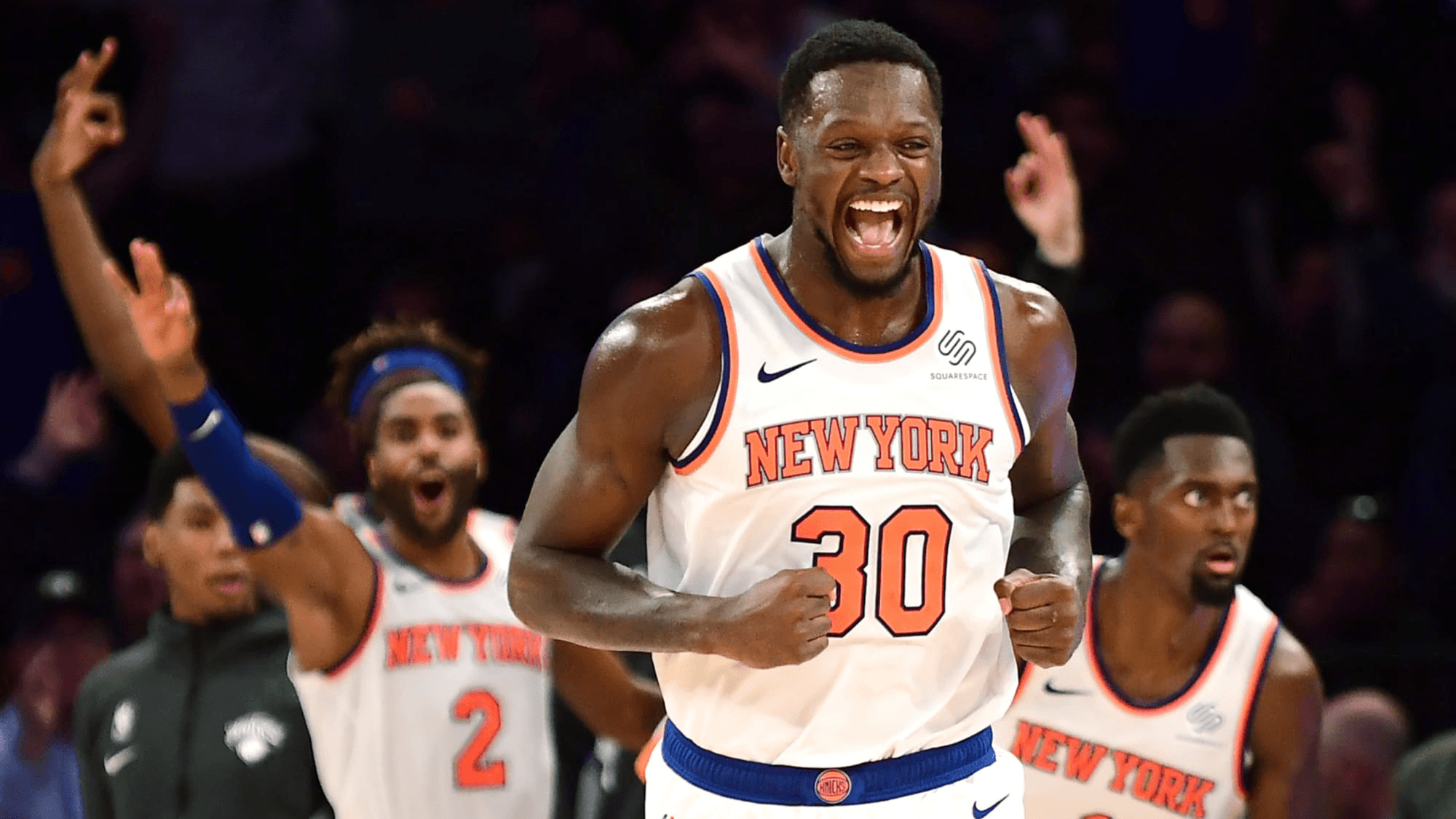 The Knicks are the best story in the Eastern Conference from the first half. They look to go into the break on a positive note as big favorites against the Pistons tonight.

The Pistons won at Toronto (Tampa) last night, becoming the last team in the Eastern Conference to get to double-digit wins. They got hot from behind the arc and that was enough to carry them to a win. If they can make another 20 three-pointers tonight they might win again. They have only won two games in a row once this season so that seems unlikely as they are just 2-5 SU playing on zero days rest. Oddly, they carry a 6-1 ATS record in those games.

Detroit did take advantage of a weakened Toronto team last night but they were not at full strength either. The biggest loss is forward Jerami Grant, who is having a great season in his first year in the Motor City. Other key losses include Delon Wright and Blake Griffin, still the most recognizable name on the team even though he barely plays these days.

Detroit could have a chance tonight because even when New York is on their game they are not really pulling away from teams.

These teams are linked right now because they recently completed a deal that landed the Knicks fading star Derrick Rose. They acquired him to try and boost the offense, the weak spot of the team (he is questionable tonight).

New York is the best defensive team in the NBA. That is an easy call to make given they are leading the league in points allowed and FG percentage defense. Yes, they are likely helped by playing at a slower pace than most clubs but last I checked giving up fewer points than your opponents is a pretty good strategy most nights.

This looks like a good matchup for New York as Detroit can’t possibly be as hot as they were against Toronto and playing on back-to-back nights with a limited roster has to sap their legs somewhat. Detroit is far from elite on the defensive end which gives the Knicks' 29th ranked offense a chance to get enough points on the board.

He might be off the radar in a league with Giannis and James Harden and LeBron James but Julius Randle is having an MVP type season. He leads the team in scoring, rebounding, and assists, and can score inside and out. Detroit has to find a way to neutralize him to have a chance.