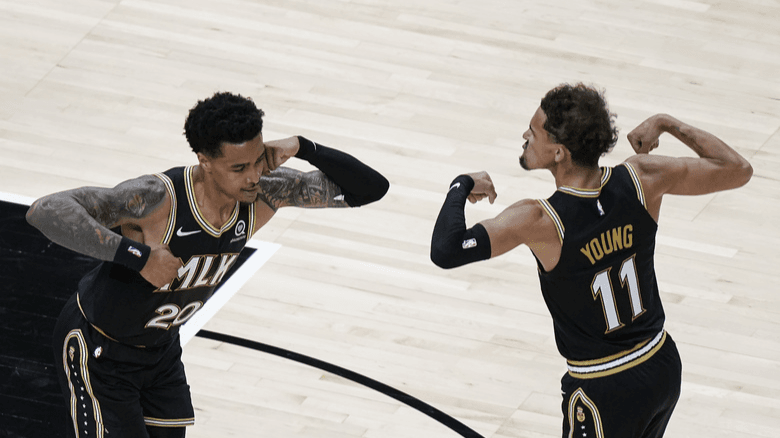 One of tonight’s highest-scoring NBA games should be the Atlanta Hawks vs Sacramento Kings matchup. The Hawks had been red hot before running into the Clippers on Monday night. Tonight’s trip to Sacramento appears to be a great place to get back into the win column. Atlanta is deeper and further ahead in their development cycle than the Kings. Tonight’s NBA odds reflect those factors, with the Hawks listed as a clear favorite on the road.

How Good Are These Hawks?

Prior to their last game against the Clippers, Atlanta had won every game since their coaching change. That was a pretty impressive run and indicates that the Hawks should perhaps be taken seriously this season.

Forward De’Andre Hunter is back in the lineup, and he can be a difference-maker for them on both ends of the floor. He also gives them more depth, which is going to be critical down the stretch. He came off the bench in his first game back but will eventually be back in the starting lineup.

Wing Cam Reddish is still hurt and forward Danilo Gallinari is questionable for this one. Galo gives them a key shooter, which makes his value higher on a team with an attention-grabbing guard like Trae Young.

This will be an interesting spot for Young. He matches up with De’Aaron Fox, another young, gifted point guard. He has to keep playing responsibly and not trying to do it all himself.

Also, this is a good spot for the Hawks. As a road favorite this season, Atlanta is 6-4 SU.

Consistency Always An Issue for Kings

The Kings return home off a solid road trip. After opening with consecutive losses, they closed 3-1, taking advantage of a tired Cleveland team on Monday night. Now they have three straight winnable games at home. What Kings team will show up on this homestand?

In the win over Cleveland, the backcourt of Fox and Tyrese Haliburton was really good, combining for 58 points. They were efficient too, as both made more than half of their shots. Fox did make only one of five threes, and he has to remember that his game is more about using his speed to get his shots whenever he wants.

Richaun Holmes is developing similarly to Clint Capela of the Hawks. You don’t have to run plays for him, but he is really good on the glass and converts the shots you do give him. Also, he has a mean streak that is an underrated quality in today’s NBA.

While this is a good spot for the Hawks, it is a bad spot for the Kings. As a home underdog, the Kings are 5-9 SU and ATS this season. Our NBA picks are split on the side, but the Hawks are a 100 percent favorite to take the win. With a moneyline hovering around -150, it might make more sense for Hawks bettors to back the moneyline over the spread.