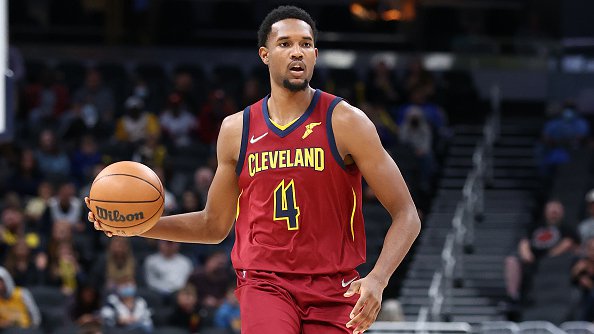 Entering the NBA season, the Cleveland Cavaliers were expected to be an improved team, so it is not a complete surprise that they have been just that. But their leap appears to be bigger than expected by most. Oddsmakers are still in wait-and-see mode with the Cavs, who are still +270 to make the NBA playoffs (FanDuel Sportsbook). But if the wins keep coming, NBA betting odds are going to reflect a more favorable outlook.

At 13-10 entering Sunday’s games, the Cavs are sixth in the Eastern Conference behind the Brooklyn Nets, Chicago Bulls, Milwaukee Bucks, Washington Wizards, and Miami Heat. Last season, they were one of the NBA’s worst teams defensively. But this season’s move up the NBA standings has been fueled by a major improvement in that area.

The Cavs made a number of additions in the offseason, but no addition has been bigger than big man Evan Mobley. Mobley may not be the NBA betting odds favorite for Rookie of the Year, but he has made a major immediate impact. Since he returned from a sprained right elbow, the Cavs have won four straight games. Coach J.B. Bickerstaff was near the bottom of the Coach of the Year odds prior to the season, but he deserves a ton of credit for how the Cavs and their mix of youth and experience has fared in the first month and a half of the season.

If there is one area of struggle for the Cavs, it is their home form. They enter today’s matchup with the Utah Jazz with only five wins in their 11 home games to date, while they are 8-4 on the road. No other team in the top ten of the standings in either the East or the West is under .500 at home. If they are to make a sustained push to return the postseason for the first time since LeBron’s second departure, that will definitely need to improve.

Can the Cavs continue their winning run against the visiting Utah Jazz this afternoon? Elsewhere, the Hawks and Rockets will also be out to keep their own good runs going.

Let’s take a look at today’s four-game schedule and the NBA betting odds and options that stick out for each matchup.

NBA betting odds listed below are via FanDuel Sportsbook as of Sunday, December 5, 2021 at 1:20 a.m. ET. To compare NBA betting odds from several top online sportsbooks, check out our NBA odds.

Betting News offers aggregated NBA betting picks for every NBA matchup every day. Below, we list the top pick(s) for each matchup. In cases where the moneyline is the top pick percentagewise but provides little to no betting value (as a single straight bet), we list the best option among the other options.

The Jazz are lagging behind the Phoenix Suns and Golden State Warriors in the Western Conference thanks in part to a little blip in early November (shoutout to Ace Enders, IYKYK). But since that blip, the Jazz have won seven of nine. This is the first of a four-game road trip for Utah, and they visit Cleveland after scoring 127, 129, and 137 points in winning their last three games.

As mentioned above, the Cavs have won four in a row–all by double digits–since Mobley returned to action. They are back home after a 3-0 road trip against the Mavs, Wizards, and Heat.

The Hornets have hit a little bump in the road, having lost their last three games. They are still scoring a high clip, but it hasn’t been enough. That could spell trouble against the Hawks, who were held to nine fourth-quarter points by the Sixers in a 98-96 loss on Friday.

The loss dropped Atlanta to 0-7 this season when they score under 100 points. If they do as they have most of the time following such performances, their team total over and the over for the game will likely both cash.

The Hawks won their previous meeting in Atlanta a couple of weeks ago, with Clint Capela’s 20 points and 15 rebounds leading the way in a 115-105 win.

The Wizards’ last four games have all gone over, but will that streak continue tonight? This will be the third meeting between these two teams this season, and the first two both went under.

Since a 109-100 road win over the Wizards on November 3, the Raptors have had a mighty tumble. Their win on Thursday against the Giannis-less Bucks was only their fourth win in their last 14 games. Other than their five-game win streak at the end of October and start of November, the Raptors have been unable to string consecutive wins together, so it will be interesting to see if they can manage to do so in this spot.

Make no mistake, the Rockets are not a good team. But like yawning, winning can be contagious, and the Rockets are suddenly one of the hottest teams in the NBA. Houston has won five in a row and is solid value to make it six in a row.

The Pelicans are on a little surge of their own. They have won four of their last six games, taking down the Wizards at home and the Jazz, Clippers, and Mavs all on the road. A week and a half ago, this game would not have generated a ton of interest. But with both teams in solid form and a light NBA schedule, it bears following.

Tonight, the most pivotal game of the 2022 NBA Eastern Conference finals takes place in Boston, with the Miami Heat taking a 2-1 series lead into their matchup with the Celtics. In Game 3 on Saturday, the Heat took control early, outscoring the Celtics 39-18 in the first quarter and leading by as many as END_OF_DOCUMENT_TOKEN_TO_BE_REPLACED