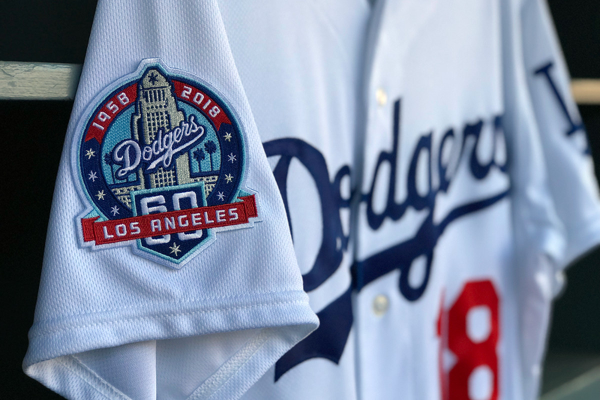 In 2017, the HoustonAstros and Los Angeles Dodgers gave the baseball world an epic seven-game World Series. Dispelling the notion of a WorldSeries hangover, both teams come into the series leading their respective divisions.  On Friday, the Astros (69-41, 5 games up in the AL West) will travel to Dodger Stadium to take on the Dodgers (61-49, 1 game up in the NL West).  The Astros will be sending out ace Justin Verlander (10-6, 2.24 ERA) while the Dodgers will counter with lefty Alex Wood (7-5, 3.68 ERA). First pitch for the first of the three-game series is scheduled for 10:10 pm ET.

The moneyline for Friday’s game is set at the Houston Astros -107 and the Los Angeles Dodgers -103.  The over/under for runs scored is set at 7.

Astros Trying To Keep Offense Going Without Their Stars

The Astros have been without their three biggest offensive stars over the last couple of games.  Carlos Correa has been on the disabled list for over a month with a back issue (although he has gone out for a rehab assignment), JoseAltuve is currently on the disabled list with knee discomfort and George Springer has been day to day after tweaking his shoulder on a diving attempt on a ball against the Mariners.  What have they done without the three…they hit for a combined 30 hits and 13 runs over their last two games. Despite the success without their stars, they certainly could use the three coming back healthy, as the offense just isn’t as deep without them in it. They are hoping to get George Springer back for Friday’s game.

On the pitching side, JustinVerlander has pitched like a possible Cy Young contender for most of the season.  On the season, he is 10-6 with a 2.24 ERA, 0.89 WHIP and opponents are hitting just .195 against him. In 148.2 innings he has 190 strikeouts and only 27 walks. Despite that, in his last three games he is 1-2, giving up a combined 7 runs over 17 innings.  He has struck out 30 over those three games, but against a potent Dodgers’ offense, the Astros are going to hope to get vintage Verlander.

Some Dodgers’ fans were worried as their offense had been somewhat sputtering over the course of the last week or so.  All of that was laid to rest on Thursday, though, when the Dodgers put up 21 runs against the Milwaukee Brewers, including 7 home runs.  Leading the charge was YasielPuig, who went 3 for 5 with 4 runs batted in, 3 runs scored and hit 2 home runs. Others hitting home runs included Joc Pederson (2), Cody Bellinger, Brian Dozier and Justin Turner.  With the additions of Manny Machado and Brian Dozier at the deadline, the Dodgers have one of the deepest lineups in the NationalLeague, if not all of baseball.

Dodgers Get Revenge In Game One Of Series

It still won’t take away the sting of losing the World Series, but the Dodgers will exact some revenge in game one of this series.  There are just a lot of things going their way. The Astros are still without their two best offensive players in Carlos Correa and Jose Altuve (three if Springer still can’t play). Also, they are catching Justin Verlander on somewhat of a cold streak as he has struggled (by his standards) as of late. Additionally, they have Alex Wood pitching really well as of late.  Be careful because the Astros have hit well both on the road and against lefties over the season, but for the reasons listed above, I am putting my money on the Dodgers at -103.