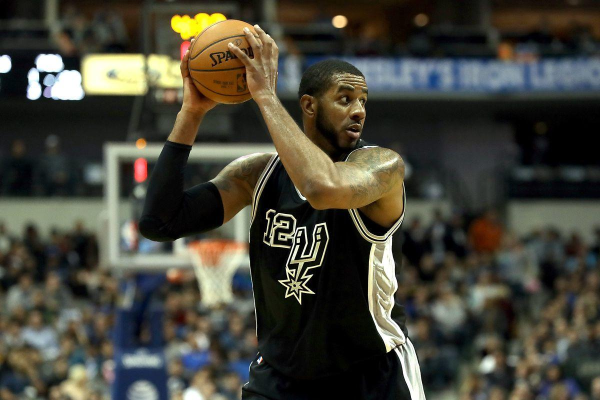 Wednesday night will feature a matchup of the best player in the game vs. one of the best teams in the game. Mike Trout andthe Los Angeles Angels (41-39) will travel to Fenway Park to take on the Boston Red Sox (53-27) in the second game of a three game series. In the first game of the series, the Boston Red Sox had their way against the Angels as they hit four home runs and even had a big night from the slumping outfielder, Jackie Bradley Jr. He went 3 for 4 with a double, a home run and 4 runs batted in. The Angels will look to even the series as they send Andrew Heaney (3-4, 3.43 ERA) to take the hill against RickPorcello (9-3, 3.44 ERA). First pitch is scheduled for 7:10 pm ET.

The moneyline for the game is set at the Los Angeles Angels +132 and the Boston Red Sox -142. The over/under on runs scored is set at 9.5.

Angels Need To Get It Turned Around

Despite having a winning record, the Los Angeles Angels are quickly running themselves out of the conversation in the AL West divisional race. Currently, the Angels sit in fourth place, 11.5 games behind the Houston Astros. Despite an optimistic offseason that saw them bring in the likes of Shohei Ohtani, Ian Kinsler and Zack Cosart, the Angels seem poised to waste another spectacular season by star centerfielder, Mike Trout. On the season, Trout is hitting .324/.459/.651 with a 1.110 OPS.

He has 23 home runs, 48 runs batted in, scored 62 runs and 13 stolen bases (he leads the team in all of those stats). Unfortunately for Trout, the team has not been able to carry their weight, leaving the Angels looking up and falling out of contention.

For the most part, AndrewHeaney has not thrown too badly for the Angels this year. He is currently 4-5, but sports a 3.43 ERA, 1.12 WHIP and opponents are hitting just .230 against him. He has 72 strikeouts in 78.2 innings and has only walked 21 in that time. He pitched well in his last start, going 7 innings, striking out 4 and allowing only one run in a 2-1 win over the Toronto Blue Jays.

The Red Sox come into Wednesday with the second best winning percentage in all of baseball (.662). The problem is that the best winning percentage belongs to the Yankees (.675), who also play in their division. Despite that, the Red Sox have played pretty well in June (14-9) and are looking to extend their winning streak to 3 on Wednesday. If there offense plays like it did on Tuesday, they will be tough to beat.

Overall, they have had some pretty stellar play out of some of their offensive pieces. Mookie Betts and JDMartinez have been two of the hottest hitters in the league this season. Betts is currently hitting .338/.424/.688 with a 1.113 OPS. He has 20 home runs, 41 runs batted in, has scored 60 runs and has 14 stolen bases. Martinez is hitting .326/.393/.646 and has a 1.039 OPS. He has 24 homeruns, 61 runs batted in, and has scored 54 runs. It is not surprising that both are leading their respective categories in the All-Star voting.

The Red Sox will send RickPorcello to the mound on Wednesday. On the season, Porcello is 9-3 with a 3.44 ERA, 1.10 WHIP and opponents are hitting .231 against him. He has 94 strikeouts in 99.1 innings pitched and has walked just 22. In his last start, Porcello went seven scoreless innings, striking out 5 in a 9-2 win over Minnesota.

Angels Even The Series

Although their records may differ, statistically there are some similarities between Heaney and Porcello. With neither one getting a huge edge, I looked at past performances against each pitcher. Albeit in small sample sizes, none of the Red Sox have had much success against Heaney, but the same cannot be said about the Angels and Porcello. Kole Calhoun, Ian Kinsler, Albert Pujols, Andrelton Simmons, and Mike Trout have all batted .290 or higher against Porcello in their career. Additionally, Calhoun, Pujols, Simmons, Trout and Luis Valbuena have all homered off of him. While the Red Sox may have been able to do some damage against Angels with their bats on Tuesday, history has shown that the Angels may be able to repay the favor on Wednesday. Take the Angels +132.