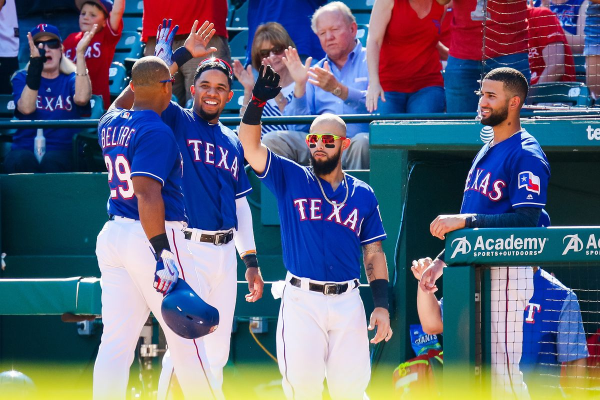 After having lost a grip on the second wild card spot to the OaklandAthletics, the Seattle Mariners have finally been able to string together a couple wins and will look to make it three in a row on Tuesday. On Monday, the Mariners were able to get by the Rangers 4-3 in extra innings. On Tuesday, the Rangers (49-65) will look for some revenge as they play host to the Seattle Mariners (65-48) at Globe Life Park. First pitch for the contest is scheduled for 8:05 pm ET.
There are days where you would pay good money to see the pitching matchup, and then there are days like Tuesday. Putting it nicely, both starters have been struggling as of late. For the Mariners, Felix Hernandez (8-9, 5.49 ERA) will be taking the mound against fellow righty Bartolo Colon (5-10, 5.18 ERA). In a game that could see lots of runs put on the board, both of these pitchers will be trying to catch a glimpse of their past success.

The moneyline for Tuesday’s game is set at the Seattle Mariners -111 andthe Texas Rangers +101. The over/under for runs scored is set at 11.

After the win on Monday, the Mariners currently sit 6.5 games out of the AL West lead, but only 2 games behind the Oakland Athletics for the second wild card spot. Trying to get on a hot streak, the Mariners will turn to Felix Hernandez. On the season, Hernandez is 8-9 with a 5.49 ERA, 1.41 WHIP and opponents are hitting .268 off of him. In 118 innings, he has struck out 97, walked 42 and has allowed 17 home runs. In fact, he has allowed more hits (124) than innings pitched (118). At this point, he is pitching for his sport in the rotation as many have called for him to be replaced. For a team trying to contend, though, it is hard to keep running him out. The team has lost in each of his last three outings, where he has gone a combined 12.2 innings, allowing 12 earned runs and striking out 10.

Offensively, the Mariners have a couple players who have had success against Bartolo Colon in their careers. Dee Gordon is hitting .368 in 38 at bats, with a home run and 4 runs batted in. Denard Span and Nelson Cruz have also both homered off of the righty. Speaking of NelsonCruz, he is leading the team in home runs (29) and runs batted in (71) this season. The Mariners will need him to continue to hit if they hope to play in October.

At 23 games out of the division lead, the Texas Rangers know they are not going to the postseason this season, but that doesn’t mean that they can’t still affect the playoffs. The Rangers are hoping to play spoiler for the Mariners and will be sending out the ageless BartoloColon to try to do so. On the season, Colon is 5-10 with a 5.18 ERA, 1.28 WHIP and opponents are hitting .277 against him. In 123.1 innings, he has struck out 71, walked 22 and has given up a whopping 24 home runs. He is looking for career win number 246, which would give him the most wins by someone from the Dominican Republic. He has had trouble getting there, though, as he has lost each of his last three starts, giving up 16 runs in 16.2 innings pitched.

Rangers Even The Three Game Series At One Apiece

The pitching is really bad on both sides of this one. With the way they have pitched this season, neither one really deserves to still be in the rotation. Additionally, neither team as a whole has been playing particularly well. While the Mariners have more to play for, the Rangers have been playing better as a whole lately winning 7 of their last 11. I also like the matchup with the lefties that the Rangers can send out against Hernandez (Joey Gallo, Roughned Odor, Shin-Soo Choo, Jurickson Profar, Willie Calhoun, and Ronald Guzman. It has taken a while, but I think Bartolo Colon finally gets his record. Take the Rangers +101.