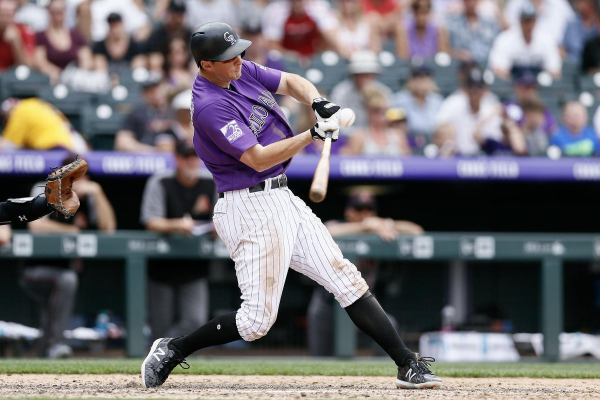 Sunday marks the last day before the All-Star break, a much-needed break for most players and a way for some teams to reset going into the dog days of August and September. For the Seattle Mariners, the opportunity to reset may not be a bad option. After challenging the Astros for the majority of the season thus far, they have lost four of their last five and have fallen five games out of first place in the AL West. For the Rockies, they are a bit of the opposite. They have won four games in a row and sit just 2.5 games out of first in the NL West. The Mariners (58-38) will try to salvage at least one game of this three game series as they travel to Coors Field on Sunday to take on the Rockies (50-45). For the Mariners, Mike Leake (8-6, 4.36 ERA) will take the mound against the Rockies’ Tyler Anderson (6-3, 3.76 ERA). First pitch is scheduled for 3:10 pm ET.

The moneyline for Friday’s game is set at the SeattleMariners +135 and the ColoradoRockies -145. The over/under on runs scored is set at 11.5, according to our MLB betting sites.

Mariners Look To End First Half On Good Note

Despite their rough stretch over the last week, the Mariners have had a good season thus far and are hoping to salvage the last game of the series to go into the break on a positive note. To do so, they will be sending veteran Mike Leake to the mound. On the season, Leake is 8-6 with a 4.36 ERA, 1.33 WHIP and opponents are hitting .278 against him. In 115.2 innings, he has struck out 71 and walked just 27. The more alarming stats are the fact that he has given up 16 home runs and has allowed 127 hits in the 115.2 innings. In a hitter’s park like Coors Field, that might not be a good sign. In his last outing, Leake took the loss after going only 4 innings and giving up 5 earned runs.

Rockies Look To Make It Five In A Row

The Rockies just keep hanging around in the NL West. Just 2.5 games out, they have the offense to make a run at winning the division; however, they are going to need their pitching to follow suit. One pitcher who has been up to the task thus far in the season is TylerAnderson. On the season, the lefty is 6-3 with a 3.76 ERA, 1.22 WHIP and opponents are hitting just .235 against him.

In 107.2 innings, he has 102 strikeouts versus 37 walks. The long ball has also been an issue for him (16 given up). Anderson has been really good lately, though. In his last 3 starts, he has pitched 22 innings and has only given up a combined 1 earned run. He has also had at least 8 strikeouts in each of the three contests.

Offensively, the Rockies have had some success in the past against Mike Leake. Nolan Arenado is hitting .375 against him with 2 home runs and 4 runs batted in. Charlie Blackmon and Gerardo Parra have also taken him deep. Additionally, Ian Desmond, Trevor Story, Carlos Gonzalez, DJ LeMahieu, Parra and Arenado are all hitting .300 or higher against him. With that type of past success, it wouldn’t be shocking if the Rockies were able to get to Leake early and often.

There is just a lot to like about the Rockies in this matchup. Their starter is not only the better pitcher, but he has been sizzling in his last several starts. The offense has been rolling as of late, and they have a track record of success against Mike Leake. For the Mariners, they just seem to be in a bit of a tailspin and are probably looking forward to the break next week. I have to go with the Rockies in this one. Take them -145.