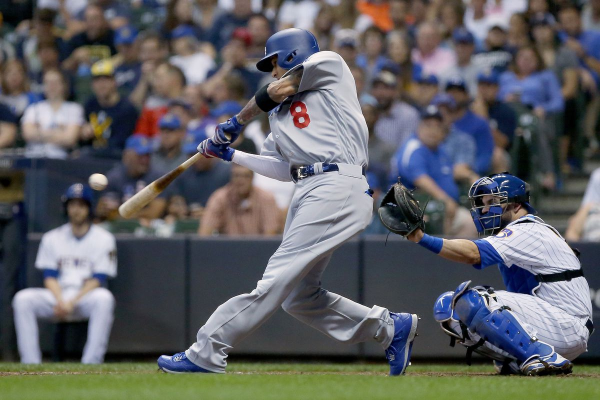 Baseball in September can get awfully exciting when there are pennant races in play and Saturday will feature a great example of that. The Arizona Diamondbacks (74-61) will be traveling to DodgerStadium to take on the Los Angeles Dodgers (73-62).

Currently separated by just one game in the division, both teams are trying to make a push to the playoffs. In fact, in the division you have the Diamondbacks leading, the Dodgers back 1 game and the Rockies back 1.5 games. Thus, every game is important from here on out. If the game wasn’t exciting enough, there is a great pitching matchup in this one, too. The Diamondbacks will be sending Patrick Corbin (10-5, 3.15 ERA) to the mound to battle with the Dodgers’ ace, Clayton Kershaw (6-5, 2.39 ERA). First pitch is scheduled for 9:10 pm ET.

The money line for Saturday night’s game is set at the ArizonaDiamondbacks +146 and the Los Angeles Dodgers -156. The over/under on runs scored is set at 7.

Diamondbacks Looking To Put Space Between Them And Rest Of Division

The Arizona Diamondbacks know that they are battling for their playoff lives every single game. When you are facing your divisional foe, the game becomes that much more significant. Trying to give the Diamondbacks the edge, they will turn to southpaw Patrick Corbin.

On the offensive side, it is amazing to think that at the beginning of the season many were worried about the prolonged slump of PaulGoldschmidt. Now, as we start September, he is hitting .291/.395/.541 with a .936 OPS. He has 30 home runs, 76 runs batted in and has scored 82 runs. Additionally, he has had some success in his career against Clayton Kershaw. In 41 at bats he is hitting .244 with 3 home runs and 9 runs batted in.

Recently, though, he has been dominant. In his last three starts, he has gone 23 innings, allowing 4 earned runs and striking out 25. When the Dodgers need him most he has been brilliant, and he will try to continue that on Saturday.

Although limited due to injuries, Justin Turner has also been brilliant on the offensive side in the second half. The third baseman is now hitting .312 and hit his 11th home run of the season in game one of the series, a home run that ended up being the game winner. He is also hitting .400 against Corbin in his career with a couple of home runs. If the Dodgers can get Turner, Machado, Bellinger, and Muncy clicking at the same time, they would have one of the best lineups in the National League.

One of the biggest weaknesses this season for the Dodgers has been their bullpen. Kenley Jansen has been inconsistent (although some medical conditions have not helped) as he is 0-5 this season and has blown four save opportunities. Still, the big righty is sporting a 3.09 ERA, 1.03 WHIP and opponents are hitting .204 off of him. On Friday, the Dodgers did get him some help, though, as they acquired Ryan Madsen from the Nationals, a righty who has closed at times this season in Washington.

Dodgers Pull Into Tie For First In NL West

Patrick Corbin has been dominant lately, but I just have a hard time betting against Clayton Kershaw, especially when his stuff has been Cy Young-like over the last several starts. If the Diamondbacks can scrap out a couple runs off of Kershaw they certainly have a chance, as Corbin has been solid on the mound, but for my money, I will go with Kershaw all day long. Take the Dodgers -156.