Pennant Races Continue to Heat up in Major League Baseball 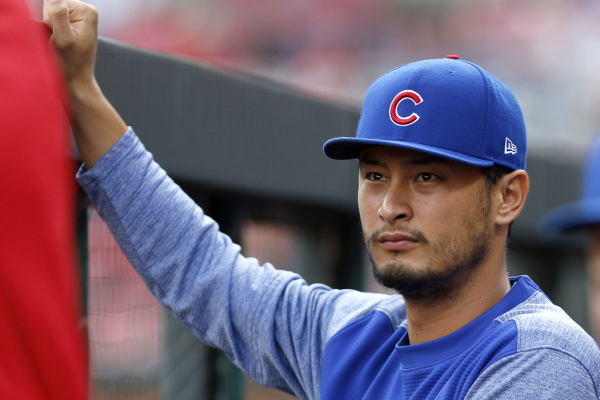 It has been another crazy week in Major League Baseball, and we still haven’t made it to September when things should really get interesting. Let’s take a look at some of the top stories from the past week.

Dodgers closer Kenley Jansen made a surprise return from the DL this week. Jansen was sidelined earlier this month after suffering from an irregular heartbeat. He was initially expected to miss at least a month of action. However, doctors took him off blood thinners and cleared him to return after just 11 days on the DL. He has struggled in his first couple of games back, but he should return to form soon, something the Dodgers need to happen as they start to slip in the NL West standings.

Speaking of closers, the Astros announced this week that RobertoOsuna will be handling their closing duties the rest of the season. Osuna was acquired before the trade deadline after former closer Ken Giles was demoted. Of course, Osuna was traded while still serving a suspension following a domestic violence arrest. However, he’s picked up where he left off before the suspension, so rather than mixing and matching late in games, the Astros will look to Osuna in save opportunities.

One of the biggest stories of the week came out of Washington, as the Nationals are officially giving up on the season. In the span of just a couple hours, the Nats traded Daniel Murphy to the Cubs and Matt Adams to the Cardinals. The moves signal that Washington has accepted that they aren’t going to be able to catch up to the Phillies and Braves in the NL East or make a move in the wild-card race. Meanwhile, the Cubs and Cardinals both add a veteran hitter who should be able to help them coming down the stretch.

The Rockies also added a veteran bat this week, but in a different way. Colorado called up Matt Holliday just a few weeks after signing him to a minor league deal. Holliday went unsigned over the winter despite a solid season with the Yankees last year. Of course, he spent the first five seasons of his career with the Rockies, so this is a bit of a homecoming for him.Holliday figures to start against left-handed pitchers and give the Rockies a power threat coming off the bench late in games. It’s a minor move this late in the season. However, Holliday was crushing it for two weeks in the minors so he may be able to help the Rockies either catch the Diamondbacks or secure a wild-card spot.

Quite a few players on contending teams went to the DL this past week. The Yankees, who are suddenly snake-bitten, sent two players to the injured. First, Didi Gregorius went down with a bruised heel. His status is a little up in the air, but he should miss at least a couple of weeks. AroldisChapman also went to the DL after complaining of tendinitis in his knee. Chapman has pushed through pain this season, but it got bad enough during his outing on Tuesday that a DL stint became appropriate. After getting a platelet-rich plasma injection, he’ll be out at least two weeks.

Over in the National League, the Cubs and Cardinals both lost players to injury, ironically after acquiring players from the Nationals. For St. Louis, Marcell Ozuna went to the DL with shoulder inflammation. He’s been bothered by the problem all season, so perhaps a little rest can get him fresh for September. In Chicago, Addison Russell was lost to a finger injury. Fortunately for the Cubs, they can easily insert Murphy at second base and push Javier Baez to shortstop. In fact, even after he returns from the DL, Russell could have a hard time earning back his spot.

Speaking of the Cubs, they learned this past week that Yu Darvish won’t be coming back at all this season. After having a rehab outing cut short,Darvish was diagnosed with a stress reaction in his elbow. He initially went to the DL in late May with a triceps strain and hasn’t been back since. He made just eight starts for the Cubs this season after signing a six-year, $126 million deal over the winter, a contract that doesn’t look so good from Chicago’s perspective at the moment.