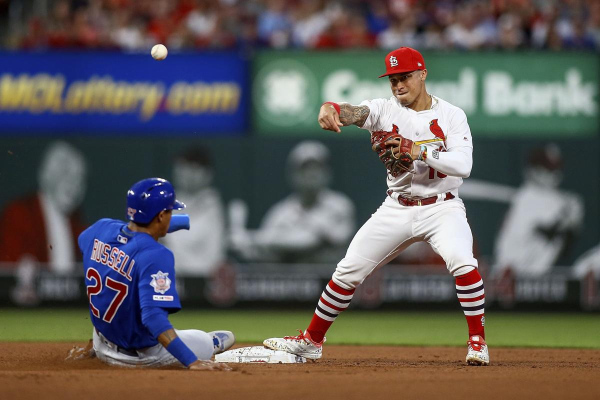 As competition in the National League’s most hotly contested division continues to develop, who will leave the division victorious?

Baseball’s ultra-long season has resulted in multiple developments across the leagues and divisions. Fastly emerging as MLB’s most hotly contested division, the NL Central has turned into a slugfest, with the “worst” team of the division having only a 6.5-game deficit to make up in order to take the top spot.

After a recent sweep of the Chicago Cubs by the St. Louis Cardinals, yet another shift of power has occurred, making it one of the hardest divisions in baseball to call. But being gamblers, we always like a good challenge — especially when there is an opportunity to cash some tickets. So which team will emerge victorious and proudly don their NL Central champions gear come fall?

As the division presently stands, the Milwaukee Brewers are top dogs. With a 6.5-game lead over the division’s “basement dwelling” Cincinnati Reds, this is a division that could easily become anyone’s game if bats get hot enough and pitchers throw the ball well.

Followed closely behind the second-place Chicago Cubs — who are only a game behind — the next two closest teams are the Cards and Pittsburgh Pirates, who are within three and five games, respectively, from snatching the lead away from the Brewers.

Examining recent divisional prices, in addition to opening lines, bettors can better discern who has value and who might be overachieving.

Despite being third-place dogs to the Cards and Cubbies, the Brewers have been swinging the bat well and are the fourth-best scoring team in the National League. Despite being the 10th best team in the NL for runs allowed, their penchant for heavy hitting at-bats, thanks to team leaders Lorenzo Cain and Christian Yelich, the Brewers have demonstrated that they’re not a fluke.

Despite an upcoming matchup with the (truly) basement dwelling Miami Marlins, which looks easy on the surface, don’t discount the Marlins. They have one of the better pitching staffs in the MLB and have been able to match their solid scoring defense with high-scoring affairs in late. If the upset-minded Marlins can make the Brewers stumble, it would make their upcoming series with the Pirates all the more critical. Either way, they are performing well, but it remains to be seen if they can handle the pressure of being the division’s frontrunners.

After a disappointing series against the Cardinals, their Central-winning aspirations took a slight dent. That said, the Cubs are within striking distance, as are most teams in the division. Given the Cubs’ recent success the past few seasons, as well as their major additions — Yu Darvish has been solid, especially as of late — don’t count them out. Despite the recent disappointments and underwhelming performances, like against the Reds and Cards, their pitching staff and bats can still beat anyone in this league, let alone division.

Don’t sleep on the Cubbies. Tremendous value still exists even as slim dogs to still win the Central.

The Cards have been playing well as of late, and after sweeping the rival Cubs, their chances of usurping the Brewers are alive and well. With only a game separating the two teams and an equal win-rate in their last 10 games, the Cards are poised to make a run.

Tremendous value on the Cards if they can continue their run. A pivotal series against the Reds awaits them, and if the Reds fail to play spoiler, this may be the run the Cards need to make a power play for Central domination.

The Pirates were the biggest dogs to win the division, and while they have been a plus-.500 team, they have failed to make an impact against their divisional rivals. They have been abysmal in their last 10 at a 30-percent win rate.

With a series against the Brewers, who nearly swept them recently, they desperately need to get back on the road again before things fall completely out of favor.
Even still, I don’t see much value here to win the Central.

The Reds have excelled at playing spoiler to a lot of otherwise solid teams in the NL. After a few upset wins against the heavily favored Cubs, they have done enough to frustrate their divisional rivals in recent series.

That said, in what has been an ultra-competitive division as of late, the Reds may not be able to keep up with the pace-setting Cards and Brewers. Despite timely at-bats and efficient plate appearances, their chances at winning the division are most certainly priced right around where they should be.