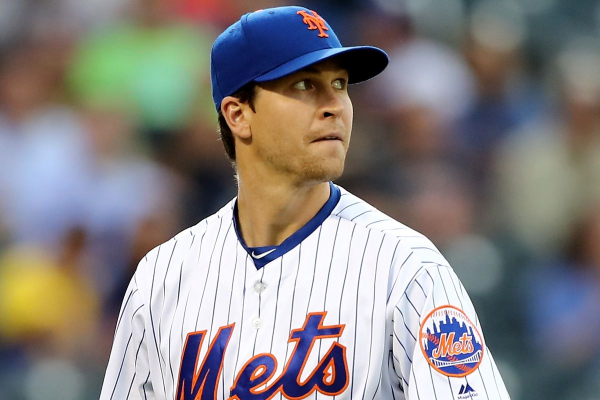 In what is turning out to be a battle in the NL West, the Los Angeles Dodgers have momentarily taken the lead. After a 3-2 win over the Arizona Diamondbacks, the Dodgers currently sit ½ game above the Colorado Rockies and 1 game over the Diamondbacks. For them, every game between now and the end of the season matters. For the New York Mets, they have a whole lot less to play for.

The money line for Monday night’s game is set at the New York Mets +117 and the Los Angeles Dodgers -127. The over/under on runs scored is set at 7.

Positives Can Be Found In Mets Lost Season

In an otherwise lost season, there are some positives that the Mets can pull out of this season and one of the biggest will be taking the mound on Monday. Jacob deGrom has been electric this season. In fact, no offense to Max Scherzer, deGrom should be the NL Cy Young Award winner.

Those are ridiculous numbers, but the sad reality is that in those games his record is 1-1. The Mets offense has just not been able to get him any run support to help his cause. Still, he will look to do his job on Monday and hope that the rest of his team does theirs.

While there are not a lot of names to get excited about with the Mets on the offensive side, Jeff McNeil has been playing pretty well over the last 30 days. In that time he is hitting .350/.391/.495 with a .886 OPS. He has 3 triples, a home run, 10 runs batted in, 14 runs scored and 4 stolen bases in that time. Still for a team that has the potential to have a dominant starting rotation, they have an anemic offense.

The Dodgers have been on a bit of a roll lately. In their last 10 games, they are 8-2 including taking 3 of 4 from the Diamondbacks over the weekend. Now, they will look to Alex Wood to preserve the division lead they have taken. On the season, Wood is 8-6 with a 3.42 ERA, 1.17 WHIP and opponents are hitting .242 against him. In 139.1 innings, he has 122 strikeouts, 35 walks and has allowed 13 home runs. Wood pitched pretty well in his last start, a 3-1 win over the Rangers, going 7 innings, allowing no earned runs and striking out 5.

Offensively, JustinTurner has been absolutely raking over the last 30 days. In that time he is hitting .408/.491/.704 with a 1.195 OPS. In those 30 days he has a triple, 5 home runs, 18 runs batted in and has scored 20 runs. On Monday, it will be interesting to see what happens with Turner against deGrom.

While Justin has been seeing the ball really well lately, he has not fared well at all in his career against JacobdeGrom. In fact, in 16 at bats he has yet to get a hit off of him. Whether it be his success lately or his ineptitude against deGrom, something will have to give on Monday.

This is a hard one to pick. JacobdeGrom has 24 straight starts of allowing 3 or fewer runs, 19 quality starts in a row and, as mentioned earlier, is a likely finalist for the Cy Young Award. Unfortunately, the Mets are bad, particularly their offense and if they can’t score runs, deGrom can’t get wins. That brings us to Monday.

Alex Wood has been ok this year, but he hasn’t been exceptional. I don’t like the Mets offense, but I do think they will be able to find a way to put up a couple runs against the Mets and a couple runs may be all Jacob deGrom needs to win. Take the Mets in this one at +117.