MLB Battle in the Bay: Oakland Athletics vs. Houston Astros 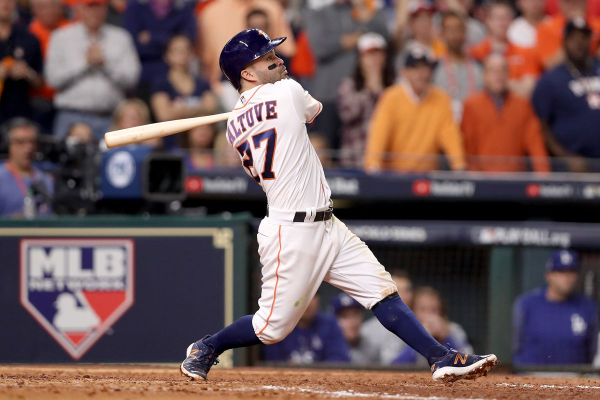 The defending champion Houston Astros are visiting division rival this week when they take on the Oakland Athletics. Game two of the series will take place on Wednesday night. Both the Astros and the Athletics are trailing the Seattle Mariners in the AL West division.

The Oakland Athletics weren’t projected to challenge for the division title this season, but are currently playing over .500 baseball. The A’s still find themselves in fourth place in the AL West, and are trailing the Mariners by 8 games heading into this matchup. If the Athletics don’t make a run soon, they could find themselves as sellers at the trade deadline.

Left fielder KhrisDavis has led the Oakland offensive attack so far in 2018. Davis leads the team with 17 home runs and 46 runs batted in. Davis appears to be the headed to the All-Star game next month as the Athletics representative. Veteran Jed Lowrie has also had a solid season at the plate for the Athletics, but they need more production to stay in the divisional race.

The defending World Series champion Astroshave picked up right where they left off in terms of offense. Jose Altuve continues to prove that he is one of the best hitters in all of baseball, and is currently has a robust batting average of .342. The reigning MVP is making a strong case to win the award for a second consecutive year.

The Astros lead all of baseball in run differential, and have outscored opponents by a whopping 127 runs this year. Houston is facing stiff competition in the AL West, and are currently trailing the red hot Seattle Mariners. Look for Houston to look to add pieces at the trade deadline to reclaim the AL West Title.

The Athletics are sending young pitcher, Paul Blackburn, to the mound in game two of the series. Blackburn faces a tough challenge in trying to find a way to navigate through the dangerous Houston lineup. The Athletics know that they will need to win head-to-head matchups against the Astros if they are going to climb back into the race.

Houston has a dominant offense, but their real strength is in their pitching staff. The Astros lead Major League Baseball in team ERA, and have a starting rotation filled with Cy Young Candidates. One of these pitchers, GerritCole, will start on Wednesday night. Look for Cole to have another solid outing, while the Astros lineup scores plenty of runs off the young A’s pitcher. Bet the Houston Astros -170 over the Athletics in game two of the series.

Tonight’s NBA betting schedule is lacking in overly compelling matchups, but tonight’s action will also be taking place with a few notable names missing. Booker, Morant, and Lillard Sidelined Tonight and Beyond Booker Out Versus Pistons Due to Hamstring Injury The Phoenix Suns lost Devin Booker (hamstring) on Tuesday against Golden State but closed out END_OF_DOCUMENT_TOKEN_TO_BE_REPLACED