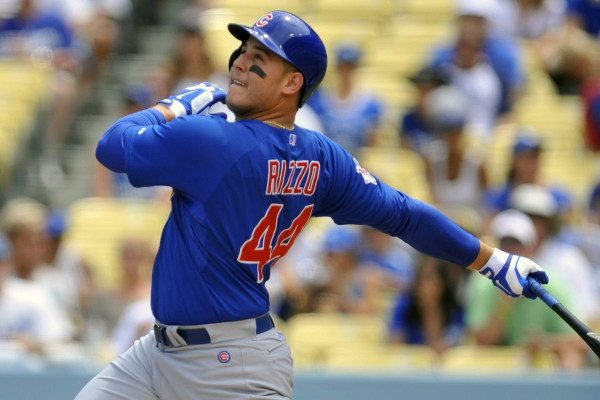 The Los Angeles Dodgers will travel to Chicago this week for a three game series against playoff rival, the Chicago Cubs. This is the first meeting between the two teams this season, but the Dodgers and Cubs have met in the last two National League Championship series.

The Chicago Cubs will send veteran Mike Montgomery to the mound in game two of the series. The left hander has been terrific for the Cubs the last few years and could possibly find himself staying in the Cubs rotation. The Dodgers will counter with lefty, Rich Hill, who has struggled through injuries in his time with the Dodgers. The Chicago Cubs are +125 against the Dodgers in game two of the series.

The Los Angeles Dodgers have struggled to score runs all season long, and injuries have not helped this problem. Veteran Matt Kemp has done his best to keep the team afloat and is having one of the best years of his career. Kemp is hitting .338 on the season and has also driven in 43 runs, both lead the team. Kemp appears to have found the Fountain of Youth and the Dodgers are benefitting from it.

The Dodgers have done a decent job of scoring runs this season, but their team batting average still needs to improve if they are going to contend for a playoff spot. The Dodgers rank 6th in the Major Leagues, in large part due to their ability to hit home runs. Los Angeles struggles to hit for average however and ranks in the bottom half in the league in team batting average. The Dodgers must find a way to be more consistent on offense to beat the Cubs, and challenge the Diamondbacks in the NL West.

Javier Baez left Sunday night’s game after being hit by a pitch in the left elbow by Cardinals pitcher Jack Flaherty. The Cubs were shut-out in that game, and his replacement AddisonRussell struggled in the field a bit.  Baez was able to avoid serious injury, and the Cubs are hoping that he can return for Tuesday night’s game. Baez has been an offensive star this season for the Cubs, and leads the team in both home runs (14) and runs batted in (46). Cubs fans are giving Baez his proper respect, as he is the leading All Star vote getter at second base.

The Chicago Cubs are still trying to catch the Milwaukee Brewers in the National League Central division. The Cubs with the rain-out on Monday have tied the Brewers, and are 4 games ahead of the Cardinals.  The Cubs have had a great month of June and appear to be ready to take the division lead from the Brewers for good at any moment.  This would be the third straight NL Central Divisional title for Chicago, after making the playoffs as the wild card in 2015.

Both teams will have to find some energy after sitting around all night at Wrigley Field. This is the first matchup between these playoff rivals this season, and this series appears to be a great one. The Dodgers will be looking to find some offense to try to take what will now be the series opener.

After the Novak (or Novax?) Djokovic visa saga dominated pre-tournament headlines, we can finally look forward to some on-court headlines as the Australian Open gets underway. Djokovic news has taken the focus off of the tournament, which is certainly understandable. After all, the fate of the world number one and top seed would significantly impact END_OF_DOCUMENT_TOKEN_TO_BE_REPLACED