Maddon Hired by Angels; Can They Turn it Around Quickly? 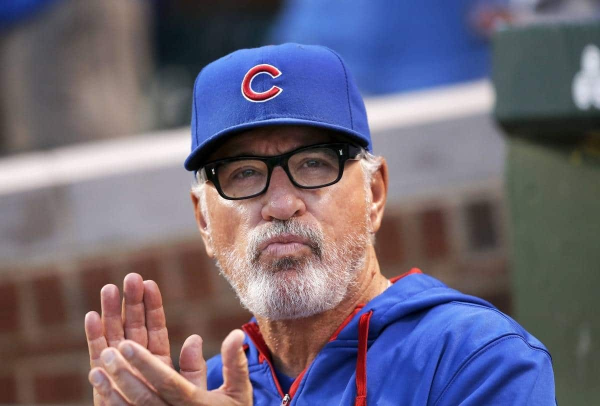 Ever since the Chicago Cubs let go of Joe Maddon as manager of the club, every baseball analyst in the world seemed to be pointing at the inevitable marriage between Maddon and the Los Angeles Angels. On Wednesday, the long-anticipated deal was agreed upon.

According to reports, Maddon and the Angels are agreeing to a three-year deal in the $12 to $15 million range, and the new manager will be introduced at a press conference next week.

Maddon, who’s a three-time Manager of the Year, is now returning to the club with which he spent the first 31 years of his career as a player, coach, and interim manager. Despite leaving the Angels to take managerial positions in Tampa Bay and then Chicago, owner Arte Moreno remained fond of Maddon and couldn’t pass up an opportunity to add him to the franchise.

Maddon will be replacing Brad Ausmus, who only survived a single year in charge of the Angels. A 72-90 season combined with the availability of Maddon was too much for Ausmus to overcome.

Now, Maddon returns to the team with which he served as bench coach under manager Mike Scioscia from 2000 to 2005, including the club’s championship season in 2002.

When Maddon left the Angels for the Rays, he knew he was joining a club with a low budget. Despite a lack of big-money players, Maddon’s nine years in Tampa Bay were a success.

Including one World Series appearance, Maddon led the Rays to the playoffs on four separate occasions and won at least 90 games in five of his nine years there.

Maddon’s accomplishments with Tampa Bay earned him the manager position with the Chicago Cubs, where he made the playoffs every year except this past season. In 2016, Maddon helped the Cubs end their World Series drought with a championship.

Across his entire managerial career, Maddon has 1,252 wins and 1,069 losses to go with his two pennants and one World Series title.

Although the Angels haven’t reached October baseball since 2014, Maddon is inheriting a team with plenty of talent.

For starters, Los Angeles is the home of Mike Trout, who’s widely considered to be one of the best players in baseball. In 2019, Trout owned a batting average of .291 while racking up 45 home runs and 104 RBIs, all of which led the team.

Maddon will also get to use the versatile Shohei Ohtani, who should return to pitching after a year of designated hitting following surgery. This season, Ohtani batted .286 with 18 home runs and 62 RBI.

The bigger problem for Maddon will be the pitching staff. The Angels were a middle-of-the-pack team on offense with 769 runs scored, but they ranked 25th in the majors with a team ERA of 5.12.

If Maddon is to lead the Angels to the playoffs in 2020, expect the pitching staff to be overhauled before then.

Can Maddon Turn the Angels Around?

With the 2019 World Series yet to get underway, it’s far too early to focus on World Series odds for 2020, yet here we are.

And for the Angels, the odds are telling us new manager Joe Maddon has a huge job ahead of him next year. With odds of 100/1, the Angels have better odds to win the World Series than just six other clubs.

So, an upgraded pitching staff should allow Maddon to earn a better record than the 2019 Angels, but don’t expect the club to compete for anything more than a Wild Card spot in 2020.