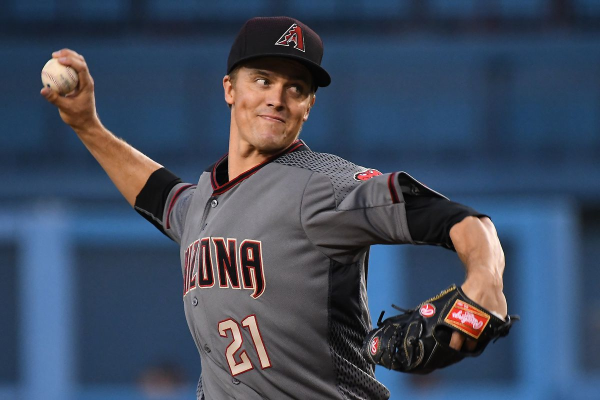 The Los Angeles Angels and the ArizonaDiamondbacks will begin a brief two game interleague series on Monday night. The series will take place at Angel Stadium in Anaheim, California. Since the game will be played in the Angels home ballpark, the designated hitter will be used for this series.

The Diamondbacks continue to lead the National League West division, but the Los Angeles Dodgers are hot on their trail. The Angels currently find themselves in fourth place in the AL West, and are 9.5 games behind the Houston Astros. The Arizona Diamondbacks are -108 over the Angels in the series opener.

Veteran ZackGreinke will start for the Diamondbacks in the series opener. Greinke is having a decent season, but is pitching nowhere near the level that he was at just a few years ago. Greinke is just 5-5 with a 3.87 ERA so far in 2018, but the Diamondbacks need better outings from one of their top pitchers in their rotation. Look for Greinke to give Arizona a solid outing on Monday night.

David Peralta leads the Diamondbacks in both batting average and home runs. Peralta is hitting .279 on the season and has belted a team high 14 home runs. The Diamondbacks struggle to score runs, but Peralta has done his best to keep the team at the top of the standings. The use of a designated hitter should help Arizona in this series.

Mike Trout is the best player in baseball, and this season he appears to be elevating his game to even greater heights. Trout leads the Angels, and most of baseball, in several offensive categories. The superstar has already pounded out 23 home runs to go along with a very impressive .328 batting average. Pitchers have not been able to figure out a way to get him out since he got to the Big Leagues.

The Angels will send Jaime Barria to the mound to oppose Greinke on Monday night. Barria is 5-2 with a 2.61 ERA so far this year, and appears to be a solid starter for years to come with the Angels. If Los Angeles can find a way to build a solid pitching staff, the offense of Trout could be enough to contend for a playoff spot.

The Angels have struggled to win at home this season, and that is one of the reasons that they find themselves in fourth place. Los Angeles needs to find a way to win games in their home ballpark. They get a tough test against Greinke in the series opener against the Diamondbacks.

Arizona is trying to hold off the Dodgers in a very tight NL West. The Diamondbacks went through a bad slump in the month of May, but appear to have things figured out again. Look for Greinke to give them a quality start to set the tone against the Angels. Bet the Arizona Diamondbacks -108 over the Angels in game one of the series.