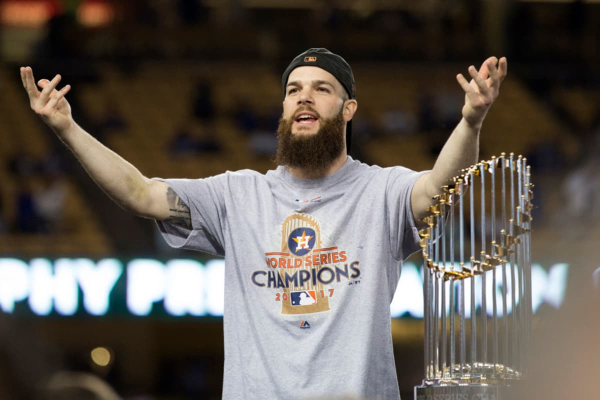 It is Friday the 13th, which means anything can happen.  For two teams who are on cold streaks, both the Detroit Tigers and Houston Astros hope that those things happen in their favor.  The Tigers have gone 3-7 in their last 10 games, including a four game losing streak. For the Astros, they just lost three of the last four against the Oakland Athletics.  For the Tigers, who are 12 games back in their division, they may be looking more towards the deadline as possible sellers. For the Astros, who are leading the AL West, they are trying to hold on against the surprising Seattle Mariners.  It will all play itself out on the field when the Tigers (40-55) travel to Minute Maid Park to take on the Astros (62-34). The Tigers will send former Astro Mike Fiers (6=5, 3.65 ERA) to the mound to take on Astros’ lefty Dallas Keuchel (6-8, 3.95 ERA). First pitch is scheduled for 8:10 pm ET.

The moneyline for Friday’s game is set at the Detroit Tigers +237 and the Houston Astros -260.  The over/under on runs scored is set at 8.5.

Mike Fiers was part of the 2017 ride for the Houston Astros that led to a World Series title.  Now with the Tigers, the righty has shown success and is looking to continue it versus his former team.  On the season, Fiers is 6-5 with a 3.65 ERA, 1.21 WHIP and opponents are hitting .253 against him. In 98.2 innings, he has struck out 74 and only walked 21.  One issue that he has struggled with is the long ball, giving up 17 on the season. In his last start, Fiers went 6 innings, giving up 1 earned run and striking out 6 in a win over the Texas Rangers.

Offensively, the Tigers have gotten a pretty nice season from Nick Castellanos.  This season he is batting .305/.358/.523 with a .881 OPS. He has 15 home runs, 56 runs batted in and has scored 53 runs (he leads the Tigers in all three categories).  With Miguel Cabrera out for the rest of the season, Castellanos will have to be the centerpiece of an otherwise weak lineup.

Astros Looking To Bounce Back After Tough Series

The Houston Astros pitching staff has been pretty phenomenal this season, so much so that Dallas Keuchel, a former Cy Young Award winner, has been the “worst” of the bunch.  Even at that, he has been pretty darn good lately. After a rough start to the season, Keuchel is now at 6-8 with a 3.95 ERA, 1.31 WHIP and opponents are hitting .263 against him. In 116.1 innings, he has struck out 89 and walked 32.  While those numbers aren’t overly impressive, he has been really good as of late. In his last five games, he is 3-0 with a 2.59 ERA including wins in his last two games. His last game, a 2-1 win over the White Sox, featured him pitching 7 innings of one run ball, striking out 2.

Offensively, there aren’t too many people hotter at the plate than AlexBregman.  In the last 30 days, Bregman is hitting .327/.405/.718 with a 1.123 OPS. He has 11 home runs, 28 runs batted in, 10 doubles and 25 runs scored in that time.  That success has catapulted him not only to being an AL All-Star this year, but also an invitation to take part in the Home Run Derby. With Carlos Correa on the disabled list and GeorgeSpringer scuffling (in his last 30 days he is hitting .127/.246/.167), Bregman has had to be a big part of the offense.

Astros Take Game One Of Series

There are some things to be optimistic if you are a Tigers fan.  Off of Dallas Keuchel, Nick Castellanos has hit .357 with a home run, VictorMartinez is hitting .353 with a home run and James McCann has hit .500 with a homer.  In terms of Fiers, there isn’t much history against the Astros as he has been on their team for the last few years. Regardless, Dallas Keuchel has been on a bit of a roll lately, and I think he continues it against the Tigers on Friday.  I think Keuchel goes deep in this game, saving a bullpen that has struggled over the last couple days, and the Astros put up enough on Fiers to get by. I would love to take the +237 with Detroit, but I am going to have to go with the defending champs.  Take the Astros -260.