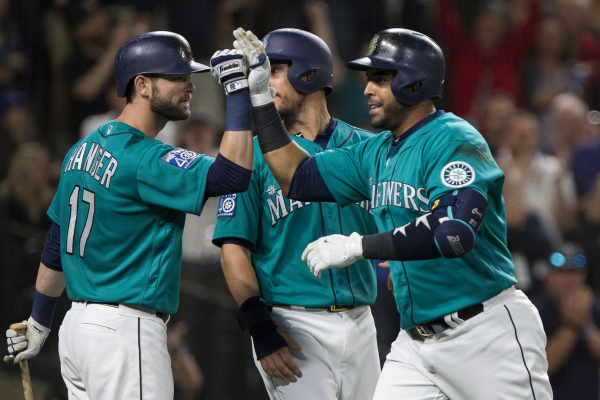 The AL West is becoming a three-team race and unfortunately for the Angels, they are on the outside looking in. For the Mariners, though, they currently sit in second place, 5 games back of the Houston Astros and currently hold the second wild-card spot. With the Oakland Athletics hot on their tail, they could use a good weekend. The two teams will meet up starting on Friday when the SeattleMariners (61-41) travel to Angel Stadium to take on the Los Angeles Angels (52-52). The matchup will feature a pair of southpaws as the Mariners send Wade LeBlanc (6-1, 3.44 ERA) to the mound to face off against Andrew Heaney (6-6, 3.66 ERA). First pitch is scheduled for 10:07 pm ET.

The money line for Friday’s game is set at the Seattle Mariners +125 and the Los Angeles Angels -135. The over/under for runs scored is set at 8.5.

Seattle Trying To Hold On In Playoff Race

With an 8-10 record in the month of July, the Mariners are trying to right the ship. With about a third of the season left, it seems as if they have lost momentum and need to play with a bit more consistency if they have any hopes of making the playoffs. One player who has been surprisingly consistent for the Mariners is lefty Wade LeBlanc. On the season he is 6-1 with a 3.44 ERA, 1.13 WHIP and opponents are hitting .245 against him. In 96.2 innings he has 76 strikeouts and just 19 walks. He has pitched so well that Seattle signed him to a one-year extension that also includes three club options that could keep him a Mariner through the 2022 season.

Angels May Look To Move Pieces As Trade Deadline Looms

At 15 games out in the division, the Angels will likely look to sell off some pieces as the trade deadline approaches. They actually moved their first piece on Thursday, when catcher MartinMaldonado was moved to the Astros for a prospect and international bonus pool money. One player that the Angels will probably not look to move, despite having a pretty good season, is lefty Andrew Heaney. On the season, he is 6-6 with a 3.66 ERA, 1.15 WHIP and opponents are hitting .228 against him. In 108.1 innings, he has struck out 106 while walking 32. In his last start, a 14-5 win over the Astros, Heaney went 6 innings, allowing 1 earned run and striking out 4. In fact, the Angels have won each of his last three starts.

While Albert Pujols is just a shell of his former self, he has had an amazing career and is now starting to move up the all-time leaderboards. On Wednesday, Pujols passed Ken Griffey Jr. for sole possession of sixth place on the all-time list, hitting his 631st career home run. On the season, Pujols is hitting .253/.292/.437 with a .729 OPS. He has 17 home runs, 53 runs batted in and have scored 37 runs.

Mariners Take Game One Of The Series

This one was a really tough one for me. I keep waiting for WadeLeBlanc to regress, but to this point, he continues to pitch well enough for the Mariners to win. Additionally, there are some Mariners who have had success of Heaney. Nelson Cruz has two homers off of him, while Mitch Haniger and Ryon Healy have both gotten him for one each. Also, Cruz, Haniger, Healy, Seager, Segura and Span are all hitting .250 or higher off of the lefty. I think this one will be close, but I am taking the Mariners at +125 on this one.