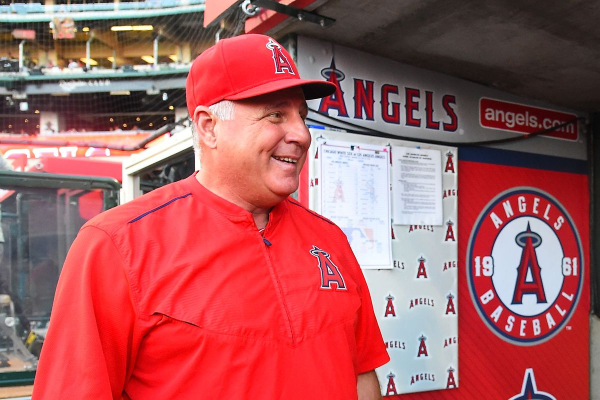 We are into the dog days of August, but there was still a lot going on in Major League Baseball this past week, including some post-deadline waiver trades. Let’s catch up on all the top headlines.

Early in the week, there were reports that Angels manager Mike Scioscia was planning on stepping down after the season. Scioscia, however, was quick to dispute that report saying that nothing has been decided. This is Scoscia’s 19th season with the Angels, making him the longest tenured manager in the majors.

Sweeping To the Top

A highly-anticipated four-game series between the Red Sox and Yankees last weekend turned into a lopsided affair. The Red Sox won all four games to take a commanding lead atop the AL East that will be difficult for the Yankees to erase. As of Saturday morning, Boston’s lead stands at nine games.

Evan after the trade deadline at the end of July, the Oakland A’s have remained active. Over the past week, they’ve added Mike Fiers to their rotation and Fernando Rodney and Shawn Kelley to their bullpen. Fiers helps solidify what is a makeshift rotation full of misfits who have been cast aside by other teams but found success in Oakland. Rodney and Kelley, meanwhile, make an already strong bullpen even deeper, which could make the A’s tough to beat if they get a lead in a one-game Wild Card playoff.

The Phillies have been nearly as active as Oakland during the trade season. On Friday, they acquired power-hitting first baseman Justin Bour from the Marlins. Carlos Santana has been a little inconsistent this season whereas Bour has smashed right-handed pitching. There could be a platoon situation with Bour and Santana down the stretch, although that remains to be seen. However, Philadelphia’s bench is definitely improved by the trade, and with such a tight race in the NL East, any improvement could end up making a difference.

The Astros aren’t worried about making the playoffs, but they are struggling to stay healthy. In the past week, they lost both Lance McCullers Jr. and George Spring to the DL. With McCullers out, the Astros may have to use a starting pitcher outside of their top five for the first time this season. On the bright side, CarlosCorrea returned from the DL on Friday after six weeks on the shelf.

The Dodgers suffered a huge blow this week when they learned closer Kenley Jansen will be out for a month because of an irregular heartbeat. Jansen was briefly hospitalized in Colorado on Thursday and will likely need to take blood thinners for the next month, much like he did in 2011. The Los Angeles bullpen was average with Jansen, so they could be in trouble without him, especially with a handful of other relievers also on the DL.

Speaking of bullpens, Washington’s ‘pen is falling apart. They’ve parted ways with both Kelley and Brandon Kintzler recently, even with closer Sean Doolittle already on the DL. This week, they lost replacement closer Kelvin Herrera to an injury, making their troubled bullpen uncomfortably thin. The Nationals, however, have taken a flyer on Greg Holland, who flamed out with the Cardinals this year. But their bullpen is still not in good shape as they try to stay in contention in the NL East.

It was not a good week to be a veteran starting pitcher on a winning ball club. First, the Red Sox sent Drew Pomeranz to the bullpen with ChrisSale coming back from the DL this weekend and then the Mariners did the same with Felix Hernandez. Pomeranz was not a huge surprise, as he has struggled this year amidst another injury-plagued season. However, KingFelix was demoted to the Seattle bullpen with 398 career starts to his name, all with the Mariners. Both will have a chance to earn their way back into the rotation, but neither is guaranteed of that right.

The drama is waining in the American League, but the National League continues to have tight division races and a mess of teams in contention for the two wild-card spots. Entering action on Saturday, the Phillies and Braves are tied atop the NL East while the Dodgers and Diamondbacks are even in the NL West. Meanwhile, the Braves, Phillies, and Brewers are tied for the two wild-card spots with the Dodgers and Diamondbacks just a game back. The Rockies, Cardinals, Pirates, and Nationals are also within 5.5 games of a wild-card spot.