MLB Betting Preview (April 26): Dodgers Look to Get Back on Track Against Reds, Twins Try to Stop Slide in Cleveland, Burnes Aims to Extend Record, and More 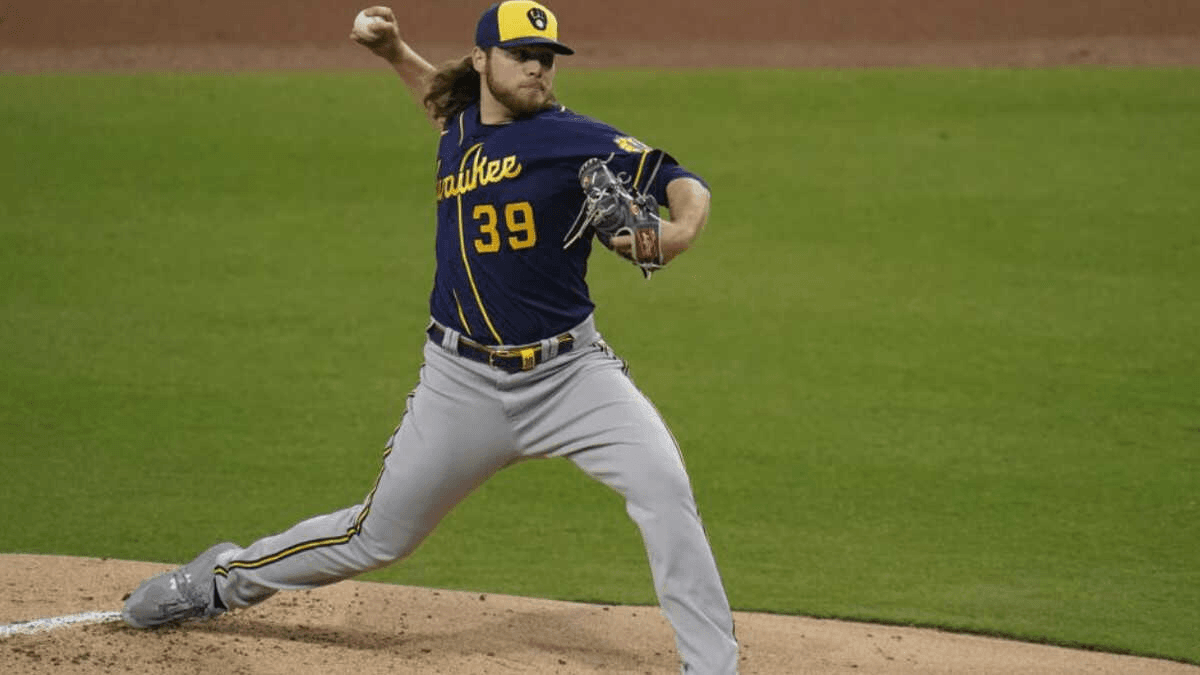 A new week of MLB betting starts this afternoon with the Detroit Tigers hosting the Kansas City Royals for the finale of their four-game series. The Royals, who have been one of the biggest early surprises of the MLB season, are looking to close out the four-game road sweep and win their fifth game in a row.

That AL Central battle is one of 11 games on today’s schedule, and while some might need a break after a wild weekend, there is plenty of MLB betting value today to help usher in a new week on a winning note.

Below we take a look at every game on today’s MLB schedule, with the percentages from our industry-sourced MLB picks listed for each matchup.

The percentages for our industry-sourced MLB picks are listed for each matchup, but you can also find all of the picks in one place on our MLB picks page.

We also have the latest MLB standings, complete with over/under records along with the usual info.

Click on each game’s matchup page to be taken to our MLB betting matchups page for that particular game, where you can find the breakdown of each moneyline, total, and run line pick for each matchup. Also, you can find odds from several top books, stats, and suggested bets. We also have NBA betting and NHL betting matchup pages for every NBA and NHL game, so check those out as well.

MLB betting odds are via FanDuel Sportsbook as of 12:55 pm ET. Check out our MLB odds page for updated MLB betting odds from FanDuel and other top sportsbooks throughout the day.

Pitching has led the way for the Royals in this series, as they have held the Tigers to three runs in three games. Yesterday, they shut them out 4-0, with Danny Duffy lowering his ERA to 0.39 with five shutout innings.

Can Keller keep the momentum going? He has only one decent start in his four starts, having allowed four or more runs without pitching more than 3.1 IP in the other three starts. Keller is 1-3 with a 4.21 ERA in six appearances (four starts) in his career at Comerica Park.

Fading a team that has scored only 18 runs in a 1-9 stretch makes the most sense. But Turnbull is the pitcher who got that one win, and he pitched well in last Wednesday’s 5-2 win over the Pirates.

As inept as the Tigers have been recently, they have some good company in the Twins. And while the Tigers don’t have an overly threatening lineup, the Twins do. Or at least they should. But with the exception of last Wednesday’s 12-run output against the A’s, which was negated by their ability to field in the bottom of the 10th, the Twins have been a sad sight at the plate. The Twins have lost 11 of 13, and 18 of the 39 runs they have scored in that stretch came in two games. They have scored two or fewer runs eight times in 13 games, including all three games of the series they just lost to the Pirates.

The Indians aren’t flourishing either, but they did grab a much-needed win yesterday against the Yankees after dropping three straight. But can they get a strong effort today from Plesac, who has allowed six runs in each of his last two starts? He has given up 23 hits in 18.2 IP and surrendered two homers in his last start against the White Sox, so this is a great spot for a slump-busting day for the Twins.

After managing only one hit in two games yesterday, the only way is up for the Braves. Davies has allowed 21 hits and 11 walks in only 15.1 IP thus far, and he is averaging close to 20 pitches an inning. If the Braves can be patient, they should be able to generate some success against Davies.

If they can put even a few runs on the board, it bodes well for them. Morton is 88-29 in his career when his team scores three or more runs, including 42-26 when three to five runs are scored.

The Yankees picked up a much-needed series win in Cleveland, taking three of four from the Indians. Garcia makes his season debut tonight after starting the season at the team’s alternate site.

Harvey has given up 24 hits in 19.1 IP in four starts, but he appears to have made strides with control and mistakes. He has walked only three and given up two home runs after surrendering six in only 11.2 IP with the Royals last season. Runs are likely here, but both teams are too unpredictable for the over to be the choice over other totals on the board.

The A’s finally tasted the sting of losing yesterday, with their luck running out in the series finale in Baltimore. Manaea has been excellent since a poor start in his season opener, and this is a favorable matchup for him. The Rays average 5.6 runs on the road, but they average only 3.5 runs at home, where they are only 4-6 thus far.

Hill has allowed at least four runs in each of his four starts. In those starts, the combined run totals were 19, 15, 10, and 21. With that trend in mind, the over here in this matchup represents some of the best MLB betting value on the board today.

What will the latest episode of the Corbin Burnes Show bring us? Odds are on a strikeout-filled duel with Rogers, who is well on his way to locking down NL Rookie of the Year honors. Rogers already went blow for blow with NL Cy Young favorite Jacob deGrom and ended up coming out a winner, so now he takes aim at the second favorite.

Burnes has allowed only one run in 24.1 IP and hasn’t allowed a run in his last three starts. Meanwhile, Rogers has not allowed more than two runs in any of his starts. That said, the lean is to the over, so it will be interesting to see if runs are as hard to come by as they project to be.

Wheeler opened the season with seven shutout innings against the Braves, but he has taken a step back since. In his last three starts, he has allowed 22 hits, eight walks, and 10 runs in only 16.2 IP. In his last start, he gave up three homers in 5.2 IP, but he was in line for the win against the Giants until the bullpen blew it in the eighth.

Wainwright has alternated good start and subpar starts, and if the pattern continues, he’s going to give up some runs today.

Ohtani, who is tied for the MLB lead in homers with seven, is on double duty for the third time this season. He has allowed only three hits and three runs and has struck 14 in 8.2 IP in his two starts, but he has also issued 11 walks. The Rangers weren’t able to punish him last week when he gave up six walks in four innings, but it may be a different tale tonight.

The Rangers have scored five or more runs nine times in their 22 games this season, and two of those times came in the first series between these two teams. However, only one of those nine times has come at home, so a tough night at the plate might be on the horizon for the Rangers unless they can buck the trend. They’ll likely need to in order to win–Lyles has allowed at least two runs in each of his last 14 starts.

The Astros fell yesterday to the Angels, but they did win the first three to claim a much-needed series win. There have been nine combined runs in each of the four games that Urquidy has started and in 14 of Houston’s 21 games overall. 12 of the Mariners’ 22 games have seen at least nine runs, and yesterday’s game against the Red Sox was unfortunate to not reach that mark with the chances that both teams had.

The Giants are also one of the biggest early surprises, as they sit only one game behind the 15-7 Dodgers in the NL West. That includes an 8-2 mark at home, where they just took three out of four against the Marlins.

The Rockies are still in search of their first road win of the season, as they are 0-6 on the road so far. Gomber has three straight quality starts, and he allowed only one hit in 6.1 IP in a 3-1 loss in San Fran on the 9th. He was done in by four walks, but after issuing 11 in his first two starts, he has issued only four in his last two starts. That is encouraging, and so is the Rockies’ 5-2 stretch over their last seven games. But the early line was rather generous to the visitors, and the movement in favor of the Giants is not a surprise.

After a wild, emotional series against the Padres, the Dodgers don’t have a lot of time to think about their series loss to their NL West rival as they match wits with the Reds tonight.

The Dodgers are still ironing out some issues at the plate and on the injury list, but they did put up 12 runs over the last two games after scoring only 11 in their previous six games. Urias may not need much run support though. He was stellar last Tuesday against the Mariners, allowing only one hit and striking out 11 in seven innings in a 1-0 win.

But the Dodgers need to trouble Mahle early to help their cause. The Reds bullpen has had its issues, and it has let Mahle down three times in four starts. With the Reds’ bullpen issues in mind, the over is certainly an appealing option.