August has Arrived: Take a look at Major League Baseball News and Notes 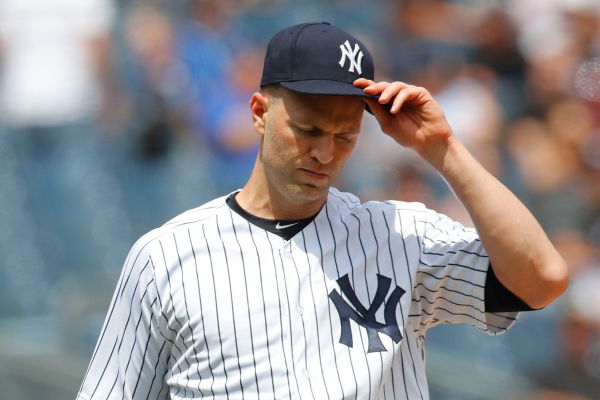 The trade deadline captured most of the headlines across Major League Baseball over the past week. But there was a lot more going on this week than a lot of wheeling and dealing. Let’s catch up on some of the headlines you may have missed.

Close But No Cigar

On Sunday, Atlanta Braves starter Sean Newcomb came within one out of pitching a no-hitter. With two outs in the 9th inning, Chris Taylor of the Dodgers singled on a hard-hit ball to left field. Newcomb had only given up one walk to that point, so he was nearly perfect. Alas, it was not meant to be for the young lefty. To add insult to injury, offensive tweets that Newcomb posted many years ago surfaced during and after the game. It wasn’t quite the Josh Hader firestorm, but it was not ideal.

The WashingtonNationals parted ways with reliever Shawn Kelley this week. The move came one day after Kelley threw his glove on the ground in frustration after giving up a home run in the 9th inning of a game the Nats led 25-2 at the time. The Nationals brass interpreted the tantrum as selfish and disrespectful to the organization. He’s yet to catch on with another team, although someone is likely to take a chance on him for the rest of the season.

The Indians activated Andrew Miller from the DL on Friday. Miller had been on the DL since late May with knee inflammation. Prior to that, he posted a 4.40 ERA, so his knee was clearly bothering him. Whether he’s ready to pitch at the same level he has the past few years remains to be seen. However, Cleveland’s bullpen has turned things around since adding BradHand and Adam Cimber last month. If Miller can return to form, the Indians may have the kind of bullpen that could help them surprise some people in the postseason after being overlooked in favor of the Red Sox, Astros, and Yankees all season.

On the injury front, the Red Sox placed Chris Sale on the DL earlier this week with mild shoulder inflammation. The issue doesn’t appear to be serious, as Sale is expected to return sometime next week. However, the injury has forced him to miss the weekend’s four-game series with the Yankees.

Speaking of the Yankees and Red Sox series, Boston has won the first two games of the four-game set. That has increased their lead to 7.5 games. If the Yankees can’t win on Saturday and Sunday to salvage a split, this division race could be all but over, depriving fans of what looked to be the most intriguing and intense division race. Fortunately, all three divisions in the NationalLeague remain tight.

Right before the start of their series with the RedSox, the Yankees announced that Sonny Gray was being dropped to the bullpen. Gray has had a rough season and a disastrous outing against the Orioles this week was the last straw. With J.A. Happ going on the DL with hand, foot, and mouth disease, now is not the ideal time to be taking someone out of the rotation. However, the move was long overdue. Lance Lynn will take Gray’s spot in the lineup with prospect Chance Adams making his big league debut Saturday in place of Happ.

The Diamondbacks announced this week that infielder Jake Lamb will miss the rest of the season after deciding to undergo shoulder surgery. Lamb has struggled this season, hitting just .222 with an OPS of .655 one year hitting 30 home runs and posting an OPS of .844. Clearly, the shoulder has hampered his performance this season. The Diamondbacks acquired Eduardo Escobar before the trade deadline, so he should handle third base the rest of the way. However, getting Lamb back at some point and being able to move Escobar around the infield could have given Arizona a nice boost.

The Giants took a serious hit this week with the announcement that Johnny Cueto would undergo Tommy John surgery, causing him to miss the rest of the season. Cueto was the best pitcher in baseball in April before elbow trouble sent him to the DL. He’s struggled since his return and now has no choice but to have the surgery. The Giants also lost Pablo Sandoval to a season-ending injury this week. Sandoval has been a key reserve with both Evan Longoria and Brandon Belt spending time on the DL this year. San Francisco has become the fourth team in a three-team race in the NL West, and these two injuries aren’t going to help.