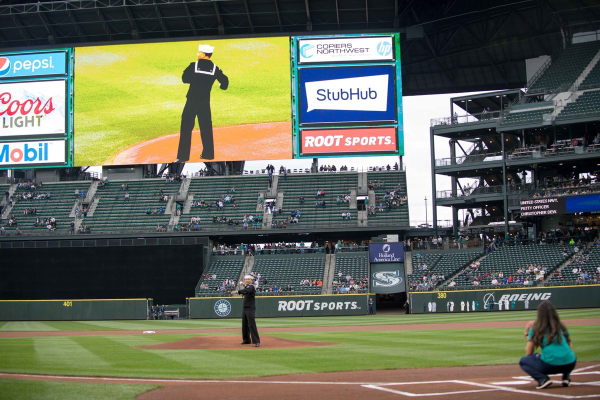 The best player in baseball versus one of the hottest teams in baseball; that is exactly what is in store on Thursday as Mike Trout and the Los Angeles Angels (44-43) travel to Safeco Field to take on the Seattle Mariners (55-32). The Angels snapped the Mariner’s eight game winning streak on Wednesday with a 7-4 victory, now they will look to win the series on Thursday. To do so, the Angels will send out Jaime Barria (5-4, 3.40 ERA) to take the hill against Marco Gonzales (8-5, 3.77 EA). Barria is filling in for the injured Tyler Skaggs. First pitched is scheduled for 10:10 pm ET.

The moneyline for the game is set at the Los Angeles Angels -102 and the Seattle Mariners -108. For full disclosure, this moneyline is based still on Skaggs starting, so it may fluctuate in favor of the Mariners once adjusted. The over/under on runs scored is set at 8.5.

Angles Trying To Turn The Season Around

With all of the money spent this offseason on players like Shohei Ohtani, Zack Cozart and Ian Kinsler, there was a lot of excitement around the Angels early in the season. Unfortunately for them, their season has just not lived up to expectations. Even though they are above .500 at 44-43, they sit 12.5 games out of first place. One person that their struggles cannot be blamed on is MikeTrout. He continues to be a monster offensively, hitting .310/.456/.627 with a 1.082 OPS. He has 24 home runs, 49 runs batted in and has scored 67 runs (all three of those lead the Angels). Sadly, though, it seems like it will be another wasted season for Trout and the Angels unless they get something turned around quickly.

Filling in for Tyler Skaggs, who was put on the disabled list Wednesday with a right adductor strain, will be Jaime Barria. On the season, Barria is 5-4 with a 3.40 ERA, 1.20 WHIP and opponents are hitting .243 against him. He has struck out 46 in 55.2 innings but also has allowed a whopping 10 home runs in those innings. He will certainly need to keep the ball in the yard if he hopes to have success against the Mariners. Albeit in a small sample size, there are several Mariners who have had his number in the past. Ben Gamel, Dee Gordon, Mitch Haniger and Kyle Seager are all batting .500 or higher against him and Haniger has gotten to him for two home runs.

Mariners Look To Keep Pace With The Astros

The Mariners have been one of the hottest teams on the planet this season, but unfortunately for them, they play in the same division as the defending champion Houston Astros, and are 1.5 games out of first place. One of the reasons for their success has been an extremely hot offense led by players like Jean Segura (.30/.360/.468 with 60 runs scored and 45 runs batted in), Nelson Cruz (.273/.356/.566 with a .922 OPS and 22 home runs), and Mitch Haniger (.269/.351/.491 with 17 home runs and 62 runs batted in). Throw in players like Dee Gordon, Kyle Seager and Ryan Healy, and it makes for an extremely deep lineup.

On the pitching side, MarcoGonzales will be taking the mound for the Mariners. On the season, Gonzales is 8-5 with a 3.77 ERA, 1.23 WHIP and opponents are hitting .270 against him. He will give up contact (has allowed more hits than innings pitched), but will generally keep walks to a minimum (has walked 20 versus 87 strikeouts). Still, there are a couple Angels who have gotten to him in the past, including MikeTrout (batting .556 with a home run) and Andrelton Simmons (batting .571 against him).

Mariners Win In A Slugfest

Honestly, I don’t like the pitching matchup for either team. They both have given up contact, and I think it is going to lead to a high scoring game. With that in mind, I have to go with the team whose offense has been clicking more, and that is the Mariners. Despite losing last night, they have been on quite a roll and they have had prior success off of Barria. Again, I could see both teams putting up runs, but I would have to put my money on the Mariners to come out on top. Take the M’s -108.