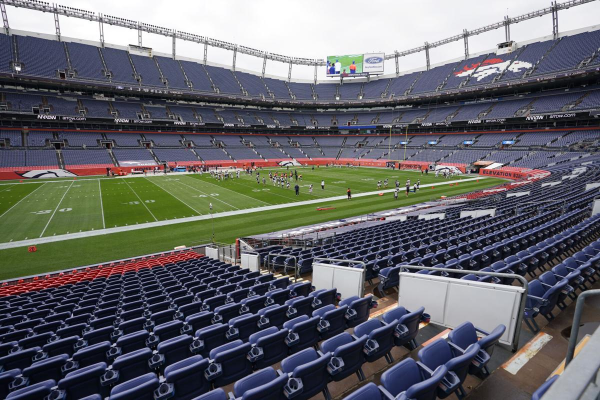 Shortly after William Hill knocked on the door of the West Virginia sports betting market, they turned and headed west and were then launched in Colorado. William Hill is growing fast in the U.S market, as Colorado became the 10th state that William Hill has entered.

The U.K. branded sportsbook now has a partnership with Isle Casino Hotel in Black Hawk, Colorado, 38 miles west of Denver in the Rocky Mountain foothills. The people of Centennial State will also have available the William Hill sports betting app.

This app will be somewhat similar when compared to their operation in New Jersey that customers already use. If the offer is still current, you can join William Hill, and you can get a $500 free bet when you make your first deposit.

The state is becoming a rather competitive market for sports betting. As if the competition was not already tough in Colorado, William Hill has now joined the likes of DraftKings, FanDuel, BetMGM, PointsBet, and others.

The timing could not have been better for William Hill, as Week 1 of the NFL is here. William Hill broke out their sports betting app on the day before the NFL season begins, as the Kansas City Chiefs took on the Houston Texans.

William Hill’s sports betting app will also be available for IOS and Android devices, assuming compatibility on devices, so customers do not need to worry unless they have a really old device. People seem to love the app, as this sports betting empire now has the mobile apps featured in Colorado, Iowa, and New Jersey. This is in addition to the retail locations in 10 states.

William Hill is showing off a sign-up bonus, offering customers a $500 free bet. Once they are a registered new user with their William Hill account, they can place bets on whichever sport they choose.

On top of the bonus, the U.K. sportsbook also just recently redesigned their betting app to be more pleasing on the eyes. These updates give it a nicer, clean-cut look, without having to compromise any of the gameplay.

What it All Means

Colorado has made some moves lately that anyone could applaud in adding another reputable sportsbook into the state’s fierce market. William Hill arguably has a chance to become a leader in the state, based on being located within an hour of Denver.

William Hill shows no signs of slowing down as they continue expanding throughout the U.S. Just at the end of August alone, William Hill joined forces with six sportsbooks in the U.S with the likes of CG Technology and a potentially massive partnership with Caesar’s to handle their sportsbook.

Not only that, this U.K. sportsbook now has the third-largest market share in the U.S. sports betting industry. As they continue to grow and more states legalize sports wagering, William Hill is becoming a household name. Already in 10 states, however, they only have just three of those states with access to the mobile sportsbooks, and Colorado happens to be one of them.

William Hill will keep expanding throughout the U.S. and try to become a leader in the sports betting industry. Over the last month alone, they have added more locations to their Las Vegas portfolio, launched out in West Virginia, and blasted off in Colorado.

Once the market begins betting on the NFL season and those bets are placed in Colorado, William Hill is set up for success. No doubt that the sky’s the limit for this U.K. sportsbook.