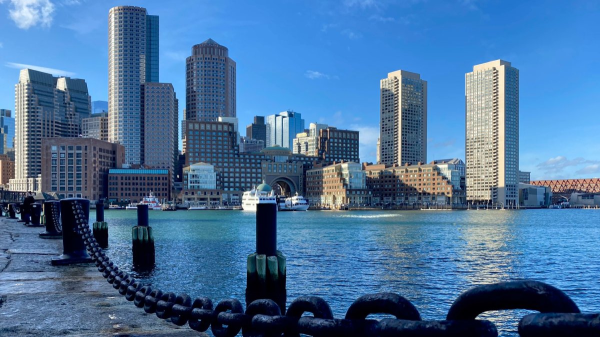 Everyone is feeling it these days when it comes to losing business and very important income that provides for households. Governor Charlie Baker said he “absolutely” believes that legalized sports betting in Massachusetts could bring in plenty of revenue and revitalize an economy that has lost tons of money to the COVID-19 pandemic.

On Wednesday, during a press conference interview, the Republican governor reflected on comments by a Boston Red Sox executive that said legalizing mobile sports betting is a “low-hanging fruit” that should be used in economic development bills to avoid “deeper, more painful budget cuts.”

“We wanted to give Massachusetts the ability to have people play here rather than playing elsewhere,” said Baker, discussing moves by neighboring New Hampshire and Rhode Island to have sports betting legalized.

“And I absolutely believe that, in addition to sort of the cross-border competition issues that would be addressed by doing something here in Massachusetts, it would certainly generate revenue and it would be something that a lot of people would be interested in here at home as opposed to doing across the border,” he added. “We’d like to see that happen.”

Baker added that his administration filed legislation for legalized sports gambling on professional sports by adults over the age of 21 at Massachusetts casinos, in addition to online and mobile betting. Although, like much of the world, the coronavirus pandemic got in the way of the legislative agenda and there hasn’t been much progress on that end since.

Even with federal aid, some estimates say the state could face a huge budget deficit in the area of $6 to $8 billion, due to tax revenues falling and spending in relation to the COVID-19 pandemic. The Baker administration said their sports betting bill could result in a $35 million increase in tax revenue, while other estimates said it could be even higher.

David Friedman, senior vice president of legal and government affairs for the Red Sox, testified in Tuesday’s State House hearing and said that legalized sports betting would be a catalyst in getting a “modest” amount of revenue, which has “fallen off a cliff” this season because of the pandemic. According to the State House News Service, this could truly affect the bottom line in Massachusetts.

“To be sure, sports betting won’t fix the state’s massive budget deficit, but to use baseball terms, while it may not be a grand slam, it’s a solid single,” Friedman said. “And the leagues are laying down some pretty heavy rules associated with anybody who engages in any way with any of that stuff, which I think will be very helpful,” he said.

Casinos within the state were able to open earlier in July as part of Phase 3 in the state’s reopening plan. When asked about the concerns for allowing sports betting that would affect the “integrity” of the game, Baker said that the elements of mobile and online gaming are “traceable and trackable.”

It would behoove the state of Massachusetts to allow sports betting in its state. After all, this place is home to teams in all four of the major sports – MLB’s Boston Red Sox, NBA’s Boston Celtics, NFL’s New England Patriots and NHL’s Boston Bruins.

As we all know, Boston is a town known for having some interest in the sports betting game. While nearby New Hampshire and Rhode Island aren’t too far away, there is no substitute for betting games on your couch. With the ball in the red zone, it appears like Massachusetts can finally put this one in the end zone.

Tonight, two pitchers whose records could use a little polishing match up as the St. Louis Cardinals welcome the Miami Marlins to Busch Stadium to open a three-game series. Cardinals hurler Adam Wainwright has not picked up a win since May 20, while Pablo Lopez’s win in his most recent start last week was his END_OF_DOCUMENT_TOKEN_TO_BE_REPLACED