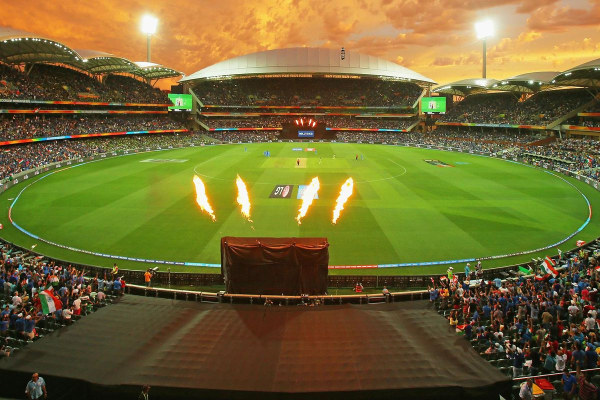 A heatwave has hit the Cricketing nation of the UK, and its not just England who are basking in the sun. India, and their #1 ranked Test side in the world, are bringing their smoking hot revenge back upon the island nation and have openly claimed they will spin their way to glory. The last time these sides met on home soil for the English, Stuart Broad proved a thorn in the side of the middle order Indian batsmen, and England carved out a majestic 3-1 win over a 5 test series.

These sides met in the 20, and 50 over, versions of the game in the last few weeks. disregarding 20/20, which has no real impact on the red ball cricket the enthusiasts are accustomed to, and overall England are still on top on their own wickets. Winning the series 2-1 after a close game 1 took it to a decider in the notorious ground of Headingley, Joe Root, Alex Hales and Eoin Morgan cemented England’s place atop the ODI rankings with some masterful batting vs swing bowlers of both types, and some accurate and deadly spin from the sub-continentals.

However, in the pure 5-day test format, England have been left wanting in recent times. Struggling for an opening batsman to partner long-time stalwart Alistair Cook, England have tried a variety of openers alongside the aforementioned Cook, who recently vacated the captains armband in favour of the young and extremely talented and passionate, Joe Root. With James Anderson and Stuart Broad also fast approaching the twilight years of their international, and probably overall, careers, England are struggling with their 3rd and 4th strike bowlers, to compensate the spin offerings of Moeen Ali and Joe Root himself.

Chris Woakes as recently as 2017 was in place as a strong batting and bowling all-rounder, with several 50+ scores across all formats, but a recent dip in form is leaning the selectors in favor of MarkWood. Jos Buttler is back after a rich vein of form, commanding at the crease with a plethora of strong hitting, guiding himself back into both the England selectors, and adoring publics’, hearts.

The traveling team visit in their own great spirits. Currently ranked #1 in the world for test match format, with hosts England now as low as 5th, they are expecting to take home the result from this 5 match series. However, looking deeper into the statistics and games you can see some worrying signs.

India changed their field layouts as players within the last 2 years,  creating a new slip cordon, and new short fielding positions. Statistics show that in a recent tour of South Africa, probably as close to British pitches as you will find elsewhere in the world, Indian players dropped over 65% of their chances to take a wicket. With England performing at over 85% catching success in the same period of time, those are some worrying stats with swing bowling and fast pace the sign of the times in the English summer on some non-turning tracks.

India’s openers and number 3 are masters of defensive cricket. their attacking shot rates over the past 4 years average at just under 16%. Compared to over 22% for England, India will focus on building a score and trying to take the 20 wickets of England and their aggressive batting tactics.

Finally, with 2 of India’s premier seam bowlers out for at least the first, or maybe first couple of tests, will India be able to keep England scoring at a low enough rate to not have to bat aggressively themselves on pitches they are not accustomed to? The bet of choice here seems to be England to win 2-1 at +700 odds, or 8/1 for the European bettors.