Arkansas Sports Betting To Get A Mobile Boost 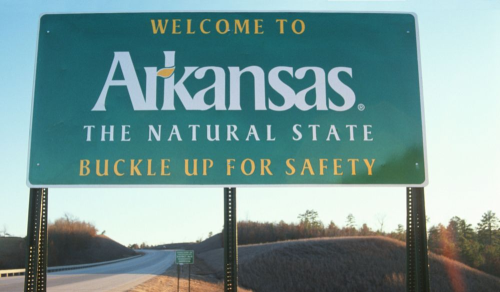 Sports betting enthusiasts in Arkansas have had a great year in 2019, with the introduction of legal betting to the landscape for the first time. With two retail operations open for business, the state is primed to be a hotbed of activity for those wanting to bet on their favorite team or athlete.

However, the regulations set in Arkansas, for some reason, did not include a provision for betting online. This conservative approach left many shaking their heads, as this definitely put a damper on the potential tax revenues accrued by the state.

This week, the Arkansas Racing Commission, the body appointed to oversee sports betting regulations, made waves by announcing that it is planning changes to allow for sports betting from mobile and online devices.

In a statement about sports betting, Scott Hardin from the Arkansas Racing Commission said: “The racing commission would make the change, they would edit the rule, the rule is then provided to some legislative committees to look at, really give that rubber stamp of approval and then once that’s finished, the rule in place.”

Missing out on the action

By not introducing mobile or online betting in the initial regulations, land-based sportsbooks were given a distinct head start by forcing players into their facilities to make wagers. However, giventhe success of mobile betting in other states (over 80% of bets in New Jersey’s sports betting marketplace are online), it was really only a matter of time before someone brought this up. Adding mobile betting would without question boost the handle numbers significantly, which in turn would earn the state more in taxes from the operators.

Another reason that the Arkansas Racing Commission should move quickly on adding mobile and online betting is the threat posed by the offshore betting sites. These sites have continued to take action from all over the United States despite the changes in the law. With sports betting now becoming more popular around the U.S. and a significant increase in gambling-related content on TV, radio, and elsewhere, more potential gamblers are being exposed to the idea than ever before. If a new player is interested in making a sports wager in Arkansas and looks for options online, they will find many offshore-based books only too happy to take their bets. The longer the state takes to add this vertical to its offering, the more likely it will lose players to these illegal sportsbooks.

There is a line of operators that are salivating of being given the potential of being licensed in Arkansas. Market leaders Draft Kings and FanDuel are partnering with land-based operators where needed but would much rather have their own digital-only skin if possible. Media companies like The Score are banking on states where they don’t have to have a land-based presence to be able to take advantage of their sports information app. Add in many of the European-based sportsbook operators looking to tap into the U.S. potential and there would no doubt be some heavy competition in the state. It has yet to be announced if there would be additional licenses added as part of any amendment to the current regulations, but if they are looking at other states as a guide, they may be inclined to create a more competitive landscape.

No timeline for changes

The good news for Arkansas residents is that the changes to the regulations to add online and mobile do not require an entirely new piece of legislation. The changes would simply be added to the current rules as written. While the Racing Commission did not give a timeline for these changes to be implemented, the earlier that we would see them added is when the legislative session begins again in early January. We will keep you updated on any news when it happens.