Kentucky Derby 2022: Derby Preps Over, Here’s What We Know 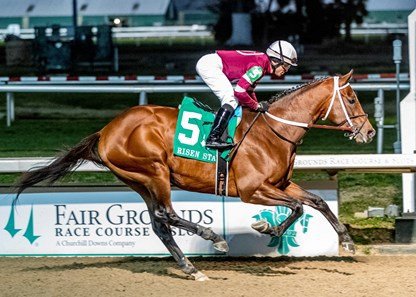 A lot can change in the week’s leading up to the Kentucky Derby. However, with the preps over, handicappers can start looking at their plays with some confidence.

Trainers and owners are notorious for getting “Derby Fever.” The desire to win America’s most well-known race, causes them to chase the dream of earning enough points to get in the gate even if the horse may be better suited for shorter distances or maybe even a different service.

Handicappers can get their own version of this condition. In the desire to be the smartest person in the metaphorical room, horseplayers rush to claim they found the Kentucky Derby winner after every prep.

I always remind new players that unless you have a future wager, there are no bonus points for being right in February (or April 18th for that matter). While it can be productive to start handicapping the field now, players should be ready to adjust as new information becomes available.

As the lead up to the Derby progresses here are some things that can impact your handicapping.

Horses won’t be sitting around getting fat on hay between no and Kentucky Derby day. There are many sources you can go to to get information on how a horse is working. Look for horses that are working on an easily identifiable pattern (i.e. every 7 days) and that are showing similar patterns to previously printed works.

Some people love to look at workout times, but it is far more important to look at how they work, rather than how fast they work. Pay attention to if the horse is a good work horse or a lazy work horse.

Essential Quality was notorious slow and lazy in the mornings, but came alive in the afternoon. I never paid attention to his works as long as he kept getting to the track in the morning.

Jockeys are so important in the Kentucky Derby. Look for horses that may be getting a jockey improvement from their last race.

In addition to that pay attention to any groups of horses that were ridden by the same jockey during the prep season. Jockeys only make money when they win so they are constantly looking to get the best mounts. If the jockey thinks one has a better chance than another, that’s one I want to upgrade.

There will be a number of reasons that the top 20 today won’t make up the field on May 7. This could be fevers, training hiccups, change of heart from the connections, etc. Sometimes the defection of just one horse can massively change the complexion of the race.

When Classic Causeway and Forbidden Kingdom defected from this year’s running it took away 2 confirmed front runners. Handicappers that were dug in on closers because they projected a hot pace, may have to scrap their entire analysis and start again. Every race changes with every single scratch.

Days before the Kentucky Derby, the post draw will occur. This will determine where the horses start from. Since many horses will never run in a field this big again, getting a good start can be vital to success.

For this reason, players will want to reevaluate the race once the draw has been completed. A full analysis of the post position stats by the numbers can be found in the 2021 Betting News coverage.

Lexington Impact on the Kentucky Derby

The Lexington Stakes was run on Saturday and officially closed out the Derby prep season. The race was won by Tawny Port. A full replay of the race can be seen below.

On the one hand their were some positives in the race. The horse was able to sit in a tactical position while running several paths off the rail. Despite losing ground throughout the race, the colt had plenty of kick coming home. The race did return a 99 Equibase speed figure which is solid for the Derby prep runners this season.

Taking a bearish approach to the runner, I have some concerns with the performance. One issues is having the tightest turnaround to the Derby of any prep winner. However, my bigger concerns surrounds who this horse beat and how he did it.

I was not a big fan of any of these horses coming in and none of them were visual very impressive hear outside of the winner. The fact that Ethereal Road was able to get up for 4th after having run a week ago gives me further concern that this may not be the best group we’ve seen.

The other issue I have is that the trip, though wide, was kind of perfect. The horse was in a tactical position and in the clear throughout. In the Derby he is much more likely to get stuck in behind rivals and will have to prove he has the same kick when getting dirt in his face.

The top 20 on this list have preference on running. If any defect, #21 on the list would draw in. This process would repeat with each defection. The following list has removed any horses that have enough points but have already declared they will not run in the Kentucky Derby.

For analysis on many of the runners listed above, check out the Betting News Kentucky Derby Contender Cheat Sheet.

Betting News will continue to provide coverage of Kentucky Derby 148 in the coming weeks.