Jockey & Trainer: Does It Matter When Handicapping A Race? 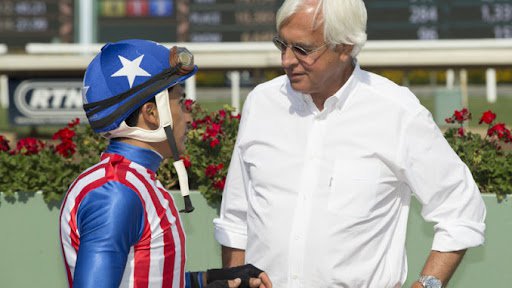 One of the first pieces of advice given to novice bettors is bet on the jockey. The question is, is it good advice? Do the human connections really matter when handicapping a race?

Yesterday Betting News shared the story of Tyler Gaffalione and his 6 win day at Churchill Downs over the weekend. While the accomplishment is impressive, one could point to the short price on many of his winners as a sign that it was a somewhat likely outcome. So what was it? Talented rider or good horses?

It seems most handicappers agree that the human connections of a horse play a major role in the outcomes of races around the country.

Recently I conducted a poll of over 50 handicappers ranging from full time professionals to weekend warriors and 82% responded that they feel both jockey and trainer are major factors in how they handicap.

Nearly 14% of the respondents gave significant credence to the trainer, but were less concerned with who was riding. Only 2 respondents listed jockey and trainer as minor factors in their handicapping.

Not a single one of the players listed that they prioritize jockey over trainer or that the human connections play no factor at all.

The Role of Jockeys and Trainers

When defining the roles of jockeys and trainers I often compare it to coaches on a team. The horse is the team while the jockey and trainer share the role of coach.

The aforementioned survey suggested that for some handicappers this is the most important person in a horse’s life. The trainer is responsible for developing the horse through the training cycle. It is a difficult job to say the least.

Much like the coach of an athletic team, the trainer is responsible for developing talent through exercises that have the athlete ready to perform on game day.

Each animal responds to different things and has different specialties. The job of the trainer is to identify these things and coach up the weaknesses through morning workouts to have the horse in prime form when he or she hits the track.

Making the task difficult is the fact that horses can have serious problems from even minor knocks or ailments. In order to ensure the health and optimum performance of the animal, trainers must constantly be aware of changes to gait, eating, and performance to determine if horses can train on or need to be turned out or laid off to rest and recover.

The other significant human player at the races is the jockey. The jockey is like an in-game coach. When they get the leg up in the paddock the player has a range of possible performances. It is the role of the jockey to maximize the horse’s potential through a game plan and in race adjustments that get the most out of a horse.

Jockeys like horses are often credited with having specialties. It is common to hear horse players say that they like so and so jockey on the turf or they like this guy better on speed types. Most of the time that is because the jockey’s skill set match a given horse or typical race shape of a given surface.

For example, Joel Rosario is one of the best riders in the country at timing a late kick home with a great hand ride. It should come as no surprise that many of his best rides come on turf. Inversely, Luis Saez is a great gate rider. He can get horses out of the gate faster than a lot of other jocks around the country. Saez has rocketed to prominence with a majority of his successes coming on dirt which tends to favor early speed.

What Role Do Jockeys and Trainers Play in Handicapping?

Based on the above information it is pretty clear that jockey and trainers are something that at least has to be paid attention to at the track, but like any handicapping angle they must be viewed as part of the whole puzzle.

Positively, consistently backing high percentage barns and riders will result in more winners. Ultimately if you can’t pick winners in this game, you won’t get far. Undoubtedly top barns get the best stock and know how to get them to perform at their highest level. When those barns are looking for riders they unsurprisingly look for jockeys they can trust to get the best out of their horse.

While this approach may seem like an easy way to beat the races, there is one problem. Jockey and trainer stats are easy to come by as they are listed in most programs and past performances. In a parimutuel market this means that the connections are almost always bet hard. If they aren’t there’s probably a good reason for it.

In a game where value is such an important part of the equation, this can be a killer for the bettors. You may love a horse trained by Chad Brown and ridden by Irad Ortiz Jr. on the turf at Saratoga, but if the horse has shown any life, be prepared to swallow an odds on pill as you are unlikely to see anything close to what you might perceive as a 2-1 fair value on the horse.

Handicapping Connections Outside the Box

Despite the seemingly dire view outlined above, there is a way to use connections to your advantage. However, you will have to be far more clever than looking at overall percentages to maximize these plays.

Trainers and jockeys are like everyone else. They love their rituals. This often means that patterns will emerge in their horses’ performances. Look for things that jockeys and trainers frequently do well. Possibilities include:

Betting News has jockey and trainer analysis tools that can be used to pinpoint how specific connections due at various tracks, distances, and surfaces. This tool can be a helpful asset to your handicapping decisions.

The 2022 Formula 1 season is only six races deep, but the race for this season’s championship alerady appears to be down to just two drivers. Last season, Red Bull driver Max Verstappen claimed his first Formula 1 World Drivers’ Championship in highly controversial circumstances, with Lewis Hamilton denied what would have been a record-breaking END_OF_DOCUMENT_TOKEN_TO_BE_REPLACED