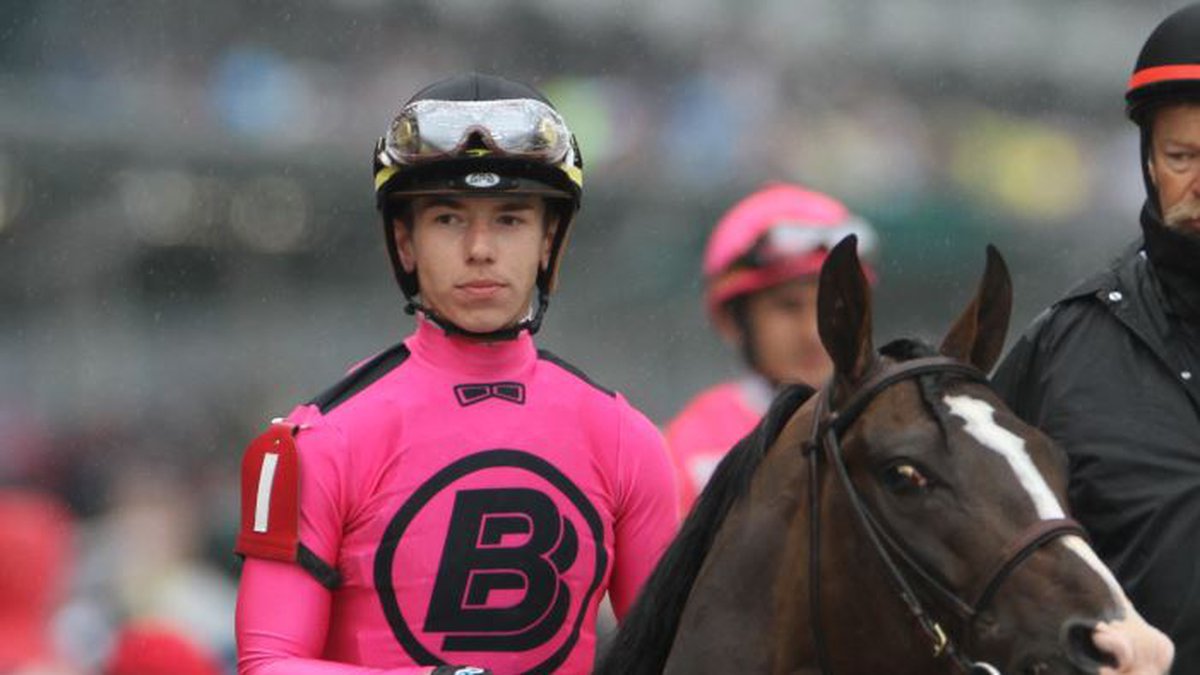 On Saturday at Churchill Downs Tyler Gaffalione, six time leading jockey at the track, was scheduled to have 8 mounts. Due to scratches that number was reduced to 6 when he lost rides in races 8 and 9. As it turns out, this may have been the best gift the other jockeys in the colony could have asked for.

The day started with a victory aboard Not That Serious ($8.80). Gaffalione made it a double winning race 2 aboard Jazzy Lady ($4.40). Sweeping the early pick three he would again find himself in the winner’s circle after race 3 aboard Cousteau ($4.80).

The six wins plus an additional one on Sunday earned Tyler a spot atop the jockey leaderboard. He is currently tied with Mitchell Murrill at 12 wins.

The magnitude of winning 6 races in a single day is incredible. Although few of his horses were at inconceivable odds, racing does include some luck. However, like other athletes, skilled jockeys with confidence can produce their own strings of luck.

For proof of this phenomenon look no further than the abysmal Keeneland meet that Ricardo Santana Jr. had. The talented jockey has a win percentage of 17%, but went 0-49 at the Keeneland fall meet. Losing streak and winning streaks can both be prolonged by the confidence, or lack there of, of the jockeys and trainers.

Saturday was a clear example of jockey who was as sports psychologists like to phrase it “in the zone.”

Winning 6 races is an incredible feat. However, this is nothing new to Tyler G. The rider who did much of his early riding at Gulfstream Park in Florida. On July 4, 2017 he won 7 races at the track located in Hallandale Beach. On that day he tied Jerry Bailey for most wins on a single card at Gulfstream.

With his six wins, Gaffalione became just the 9th jockey to accomplish the feat at Churchill. Pat Day is the only one of those jockeys to win 6 multiple times doing so on 4 different occasions. The track has been open since 1875.

The last time a jockey was able to win 6 under the twin spires was when Corey Lanerie did it in May of 2012.

Perhaps the most incredible part of the accomplishment for Gafflione is the fact that he won 6 races with only 6 mounts. Although 6 wins by a single jockey has been achieved 12 times at Churchill, this was the first time someone had gone a perfect 6 for 6 since Jimmie Lee did it in 1907.

The Gaffalione family are no strangers to the race track. Bobby rode in the 1984 Kentucky Derby. He finished his career in 1994 with 314 wins in a little over 3,200 starts earning over $2 million in purses.

Bobby’s son Steve would go on to ride as well. During his career he amassed over $7.7 million in purses and won 827 races in 7,870 starts.

Steve’s son Tyler is an active rider in New York, Florida, and Kentucky and will assuredly finish his career as the most accomplished of the three.

Gaffalione first started his riding career in 2014 with just 331 mounts as an apprentice at Gulfstream Park. Nevertheless he picked up an impressive 28 wins. His early success led to him getting significantly more mounts and higher quality horses in his sophomore campaign.

In that 2015 season Gaffalione would amass 217 wins including 2 stakes victories and earned the Eclipse Award for top apprentice jockey in the country. He continued riding primarily in Florida, but started to make trips up to the NYRA circuit to ride at Saratoga in 2018.

He earned his first grade 1 stakes victory in 2018 winning the La Troienne at Churchill Downs aboard a mare called Salty.

Gaffalione Makes a Name for Himself

2019 was a real coming out party for Gaffalione. At year’s end the jockey had found himself in the top 10 list of jockeys by earnings. That year he also made a powerful connection with Mark Casse. The trainer put him on many of his best horses including War of Will. War of Will would earn Tyler his first, and only to date, Triple Crown series victory in the 2019 Preakness.

In 2020 Gafflione continued his rise to the top finishing in 4th place overall in the American jockey standings which are determined by total earnings.

In his career Gaffalione has amassed 16 jockey titles. He has won 6 at Churchill Downs and Gulfstream Park respectively. When the Keeneland fall meet wrapped earlier this month he secured his 4th title there as well.

According to Equibase.com Gaffalione has 232 wins over 1,254 starts as of November 15. He is winning at a 19% clip and his runners are finishing in the top three 45% of the time. His current earnings are closing in on $17 million.

He currently sits at 7th in the earnings standings.

Current 2021 Jockey Standings According to Equibase

Gaffalione continues his run at Churchill Downs this weekend Wednesday-Sunday. Betting News will have coverage of the Saturday card which includes the Chilukki Stakes. Analysis of all other Churchill Downs cards can be found on the horse racing page at Betting News.com

The 2022 French Open is underway at Stade Roland Garros in Paris, France, and we are already almost through the first week of play. Tomorrow, the remaining third-round matches will take place, after which the men’s and women’s singles draws will be down to their final 16 contenders. In both men’s and women’s singles, there END_OF_DOCUMENT_TOKEN_TO_BE_REPLACED