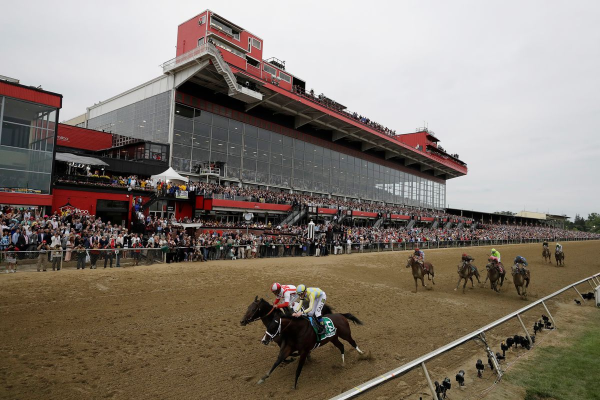 My pick to win the Preakness Stakes is the favorite Improbable, who is 2-1. My main reasoning for this is the trainer Bob Baffert, who had three horses in the Kentucky Derby but did not win it. Baffert has trained five Kentucky Derby winners, seven Preakness Stakes winners, three Belmont Stakes winners, and two Triple Crown winners. These are insane numbers, and Baffert has trained three of the last nine winners at the Preakness.

Baffert won’t get all of the credit in this one as Improbable is a very talented horse on his own. He has won three of the six races in his career and has two second-place finishes and a fourth-place finish, most recently at the Kentucky Derby.

Improbable had a good chance to win the Derby but was unable to make a move late on the sloppy track. He has raced in big races all of his career, so this is nothing new for him, and he has beaten many of these horses before.

Veteran Mike Smith will be aboard Improbable, and he has won twice in the Preakness, so that just adds to why Improbable will be victorious. I don’t see how he does not win, so I would take Improbable to win, place, and show in this one.

My next pick will be a trifecta key, which is where you pick a horse to win the race, then you choose three other horses to place and show, and it is the same cost as a traditional trifecta box. As I mentioned before, I don’t see anyone beating Improbable, so I am taking him to win and be the ‘key’ horse.

His jockey is the reason I don’t think he will be able to beat the favorite. Tyler Gaffalione is aboard him and is very young and does not have the experience that Mike Smith has.

The next horse I am including is a horse that is getting a lot of buzz in Alwaysmining. He is easily the hottest horse in the field, having won his past six races after failing to win or place in his first four career races. The knock on him is that he is facing a step up in class and competition here as he has not raced in any graded races and will face a whole new level of competition in this one. He will have a solid showing because he is in a groove but doesn’t have enough to compete with Improbable and War of Will.

The final horse for my trifecta key is Bodexpress. He finished 13th in the Derby but did not know he was racing until the day of the race, so he was not as prepared as the others. He had a solid outing in the Florida Derby, where he got second to Maximum Security, who was the horse that crossed the line first in the Derby but was disqualified. So the play is a trifecta key with Improbable as the key and War of Will, Alwaysmining, and Bodexpress as the kickers.