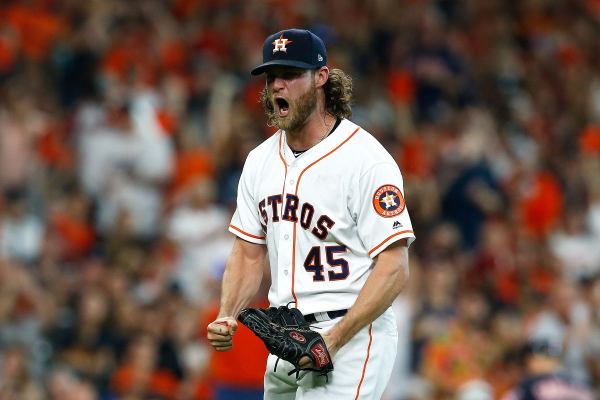 It is finally summertime and that means stadiums around the league are getting very hot and humid. These conditions really help the ball fly out of stadiums and I expect to see a reallyhigh winning score on tonight’s 15-game slate.

Max Scherzer is the clear top option on the slate going up against the Miami Marlins. The Marlins offense is one of the worst 5 in the league in most run-based statistics and Scherzer should have no problem here. That being said, I think that I may not be heavily exposed to Scherzer due to the amount of offense on the slate.

GerritCole is the clear second option behind Scherzer, but I have no real interest because of my preferred lineup build on the slate. Cole is an elite arm that possesses elite upside in every start, so don’t avoid him if you want to load up on the top end pitching.

Both Blake Snell and Andrew Heaney are great GPP plays tonight due to their boom or bust potential. Both pitchers have flashed elite talent, but both have struggled in their last few starts.

I prefer Heaney because I think there is a highlikelihood that Snell actually has a bigger problem than just a few rough outings. Snell has walked 8 guys in his last 3.2 innings and his fastball velocity is down, which may be a sign of an undisclosed injury.

Madison Bumgarner may be the chalk tonight, but I might just eat the chalk here at my SP1 spot and then load up on different big bats. We all saw what DrewPomeranz did to the Trevor Story-less Rockies in Oracle Park and Bumgarner can do the same and then some here.

Jack Flaherty is the other chalky pitcher that I do like in the mid-tier. Flaherty is an elite talent and I have been really impressed by is progress over the last few seasons. Flaherty possesses everything that an elite starter needs, he just needs to become more consistent.

The Athletics lineup isn’t bad, but I like Flaherty because of the upside and the price, specifically on DraftKings. Flaherty has been unlucky in the home run/fly ball department this season, which I blame for a lot of his inconsistencies.

Both MaxFried and AdbertAlzolay are much better than their price tags indicate, but they are in a Wrigley wind game with an incredibly high total. These are two boom or bust plays that I may sprinkle into large field GPPs for elite leverage. Wind games turn an average outing into a bad outing, but if you roster someone that is pitching very well, the wind shouldn’t have a huge effect on their performance.

Nestor Cortes Jr. may be one of my favorite plays on DraftKings if I can get confirmation that he is pitching in relief of Chad Green. In recent games, the Yankees have thrown 2 innings of Green followed by Cortes until he was pulled. Green actually threw last night, so I would be surprised to see him even get 2 innings tonight.

Cortes is the flat minimum on DraftKings and threw 75 pitches two outings ago. The Yankees are -275 favorites and Cortes will only need to go 4 innings to secure a likely win. I have not seen much buzz around Cortes yet, but I will be VERY heavily exposed if he is super low-owned tonight.

My top 5 stacks tonight are as follows:

Yankees: Currently have a 7.4 total. I have never seen anything like that. This lineup has elite power in at least 6 spots and above average hitting at every single spot.

Braves: Alzolay is not a bad pitching prospect and he has been good recently. However, he is hittable and he will be going into a really bad situation against a high contact team in windy Wrigley field.

Padres: Get a massive park boost, especially for home runs. The Padres have elite power in the middle of their lineup and get an atrocious Orioles bullpen

Phillies: Walker Lockett struggled mightily in his first start this season and I think that the Phillies should be able to repeat the Cubs performance tonight in elite hitting conditions

If you want to save some money or be contrarian on a big slate, try these teams out:

Cardinals: Cheap on most sites against an over performing pitcher in Chris Bassitt.

Twins: Blake Snell’s red flags are a concern and being able to roster an elite offense against an injured pitcher that may lead to a bullpen game quickly is a great spot.

Red Sox: For whatever reason, the Red Sox appear to be very low-owned on this slate and they have too much power to be ignored here.