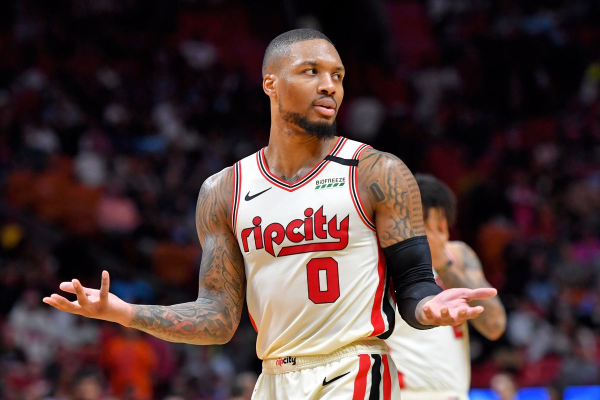 With the seeding portion of the schedule in full swing, teams are jockeying for playoff positioning, with some just trying to make the playoffs. Tuesday night features a matchup of one of each the Houston Rockets (42-24) square off with the Portland Trail Blazers (30-38). This is a battle of Western Conference foes, and tipoff is scheduled for 9:00 pm ET from the ESPN Wide World of Sports Arena.

For the Rockets, they have had a great start to the restart of the season. They beat the Dallas Mavericks in a slugfest 153-149 and followed that up with a rather impressive 120-116 win over the top-ranked Milwaukee Bucks.

The Rockets have propelled themselves up to fourth in the Western Conference standings and trail the third-place Nuggets. They need to keep it going, though, as they have both the Jazz and the Thunder within a game of them on the other side. They will look to keep the momentum against Portland on Tuesday.

The Trail Blazers have been on both sides as they won the opener 140-135 (in overtime) over the Memphis Grizzlies but followed that up with a 128-124 loss to the Boston Celtics on Sunday.

If the season ended today, the Trail Blazers would be on the outside looking in. They currently sit in ninth in the Western Conference, two games behind the eighth-place Memphis Grizzlies. With the pressure on, it will be interesting to see if the Trail Blazers can push for a playoff spot in the next couple of weeks.

According to FanDuel, the Houston Rockets come into this one as 4.5-point favorites over the Trail Blazers. The over/under on points scored sits at 244.

Harden And Westbrook Look To Make It Three In A Row

With James Harden and Russell Westbrook on the roster, it is no wonder why the Rockets are so lethal on the offensive side. This season, Harden is averaging 34.4 points per game on 43.8% shooting (35.1% from behind the three). Furthermore, he is averaging 6.4 rebounds, 7.4 assists, and 1.8 steals per game.

Without a doubt, Damian Lillard has quietly become one of the best guards in the NBA. He has consistently carried the Trail Blazers on his back, and if they are to be successful over the next couple weeks, he will need to continue to do so. This season, Lillard is averaging 28.9 points on 45.6% shooting (39.1% from the three). He is also averaging 4.3 rebounds and eight assists per game.

In their last game, they also got a big boost from center Jusuf Nurkic. Despite the losing effort, Nurkic had 30 points to go along with nine rebounds against the Celtics.

Taking Trail Blazers And The Points

This one should be fun, with a lot of points go on the board. Both of these are elite scoring teams, while neither of them plays much on the defensive end. As a result, it will come down to who can win a shootout: Harden, Westbrook, and the Rockets or Lillard, McCollum, and the Trail Blazers.

While I think that the Rockets probably have the edge overall, it wouldn’t shock me if the Trail Blazers can hang with them, especially if they get another big game from Nurkic. For my money, I am taking the Trail Blazers and the 4.5 points.

I am also taking the over despite the number being set at 244. This restart has seen a lot of high-scoring games, and I don’t think this one will be an exception.