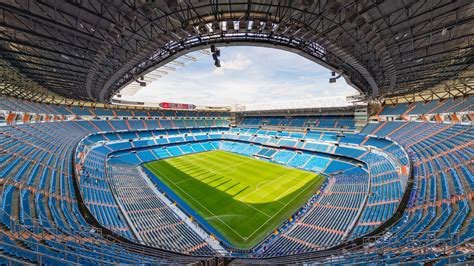 After Villarreal and Liverpool face off on Tuesday to determine one place in this month’s UEFA Champions League final, Real Madrid and Manchester City will lock horns on Wednesday night to decide the other ticket to France.

Despite holding the home advantage for the second leg of this mouth-watering semi-final matchup, Real Madrid are chasing the game after losing at the Etihad Stadium last week. The Cityzens won that match 4-3 in a night that will live long in the memory of everyone that watched it.

What will happen in the second leg? Will Real Madrid feed off the atmosphere created by a capacity crowd to overturn the deficit from the first leg and book their place in the final? Will Man City take encouragement from that first-leg win and finish the job, eliminating Blancos and becoming favourites to lift the trophy?

Blancos are still in it despite first-leg defeat

Real Madrid had one task when travelling to Manchester for the first leg last week, and that was to ensure the tie remained live. They wanted to have something to play for at the Bernabeu, regardless of the score.

They achieved that goal thanks to a 4-3 defeat at the Etihad Stadium, and despite leaking four goals on a remarkable night, they remain in the running. A home win on Wednesday would push Blancos back into contention, ensuring the least they can play for is extra time.

There is still plenty of life in the tie, thanks to that impressive double from Benzema last time. Man City raced into a 2-0 lead that night, and it looked like the floodgates would open for more goals after the opening 10 minutes.

Madrid showed great character to get back into it, scoring to make it 2-1 and then 3-2 later in the game. Despite the defeat, Madrid held their own and refused to roll over despite that early shock.

We last saw the home team in action on Saturday when hammering Espanyol 4-0 at this venue. The three points gained there pushed Madrid over the line, crowning them champions of Spanish soccer once more.

That success had been coming for many weeks, and it has been a case of when Madrid would clinch the league rather than if. The team deserve great credit, and morale will be high in the locker room before this match.

Cityzens out to defend their lead

Man City were made to work for their win at the Etihad Stadium last week, and that’s something manager Pep Guardiola will ensure the players keep in mind when approaching this match.

As is often the case with the EPL champions, City started well and had no problem finding the net, scoring two goals inside 10 minutes before Real Madrid fought back. As ever, they were impressive in attack but looked fragile in defence.

The first leg was a thrilling contest, with Man City looking likely to score every time they crossed the halfway line. After taking their time to grow into the contest, Real Madrid also looked dangerous and capable of scoring when going forward.

It was a game that gave us seven goals, plenty of talking points and set us up nicely for the return leg. Will these teams continue their scoring ways in the second leg, or will Man City set up to defend their narrow advantage?

Win or draw, and Man City will go through to the final. That much they know, and with their fate in their hands, there’s not much else fans could have hoped for.

The visitors make this trip, having bagged an important win in the Premier League on Saturday, hammering Leeds United 4-0 to move past Liverpool and back to the summit of the division. It was a convincing performance at Elland Road, and more of the same is needed here.

When previewing a match of this calibre involving two huge names from European soccer, it often pays to keep the stats in mind.

The head-to-head figures show this will be the eighth competitive match involving Real Madrid and Man City. The English side has three wins, with the Spaniards on two wins and two games ending level.

Armchair fans will be salivating with each of the last three games seeing both teams on the scoresheet with Man City winning each game. The EPL team claimed back to back 2-1 wins before claiming that emphatic 4-3 in the first leg.

Real Madrid haven’t beaten Man City since May 2016, when an own goal from Fernando on 20 minutes won the game for Blancos. It’s also worth keeping in mind that Real Madrid have beaten Manchester only once in the last decade.

When analysing the match stats, recent form of both teams and the head to head figures, we are left with a bet on Man City to win and both teams to score. That would’ve been a winning bet in each of the last three meetings, and we are confident bettors will enjoy a repeat performance here.

The 2022 French Open is underway at Stade Roland Garros in Paris, France, and we are already almost through the first week of play. Tomorrow, the remaining third-round matches will take place, after which the men’s and women’s singles draws will be down to their final 16 contenders. In both men’s and women’s singles, there END_OF_DOCUMENT_TOKEN_TO_BE_REPLACED