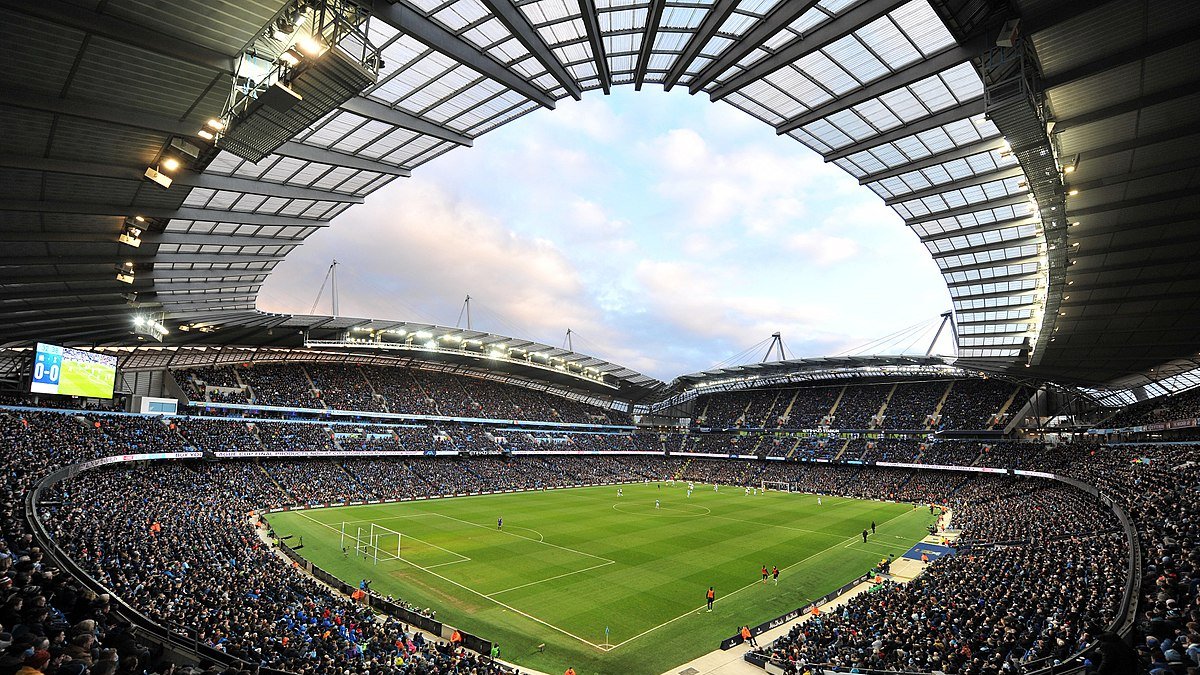 Manchester City return to Premier League action on Sunday when hosting Newcastle United at the Etihad Stadium. This will be the Cityzens second match of the week following Wednesday’s trip to Real Madrid in the UEFA Champions League. There will be a few heavy legs in the squad, but with Liverpool breathing down their necks, there’s no room for error from the league leaders.

Man City are closing in on the EPL title and two in a row, and they have sat in pole position for much of this season. The locals have been playing well, picking up points and winning matches, but they can’t quite shake a Liverpool side who are second, waiting in the wings and poised to strike on any slips from the champions. We are preparing for what promises to be a grandstand finish.

Will Man City make their home advantage count and move closer to defending the league trophy, or are we set to witness some late-season drama? The stadium will be at capacity, with millions more soccer fans worldwide watching the match on TV and through live streaming apps. Read our big match preview and follow our expert betting tips.

As can be seen from the above betting odds and markets, traders working at the major online sportsbooks fancy Man City strongly here, and the prices offered suggests the hosts need only turn up to win the match.

Any follower of the EPL – or any sportsbook bettor – knows that is a dangerous strategy. We can’t afford to write off any team in the top division of English soccer, as the weekly results are littered with upsets and shocks. Could Newcastle be about to pull off one of the biggest wins of their season?

The betting doesn’t believe so, and we don’t either. We fully expect Manchester City to win this match but will take this opportunity to offer a bit of advice when betting on soccer, and that’s always make your decision before checking the betting odds.

This approach limits the chances of the betting influencing your decision, as the case may be here. Newcastle are a strong side and capable of performing much better than their pre-match odds suggest.

Returning to the champions and in addition to the home advantage, Man City started the round on top of the league and boast a strong recent run of form. Their last five EPL results show four wins and a draw, with the spare coming at home to Liverpool when fighting out a 2-2 finish.

With the Reds sitting in second, just one point off the lead, that draw would have felt like a great result for City as it moved them closer to the title.

They played in Spain against Real Madrid on Wednesday in the semi-final of the Champions League, but their last appearance in the EPL was a stunning 4-0 away win at Elland Road over Leeds United.

That was a game they were expected to win, and they lived up to expectations thanks to goals from Rodri, Ake, Gabriel Jesus and Fernandinho. The fans would welcome something similar here.

Newcastle rate as one of the form teams of the EPL this spring, and the Magpies put together a fantastic winning run that drove them up the ladder.

That late flurry ensured fans can enjoy the end of the season without the worry of being dragged into the relegation dog fight that’s going on beneath them. But the coaches and players now have a question to answer. Do they wind down with nothing to play for or keep pushing to the finish line?

After taking a dozen points from four matches, Newcastle’s luck eventually ran out, and they were beaten by Liverpool last weekend at St James Park.

We were all looking forward to a high-scoring match with plenty of thrills and spills but what we got was a tense affair between two teams running low on energy. The Reds did what they do best, ground out a narrow win.

Following that defeat to title-chasing Liverpool – that won’t feel like a bad result to anyone involved with the Toon Army – Newcastle sit in 10th place.

The 43 points collected means they have a chance at finishing ninth above Brighton but could also slip down to 15th below Southampton. The middle of the table is so tightly congested that there’s no room for error.

The visitors do hold their fate in their hands and know a top 10 finish would be a fantastic return given the problems and poor form the club experienced last summer.

It would also give the squad and fans a shot of confidence ahead of the new season, which will begin in August. The coaching staff will ask the players to remain professional and shoot for that ninth-place finish.

Being two established EPL sides, there is plenty to work with from the head to head stats. This will be the second meeting of the season, and we recall Man City’s emphatic 4-0 win at St James’ Park back in December.

The stats also show us Man City have won without conceding in four of their last five games with Newcastle.

The 2022 French Open is underway at Stade Roland Garros in Paris, France, and we are already almost through the first week of play. Tomorrow, the remaining third-round matches will take place, after which the men’s and women’s singles draws will be down to their final 16 contenders. In both men’s and women’s singles, there END_OF_DOCUMENT_TOKEN_TO_BE_REPLACED