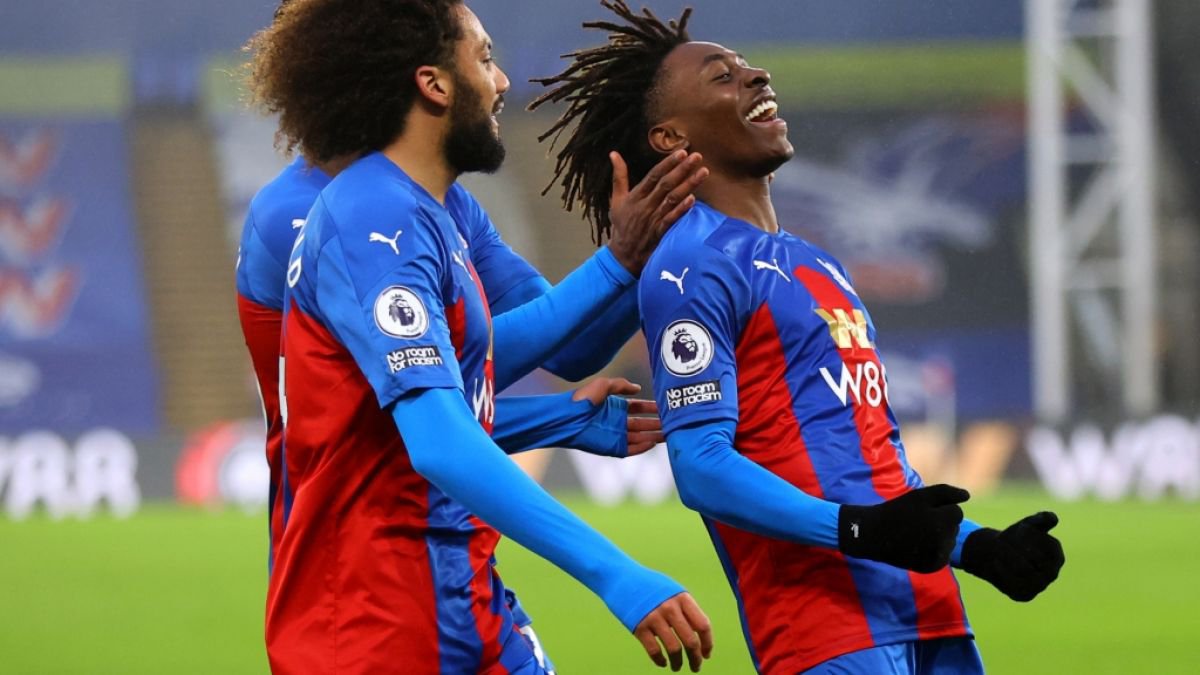 Another hectic weekend of action from the English Premier League concludes on Monday when Crystal Palace take on Leeds United at Selhurst Park in London.

Neither team finds themselves in a strong position to challenge for the prize places this season, but there’s still plenty to play for in this match.

The Eagles hold the home advantage and know three points gained on Monday in front of their fans could drive them into midtable, all but securing their place in the top tier of English professional soccer for another season.

Leeds United start lower on the ladder, much closer to the bottom three relegation places than their hosts but will take heart from an upturn in form that has seen them go four games unbeaten.

That purple patch consists of three wins and a draw which has allowed them to open a five-point cushion over the danger zone.

Another three points could move Crystal Palace up to 15th in the table and past a struggling Aston Villa, but the visitors know this won’t be an easy road trip. Leeds will be made to fight for any success they have in London.

These teams met at Elland Road earlier this season in the reverse of this fixture, and it was Leeds that came out on top, winning the match courtesy of a 1-0 scoreline. The winning goal that day was credited to Raphinha, but it was scored with 90 minutes on the clock and from the penalty spot.

That tells the story of just how close that game was and how competitive this renewal should be on Monday. Will we see the Peacocks do the double, or will the Eagles swoop to gain their revenge, grabbing a crucial win and three points that could save their season?

Palace are great to watch

Crystal Palace entered the weekend sitting 14th of 20 teams following a less than convincing season. For soccer fans who aren’t overly familiar with this club from the UK capital, Palace are capable of beating any opponent when at their best, but they struggle to find the consistency needed to challenge the main teams of the division.

When setting out their goals during pre-season, the board usually insist on the team maintaining their spot in the Premier League by steering clear of relegation, with the best they can hope for usually being a top 10 finish.

That stretched their season stats to eight wins and 13 draws against 11 defeats, scoring 43 goals but conceding 41.

That free-scoring attack coupled with a leaky defence often makes Crystal Palace an exciting watch for armchair fans as you can never be sure what you are going to get from them.
The home team’s last win came over Arsenal at this venue when they smoked the Gunners 3-0 in their first match of April, but they failed to build on that surprise win over a high-profile opponent from the same city.

Palace went on to lose 2-1 at Leicester City and 1-0 at Newcastle United. Between those two league defeats sits another loss, with the club suffering a 2-0 reverse against Chelsea in the semi-final of the FA Cup.

If you are looking for an entertaining team to watch from the EPL, then you won’t go far wrong with Leeds United.

One look at their stats for the season tells you exactly what to expect from this team of battlers who spent far too long in the lower leagues but have proven to be a great addition to the Premier League since making it back to the top-level a few seasons ago.

Ahead of Monday’s fixture at Crystal Palace, they are 16th in the league with just two places and five points between them and the bottom three.

Finishing 18th, 19th or 20th would take Leeds back down a level to the Championship, losing their place in the EPL, and that’s something everyone connected to the club wants to avoid at all costs.

Leeds have won eight, drawn nine and lost 15 games, scoring 38 goals but conceding 68, and it’s that poor defensive record that threatens their spot in the competition.

Taking a closer look at those numbers, we note that Leeds have scored more goals than Wolverhampton Wanderers, who are eighth and pushing for a place in Europe next season, but the defence has conceded more goals than any other team in the league. That’s something the coaching staff must improve quickly.

Despite their lowly position in the league, Leeds seem determined to finish with a flurry and are unbeaten in their last four at this level, winning three and drawing one.

They were last spotted in action, collecting a vital three points courtesy of a stunning 3-0 away win over Watford in London in what was a show of strength from the team.

This is a tricky one to solve, so we will stick to what we know, and that’s this is a game involving two teams who are capable of scoring but are fragile at the back and could concede at any moment.

That makes a bet on both teams to score the obvious play here, or you could go with over 2.5 goals in the game from both teams combined.

Flicking through past meetings of these teams, we noticed that both teams scored in five of the last seven encounters, with the most recent game at this venue producing a stunning 4-1 win for the home team.

Picking a winner of the match won’t be easy as Palace have the home advantage, but Leeds are in better form. So, make it easier on yourself and predict the goals.

The 2022 French Open is underway at Stade Roland Garros in Paris, France, and we are already almost through the first week of play. Tomorrow, the remaining third-round matches will take place, after which the men’s and women’s singles draws will be down to their final 16 contenders. In both men’s and women’s singles, there END_OF_DOCUMENT_TOKEN_TO_BE_REPLACED