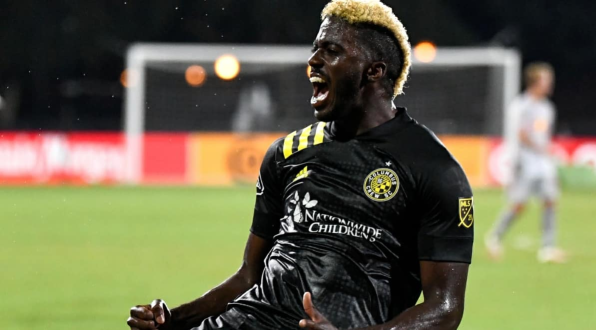 Group E comes to a close this week with one game Tuesday and the other Wednesday in the MLS is Back Tournament. All four teams are still alive to advance to the knockout round, but group favorites Atlanta United must beat current leaders Columbus Crew when they square off Tuesday to have any chance of advancement.

Through two games, the Crew have six points, New York Red Bulls and FC Cincinnati have three each, and Atlanta United has zero.

Last season Columbus beat Atlanta at home 2-0 on March 30 as Gyasi Zardes and Pedro Santos scored. Atlanta eliminated Columbus from the US Open Cup in June 3-2, and Columbus won another MLS matchup 3-1 in Georgia in September. In 2018, Atlanta United won both MLS games with a 3-1 home win and a 2-0 win in Ohio.

Columbus has looked better than just about everyone else in the tournament with a combined 6-0 scoreline in two wins. Zardes scored again in the 2-0 win over NYRB on Thursday and has three goals in the tournament.

Lucas Zelarayan also scored for the second straight game with another laser as Eloy Room preserved the shutout.

Zardes and Zelarayan have five of the six goals in the tournament with Youness Mokhtar scoring the final goal in the 4-0 win over FC Cincinnati. Room and his back line have been dominant with consecutive clean sheets.

The only setback has come from injury as Vito Wormgoor left the opening game on crutches while Darlington Nagbe, Room and defender Jonathan Mensah all required attention late against NYRB.

Nagbe hopes to be fit to face his former team. Including the pre-COVID games this season, Columbus has outscored opponents 8-1 over four games while winning three and holding Seattle to a 1-1 draw. Columbus entered the tournament even with NYRB at +300 to win the group and -250 to qualify for the knockout round.

A lot was expected from Atlanta United in this tournament, even without 2018 MLS MVP Javi Martinez, who tore his ACL in March. But the Five Stripes have not scored in their two games with a 1-0 loss to NYRB and a shocking 1-0 loss to FC Cincinnati.

Atlanta United got to Orlando as the group favorites at +100 while also having -800 odds to advance to the knockout round. To get to the final 16 now, they must beat Columbus and hope they get enough goal differential to be among the four-best third-place teams.

Against the Crew, they will be without midfielder Jake Mulraney and forward J.J. Williams as both received red cards in the loss to Cincinnati. Williams only played six minutes after coming off the bench late and being carded for violent conduct.

Mulraney picked up two yellow cards in a 15-minute span and was sent off in the 26th minute, which gave Cincinnati a man advantage for 64 minutes.

Even without Martinez, Atlanta has firepower with Ezequiel Barco and Pity Martinez, who combined for nine goals last year. US National Team goalkeeper Brad Guzan has allowed four goals in four games this season.

Nobody is playing better than the Crew in this tournament, and they can wrap up the group and a good seed in the knockout round with a win. The way the Atlanta offense is going over the last few games, they will be hard-pressed to keep up with the Crew.

Tonight, two pitchers whose records could use a little polishing match up as the St. Louis Cardinals welcome the Miami Marlins to Busch Stadium to open a three-game series. Cardinals hurler Adam Wainwright has not picked up a win since May 20, while Pablo Lopez’s win in his most recent start last week was his END_OF_DOCUMENT_TOKEN_TO_BE_REPLACED