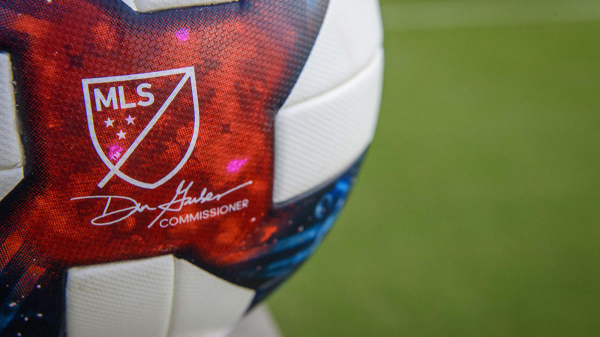 Soccer will be back on U.S. soil in less than a month.

In the wake of the coronavirus pandemic, Major League Soccer will return with a bang as it hosts its “MLS is Back Tournament” at the ESPN Wide World of Sports Complex near Orlando, Fla.

All 26 teams will descend on the Walt Disney World Resort to participate in the tournament, which has been modeled after a World Cup. Group play will precede a knockout-round tournament, including 16 teams.

“We are pleased to team up with Disney to relaunch the 2020 MLS season and get back to playing soccer,” said MLS commissioner Don Garber. “The opportunity to have all 26 clubs in a controlled environment enables us to help protect the health of our players, coaches, and staff as we return to play.”

As the host club, Orlando City SC will play the first match of the competition. Their opponent is yet to be determined. The tournament draw, which will place teams in groups and fill out the group play schedule, is set for Thursday at 3:30 p.m. Eastern.

Although the MLS hasn’t taken to the field since March 12, the domestic soccer league is certainly returning with a fast and furious pace. As the tournament begins, three matches will be played per day to complete the tournament’s group stage.

The tournament will be made up of six groups — three in each conference. Orlando City’s group will include six teams, and all other groups will consist of four teams. The other group leaders include Atlanta United, LAFC, Seattle Sounders FC, Toronto FC, and Real Salt Lake.

Those seeds were given to the four semifinalists from last year’s MLS Cup Playoffs, plus Real Salt Lake, which had the next-highest points total in the Western Conference in 2019.

Each team will play three group stage matches, which will count toward the regular-season standings. The top two teams in each group will be joined by the four best third-place finishers in the round of 16.

In addition to prize money, the winner of the tournament will be rewarded with a spot in CONCACAF Champions League.

In total, 54 games will be played over the four-week tournament.

Once the tournament has concluded, the MLS plans to resume its regular season in home markets according to a revised schedule. The season will then end with the MLS Cup Playoffs, although dates are yet to be decided.

LAFC is the Current MLS Favorite

Powered by Carlos Vela, one of the best players in MLS, LAFC was set to be one of the league’s leading forces throughout the 2020 season. Despite the delay caused by the coronavirus pandemic, LAFC remains a favorite to win the MLS Cup after the season.

With odds of +275, LAFC is well ahead of the closet contenders. Both Atlanta United and NYCFC hold odds of +800 to be the last team standing at the conclusion of the MLS Cup Playoffs.

But should those odds carry over to the MLS is Back Tournament?

There’s no denying a team like LAFC has more talent than the vast majority of the competition, but there are two big factors that make the upcoming tournament a toss-up.

First, it’s incredibly difficult to project how teams will perform coming off months of inactivity and a relatively short preparation period.

Second, we’ve yet to see which teams will be grouped together, and which teams have the toughest path to the knockout rounds of the tournament.

So, while LAFC has a great chance of winning the return-to-play competition, it’s truly anyone’s tournament to win.