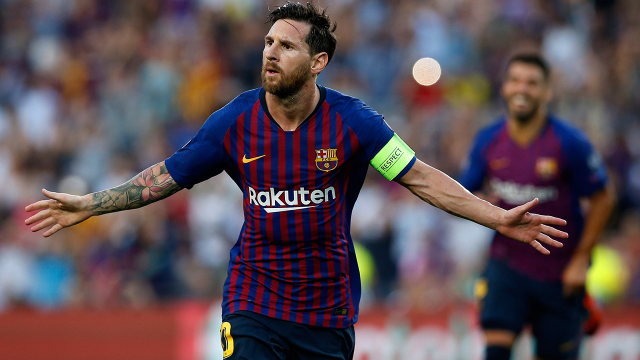 Once again, the Champions League is upon us. Despite previous delays and postponements due to the ongoing virus, the highly coveted competition featuring the best teams in Europe is slated to begin on Tuesday, October 20th. This article is going to run you through the various team matchups, odds for all 16 games, factors such as notable injuries and head-to-head records, and other bits of applicable information about each game and the competition as a whole.

The Champions League is organized by UEFA, Europe’s chief governing body for soccer. Proclaimed by the organization as the “greatest tournament in world football” – a statement that is subject to individual opinion – the Champions League is, no doubt, the most coveted competition for clubs all over the continent.

The competition combines the best teams from all of Europe’s top leagues: such as the English Premier League, Spanish La Liga, Italian Serie A, French Ligue Un, and German Bundesliga. Depending on each league’s ranking with UEFA, the top two, three, or four teams either gain direct qualification into the group stages or (in the case of lower-ranked leagues) play a qualifying round that will determine entry into the competition.

All odds are courtesy of FanDuel Sportsbook

This might be less entertaining than later contests. Both teams are misfiring in their respective leagues and may carry that form into this game.

Juventus has never had problems playing away from home in the Champions League and, despite being without chief attacking focal point in Cristiano Ronaldo, The Old Lady should cruise to a victory against their Ukrainian opponents.

Advice: It’s almost not worth betting on Juventus since they’re the obvious favorites. Explore over/under bets of 1.5 or spread bets.

A battle between the best team in France and a Manchester United team that has, in recent years, fallen short of its past heights, this might nonetheless prove a very entertaining contest to watch. Importantly, Manchester United go to Paris on Wednesday with a squad that has notable absentees in the form of key players like Harry Maguire, Mason Greenwood, Eric Bailly, and the recently signed Edinson Cavani.

Advice: A PSG moneyline bet might be best for this game because all things considered, the Parisians boast the better squad and they’re in much better form.

Both these teams are equally matched when it comes to squad strength. However, some might say that Dortmund’s speed in attack (with players like Sancho and Reus) combined with their sublime build-up play gives them the edge in this matchup. Lazio has the home advantage, though, and whether or not they can capitalize on it remains to be seen.

Advice: Seeing as both teams have a penchant for high score counts, a total goal wager of over 2.5 should suit this game.

They say that football is unpredictable, but if there is going to be an easy game for any team on Matchday 1, this should be it. Barcelona, despite its recent internal turmoil involving talisman Lionel Messi and the club president, is still among the best teams in Europe. A vastly superior attack and incomparable Champions League experience should give the Catalan club an easy victory over the Hungarian debutants – but you never know.

Advice: If you can combine bets, go for both a moneyline bet and OVER goals bet. Barcelona should win the game with a high margin to boot.

This is another evenly-matched contest. Chelsea has, on paper, better attack stats, but they also have a penchant for giving away cheap goals. Sevilla, on the other hand, proved their European pedigree by winning the 2019/2020 Europa league and as such, shouldn’t be underestimated.

Advice:Considering how tight the game might prove, a spread bet on Chelsea could be the best option.

Turkish champions Basaksehir might rule it all in their home country, but by most predictions, they will come up short against a blistering Leipzig team. The Germans finished last year’s edition with a dignified semi-final exit at the hands of a full-strength PSG squad and, no doubt, look to replicate or exceed that success.

Pick: A straight moneyline bet should suit this game. However, with the incredible returns projected for those betting on the underdog, you could consider wagering on the Turkish side.

Rennes, over the past few years, has been a revelation in the French top division. This year, they are kicking off their UCL campaign with a home game against Russian outfit Krasnodar. Unsurprisingly, Rennes are the favorites to win this match and should do so with relative ease.

Advice: You should bet on Rennes as the straight winner.

A sister team to RB Leipzig, both clubs have seen their fortunes rise astronomically over the years. With star players like Dominic Szoboszlai at the engine room, Salzburg should craft a convincing victory against their Russian opponents come Wednesday.

Advice: A straight moneyline bet on Salzburg should prove the best option for this game.

This should be the biggest game of Matchday 1. Pitting last year’s champions against a very resolute defensive side, this game should be a feast for the eyes – and is a tough one to call.

Advice: Almost certainly, there isn’t going to be a large smattering of goals in this game. As such, bettors might think about the UNDER.

Ajax is a perennial overachiever, and with a home game against English champions, Liverpool might see an opportunity to lay down a marker for the rest of the competition. It won’t be easy though as Liverpool boasts a formidable squad with the likes of Sadio Mane and Mohammed Salah up front.

The Greek giants take on a resurgent French side in what is sure to be a scintillating matchup. Marseille is coming into the game with a record of five wins on the bounce and shouldn’t be underestimated.

Advice: The odds on a draw and a win for Marseille are the same. Have no fear betting on either scenario or a win-draw combination.

For all of Monchengladbach’s excellent play last season, it’s tough to see them winning on Wednesday against an Inter side that has been nothing short of phenomenal in Serie A this season.

Manchester City can be an inconsistent, frustrating club at times. Two things that remain definite, however, is that they will qualify for the knockout round and that they have a stronger squad than Porto.

Advice: Go for an OVER total goal wager. City should be able to run down a storm of goals on their Portuguese rivals – especially considering the former’s home advantage.

Los Blancos might be misfiring in La Liga so far this season but make no mistake, they know how to close out Champions League games against lesser opponents. This should end in a comfortable win for the Galacticos.

Home advantage will not be enough to save the Danish team Midtjylland from Atalanta’s attacking prowess. With players like Luis Muriel, Duvan Zapata, and Gosens leading the attack, the Italian team is a strong favorite to win this matchup.

Advice: Consider going for a total goals bet of OVER 2.5 for this game as Atalanta are perennial high scorers.