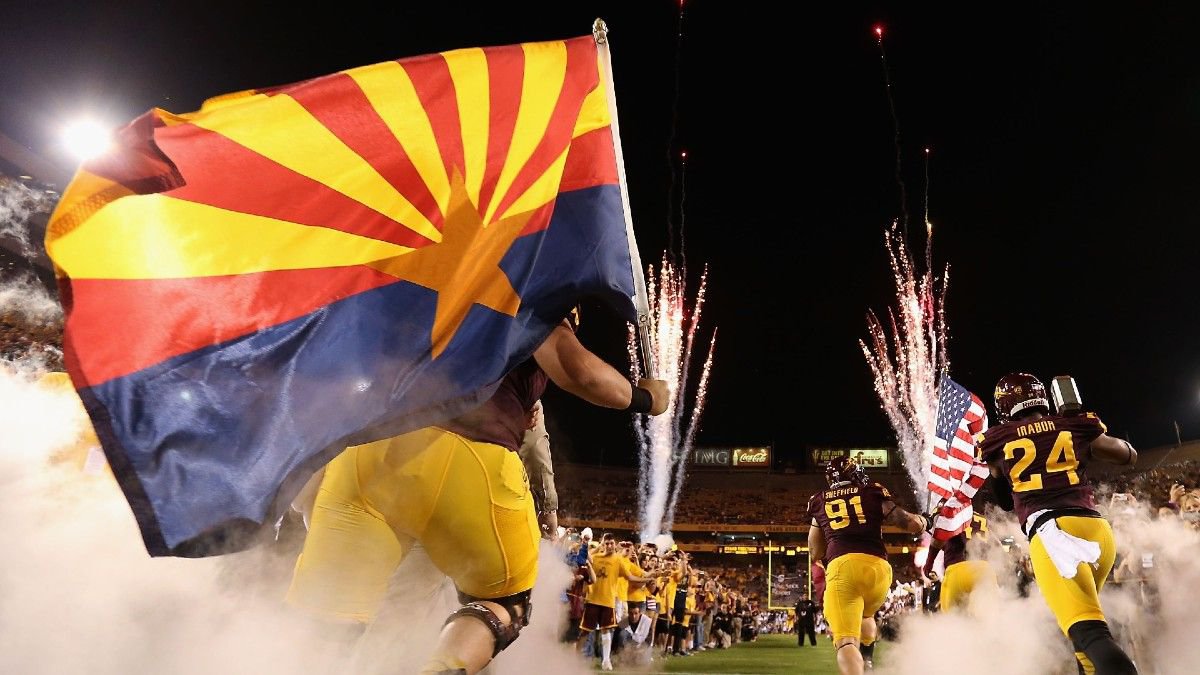 Arizona doesn’t plan to be left behind in the race to secure sports betting revenue, and political figures — as well as one prominent former hockey star — apparently are dedicated to making it happen.

The state’s lawmakers may have cleared a path to allow legal sports gambling to receive a final vote as early as Monday.

According to the Arizona Republic, Senate Bill 1797 would bring sports and fantasy sports betting, a new Keno game run by the lottery and also will help to move Gov. Doug Ducey toward new gaming compacts with Arizona tribes, which had been reluctant to approve any off-reservation gambling.

Tribes could run 10 of the 20 sportsbooks allowed under the legislation.

Should the bill be passed into law, the sports-betting license holders would be able to partner with prominent online sportsbooks such as FanDuel and DraftKings, both of which are supporting the bill.

"The Governor’s Office did a very good job in making sure that every member who actually wanted to go up and view the compact and understand what they were singing on to had the opportunity to do so," Shope said Thursday, adding that he believes it will have a two-thirds majority vote to pass with an emergency clause to make it effective immediately upon the governor's signature.

Sen. Rebecca Rios, D-Phoenix, confirmed to the Republic on Thursday that all but perhaps one of the minority party senators would support the bill.

"People's comfort level changed over time and in the Republican caucus I always had from seven to 10 votes," Shope said. "So we knew the numbers were there once the Ds came along."

Shope said in the Republic story that the bill helps retain gambling revenue for Arizona.

"We already have other forms of gaming in Arizona," he said. "We have accepted gambling as a vice for many years in this state. To add sports betting and fantasy football, most people don't realize that when they enter a pool with their friends they are violating Arizona law … To make it legal to do so was important to me."

That’s not to say this is a slam dunk.

"Leadership has identified critical elements necessary for an information-based vote on the merits of the proposal," Senators said a Feb. 17 letter signed by Senate President Karen Fann and the leadership from both sides.

The bill still needs approval from the Rules Committee before moving to a full Senate vote, but with most concerns addressed, the runway is open.

Shane Doan at the Forefront of the Sports Betting Battle

Shope on Wednesday posted on social media a picture of himself with Shane Doan, a former player and current employee of the Arizona Coyotes professional hockey team, at the Capitol.

Doan presumably was there to endorse the measure, which would allow the Coyotes franchise to apply for a sports betting license.

Shope said he bumped into Doan and took the opportunity to get a picture with him as a fan, and that he didn't bring the star to the Capitol.

Shope was eager to share via Twitter: "I’d like to thank 'Captain Coyote' Shane Doan, for stopping by the State Senate yesterday to give me a hand in moving SB1797/HB2772 (Fantasy Sports Betting; Event Wagering) forward to an up-or-down vote! Stay tuned because there’s big news to come on this front!"

Doan, 44, is an iconic Arizona sports figure. He played his entire 21-year career with the franchise, being a member of the Winnipeg team that moved to Arizona for the 1996-97 season and staying with the Coyotes through 2017.

More details from the Republic:

“Arizona tribes can offer only card games such as blackjack and poker under the current agreements. The amendments Ducey is negotiating could include new games such as baccarat, craps and roulette, according to the Governor's Office.

“The tribes also could expand their offerings with the 10 sports betting licenses offered to them through the legislation.”

Arizona legislators and officials have increasingly pushed for sports betting legalization as momentum continues across the country.

There are 20 states, plus Washington, D.C., that now allow sports betting.

It is legal but not yet operational in five others, while 14 more states have pending legislation, according to the American Gaming Association.

There are only seven states, as of 2021, without legislation on the issue, and in three states, legislation has died, according to the gaming association.

With every large sporting event, states without legalized sports betting are leaving money on the table. For those on board, the results are clear.

Iowa enacted sports betting in 2019, and saw nearly $160 million wagered for March — in large part thanks to the NCAA Men’s Basketball Tournament, according to PlayIA.com, which tracks sports gambling in the state.