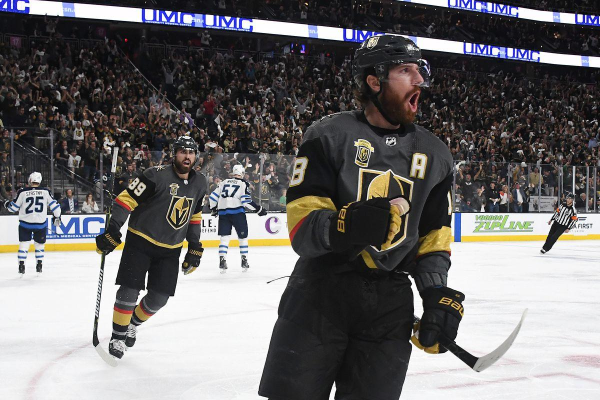 The top scorer for the GoldenKnights this season has been Jonathan Marchessault. He has scored 24 goals and assisted on 29 goals this season. The 28-year-old is in his fifth season and having his best season ever. The Golden Knights rank 11th in offense, with 3.07 goals per game, and 8th, allowing just 2.75 goals. Goaltending for Vegas has been veteran Marc-Andre Fleury, with his 35 wins on the season.

Jets Contender in the Western Conference

We have seen all season that the WinnipegJets are one of the contenders in the Western Conference to take it down. The Jets are playing some of their best hockey right now with four straight wins. In those four wins, the Jets have outscored their opponents 12-6. The last time the Jets lost was in the second of a back to back to the Capitals and the Sharks.

The Jets are led by the combination of MarkScheifele and Blake Wheeler. Scheifele leads the charge with 35 goals, with 11 of them coming via the power play. Blake Wheeler has added 68 assists this season and leads the team with 88 points. The Jets defense has been good in front of lead goaltender Connor Hellebyuck. He has 31 wins, while Laurent Brossoit also has 588 saves on the season.

The Winnipeg Jets need a win to get into the postseason. Not tonight though. While the Jets are going to get into the postseason, it will have to wait for another night. The VegasGoldenKnights are playing great hockey right now, and they are going to keep their home streak rolling. Look for Vegas to get out to an early quick start, and keep that lead.

No matter what happens, there is a chance these two teams could meet up in the postseason. Outside of Calgary and San Jose, there are not two better teams in the Western Conference. With our final bet, we are taking the Vegas Golden Knights -115 over the Winnipeg Jets on Thursday night.

Tonight’s NBA betting schedule is lacking in overly compelling matchups, but tonight’s action will also be taking place with a few notable names missing. Booker, Morant, and Lillard Sidelined Tonight and Beyond Booker Out Versus Pistons Due to Hamstring Injury The Phoenix Suns lost Devin Booker (hamstring) on Tuesday against Golden State but closed out END_OF_DOCUMENT_TOKEN_TO_BE_REPLACED