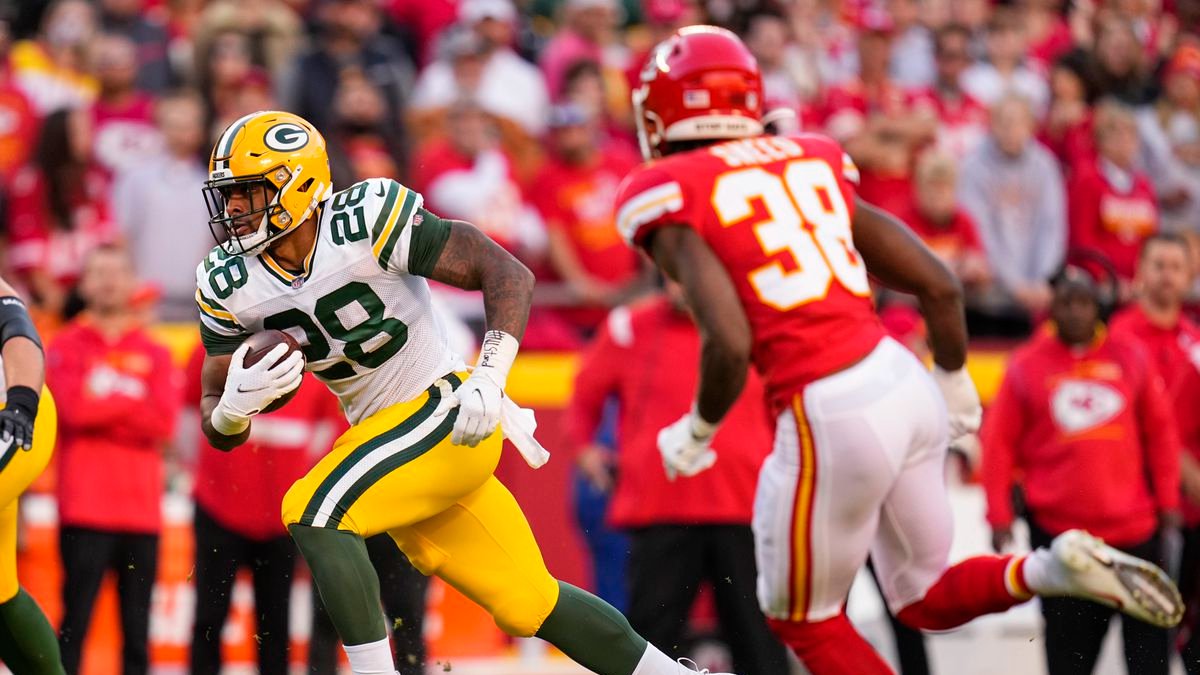 With the wild-card round of the NFL playoffs completed and the divisional round ahead this coming weekend, the road to Super Bowl 56 has officially begun. But what will the Super Bowl matchup be when America’s biggest sporting event kicks off on February 13?

The most popular type of Super Bowl betting is betting on who will win the game. But in addition to wagering on which team will lift the Lombardi Trophy, bettors can also make bets on what the specific Super Bowl matchup will be.

As per the latest Super Bowl 56 odds, the likeliest matchup continues to be a rematch of a game from earlier in the 2021 NFL season.

In Week 9, Patrick Mahomes and the Kansas City Chiefs edged the Green Bay Packers 13-7 at Arrowhead Stadium. That November matchup was supposed to be a showdown of two top NFL quarterbacks and NFL MVP candidates. But Aaron Rodgers’ COVID positive changed the outlook and outcome completely.

Ultimately, it did not keep the Packers from landing the NFC’s top seed. Nor did it destroy Rodgers’ NFL MVP hopes. After a stellar season, Rodgers is expected to win MVP for the second straight season and fourth time overall. In addition, Rodgers tops current Super Bowl MVP odds, ahead of Mahomes, Josh Allen, and Tom Brady.

On Super Wild Card Weekend, five of six favorites won–and covered the spread–to advance to the divisional round. If NFL playoff results continue to shake out the same way, the Super Bowl matchup will treat us to what we didn’t get to see in that Packers-Chiefs matchup in Kansas City.

With the number of NFL upsets this season, don’t count out the possibility of playoff upsets. But for now, Super Bowl matchup odds strongly favor a Chiefs-Packers rematch.

While that is the likeliest Super Bowl matchup, several other potential matchups also carry significant intrigue.

That includes a reprise of the Super Bowl 55 matchup between the Chiefs and the Tampa Bay Buccaneers. Unforgettably, the Bucs made Super Bowl history in their 31-9 win over the Chiefs last February, as the Super Bowl venue was the Bucs’ home stadium.

The Chiefs-Bucs showdown in Tampa was also a rematch of a game played in the regular season. Similarly, a number of potential Super Bowl 56 matchups would be as well.

After destroying the Pittsburgh Steelers to open the postseason, the Chiefs, the #2 seed in the AFC, head into their divisional round matchup with the Buffalo Bills still atop the latest AFC title odds. The Packers, meanwhile, are both the NFC’s top seed and the NFC title favorite.

As mentioned above, the Packers were without Rodgers and had to start backup Jordan Love in their Week 9 matchup.

Love filled in admirably enough, but the Packers were held scoreless for over 55 minutes. That negated a strong defensive effort against Mahomes and the Chiefs’ offense.

Buffalo is the third seed in the AFC, but the Bills’ recent results have them poised for another AFC title game run. The AFC East champions entered the playoffs with a four-game win streak and then routed the rival New England Patriots 47-17 to set up an AFC Championship Game rematch with the Chiefs.

When the Bills met the Packers at Lambeau Field in Week 4 of the 2018 season, Josh Allen was a rookie and making his third NFL start. It didn’t go so well, as he completed less than 50 percent of his passes and threw two interceptions. To date, that is the last time the Bills were shut out.

Unsurprisingly, these two teams entered the season as Super Bowl 56 favorites after their Super Bowl 55 showdown. As the Chiefs did in the AFC, the Bucs secured the second seed in the NFC.

So, if there is to be a Super Bowl rematch, both teams must win three games to make it happen. They are a third of the way there. As mentioned above, the Chiefs routed the Steelers and will face the Bills. Meanwhile, the Bucs started their run at a repeat with an easy win against the Philadelphia Eagles and will host the Los Angeles Rams on Sunday afternoon.

Thanks to a head-to-head tiebreaker over the Chiefs, the Titans are sitting pretty in the NFL playoff bracket. Their quest for a Super Bowl berth starts on Saturday against the Cincinnati Bengals, the AFC’s #4 seed. Ahead of the Bengals-Titans matchup, the top seed in the AFC slots in behind the Chiefs and Bills in the AFC pecking order odds-wise.

In the previous Titans-Packers matchup, Rodgers threw four touchdown passes and A.J. Dillon ran for 124 yards and two scores as the Packers dominated at Lambeau Field in a post-Christmas rout.

Of the top Super Bowl matchup possibilities, Bills-Bucs has the most recent meeting. They met in Week 14 in Tampa and played out a thriller at Raymond James Stadium.

The Bucs jumped out to a 24-3 halftime lead and led 27-10 with 11:20 left after a Ryan Succop field goal. But Josh Allen led the Bills on three straight scoring drives, and a late Tyler Bass field goal sent the game to overtime.

However, the reigning champs walked it off in the extra period, with Tom Brady connecting with Breshad Perriman on a 58-yard touchdown. It would take a lot for the Super Bowl matchup to match that first Bills-Bucs meeting.

The Rams let the second seed in the NFC slip through their fingers against the 49ers to end the regular season. Coming out on the short end of a playoff seeding tiebreaker to the Dallas Cowboys means that the Rams are the fourth seed instead.

But they, unlike the Chargers, their SoFi Stadium-sharing brethren, the Rams still have a shot at copying what the Bucs did last season. After a rout of the Arizona Cardinals in an all-NFC West matchup in the wild-card round, the Rams are two wins away from a home Super Bowl.

And if the Super Bowl matchup happens to pit them against the Chiefs, it would be the first time the two teams meet since one of the highest-scoring games in NFL history.

In that matchup, the two teams combined for over 800 passing yards, over 1,000 total yards, seven turnovers, three defensive touchdowns, 14 total touchdowns, and 105 points. That remains the third-most points in a game in NFL history and the most in any game since 2004.

The full game is on the NFL’s official YouTube channel, if you need to be reminded how wild that game was.

Super Bowl matchup odds listed above are from BetMGM as of Wednesday, January, 19, 2022.

Question: How many times have two teams met in the Super Bowl in consecutive seasons?

It would seem like this would have occurred more than once, but that is not the case. The only the same two teams have contested the title in consecutive seasons is when the Cowboys and Bills met in Super Bowl XXVII and Super Bowl XXVIII. The Cowboys won both meetings.

Question: How many overall repeat matchups have there been in the Super Bowl?

Question: How many rookie starting quarterbacks have won the Super Bowl?

In fact, the Super Bowl has never featured a rookie starting quarterback. With Mac Jones and the Patriots being eliminated in the wild-card round, that streak is set to continue.