Saturday Brings A Trio Of NFL Games With Playoff Implications 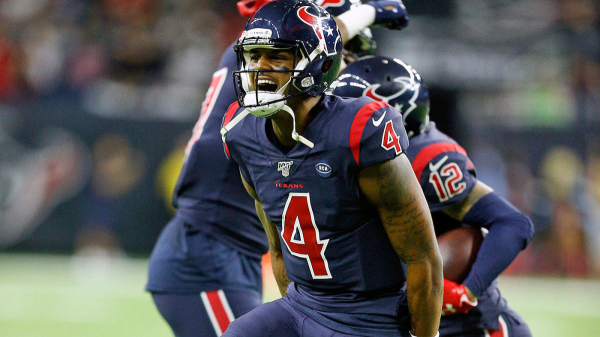 It’s that time of year when Thursdays, Sundays, and Mondays aren’t enough to satisfy the NFL schedule. So, with only two weeks of the regular season remaining, Saturday now holds a slate of three big-time games that are sure to have an impact on playoff hopes and seeding.

In fact, none of the teams that will be on display Saturday own a losing record. Yes, that includes the 7-7 Tampa Bay Buccaneers, who are set to host the Houston Texans in the early window.

That matchup will be followed by a battle for the AFC East between two of the better teams in the conference, the Buffalo Bills and the New England Patriots.

And finally, a primetime affair could help us add some clarity to the NFC playoff picture with so many teams sitting at 11-3 as the San Franciso 49ers host the Los Angeles Rams.

Let’s take a look at the playoff implications for each game.

After last week’s three-point win over the Titans, the Texans have put themselves in a great position to reach playoff football. In fact, Houston is in with a win over Tampa Bay on Saturday afternoon.

A victory against the Buccaneers would push Houston to 10-5, which means 8-6 Tennessee wouldn’t have a chance to catch it. In that scenario, the Texans would clinch a playoff berth by way of winning the AFC South.

The Texans enter this contest as three-point favorites, so that’s currently the most likely scenario. Houston can also win the AFC South with a loss if Tennessee also loses on Sunday. But it’s worth noting that this game doesn’t only hold implications for Houston.

If the Texans win, the Titans would only be able to reach playoff football via a Wild Card berth. Because they’re tied with the 8-6 Steelers on overall record and Pittsburgh owns the conference record tiebreaker, the Titans would need the Steelers to lose one of their final two games.

In that scenario (Pittsburgh finishing 9-7), the Titans would earn a Wild Card spot even if they lose this Sunday by winning next week to move to 9-7, getting level with the Steelers on conference record, and getting in by virtue of the fourth tiebreaker – strength of victory.

The Bills currently trail the Patriots by one game in both overall record (9-5 vs. 10-4) and division record (3-1 vs. 4-0). With a win Saturday, Buffalo could remedy both.

At this point, both Buffalo and New England have already claimed playoff berths. So, Saturday’s contest comes down to giving the Bills a chance to win the AFC East.

The Patriots feel more vulnerable than ever right now, but they’re still a 6.5-point favorite at home for this game. Plus, they’re still likely to claim the AFC East title even if Buffalo pulls off the upset this week.

For Buffalo to win the division, the Bills have to win out over the final two games, and the Patriots have to lose to the Dolphins in Week 17.

With a win Saturday and over Miami in the final week, New England would earn the AFC’s No. 2 seed (unless Baltimore loses its final two games, which would open the No. 1 seed). In this scenario, Tom Brady and company would get a first-round bye and a home playoff game.

The Rams currently own the sixth-best record in the NFC. That’s a problem.

While there are six spots available for the playoffs in either conference, there’s a dedicated place for each division winner. So, the 7-7 Cowboys and 7-7 Eagles trail the Rams in overall record, but one of those two teams will win the NFC East and earn a playoff berth.

And because they enter Saturday night’s game as a 6.5-point underdog, the most likely scenario is that Los Angeles falls to 8-7 and is eliminated from the postseason hunt. A tie would also end the Rams’ chances.

Even with a win over San Francisco, Los Angeles would need a lot of help to reach the postseason.

So, let’s look at the playoff implications for the 11-3 49ers, who currently trail the 11-3 Seahawks in the NFC West with a big-time showdown between the two looming in Week 17.

Despite currently sitting fourth in the conference, San Francisco would earn the top overall seed in the NFC by winning out against the Rams and Seahawks. This is also possible if the 49ers lose to Los Angeles, beat Seattle, and have both New Orleans and Green Bay finish 1-1 over the final two weeks.

Even if the 49ers lose to Los Angeles, they would very likely finish no lower than the third seed with a win over Seattle in Week 17. After being level on overall record (assuming Seattle defeats Arizona this week) and division record, the NFC West would come down to the common-game tiebreaker.

San Francisco currently owns a three-game cushion in the common-game tiebreaker, so it would take a lot to switch this to Seattle’s favor.