Patriots Look To Be Without Starting Center; How That Will Hurt Them In 2019 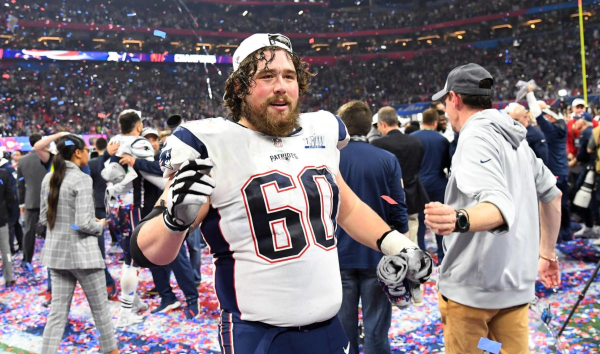 The Patriots are in very real danger of playing the 2019 season without the services of starting center David Andrews after he was hospitalized with blood clots in his lungs. Andrews, who played in New England’s preseason game on Thursday, was released from the hospital Monday night.

Although the center position is often overlooked by the casual fan, Andrews is a significant loss for the Patriots offense. In addition to being a team captain and fifth-year veteran, Andrews has anchored an interior offensive line that’s been a strength of the team.

Andrews became a full-time starter in 2016 and has since grown alongside guards Shaq Mason and Joe Thuney. As the Pats’ starting center in their past three Super Bowls, Andrews is someone with whom Tom Brady has developed an on-field relationship.

New England will also surely miss the communication of Andrews, who was responsible for making line calls and directing his neighboring linemen. Now, the Patriots are proceeding as if Andrews will be unavailable for the upcoming season.

So, how much will Andrews’ absence hurt New England’s chance to reach another Super Bowl?

The apparent heir to Andrews’ starting position at center is Ted Karras, who has five starts throughout his 45-game career. Also on the roster is James Ferentz, who has yet to start an NFL regular season or postseason game.

Although the Patriots are sending out a public message reflecting their belief in Karras, Ferentz, and the rest of the offensive line, no team will want to start 2019 with such inexperience at a position in which reading defenses and communicating is key.

Many analysts are projecting the Patriots to be active on the waiver wire and trade market to bolster the center position.

Whether New England ends up going with Karras, Ferentz, or someone not currently on the roster at the center position, that player will enter a starting unit with the all-important task of protecting Brady.

Before Andrews went down, the biggest question mark for the Pats’ line was at left tackle. After losing veteran Trent Brown in free agency, it appears 2018 first-round pick Isaiah Wynn is in line to start after suffering a torn Achilles that kept him off the field last season.

At the very least, New England will be able to rely on the veteran presence of the aforementioned Mason and Thuney at guard.

The Patriots were the fifth-best offense in football with 6,295 total yards a year ago. With a new-look offensive line missing Andrews at center, it’s easy to envision New England taking a step back in 2019.

It’s virtually impossible not to lose something offensively when a player like Andrews goes down. From the rapport between Andrews and Brady to the understanding of the Pats’ offense in order to make necessary calls at the line, New England won’t be able to slot another player in and get the same production.

However, New England is notorious for finding success without the most talented roster. Bill Belichick’s unrivaled ability to scheme and prepare for opponents has accounted for much of the Patriots’ success in years past, and having Brady at quarterback can cover up a number of holes.

So, while Andrews’ absence will have an impact, it won’t be one as severe as, say, Andrew Luck’s retirement. The Colts watched their Super Bowl odds dive from 16/1 to 50/1 after their franchise quarterback called it quits.

If the AFC comes down to Pats versus Chiefs in the conference championship game, an offensive line without Andrews could be a big part of the Pats’ inability to keep pace with an explosive Kansas City offense.