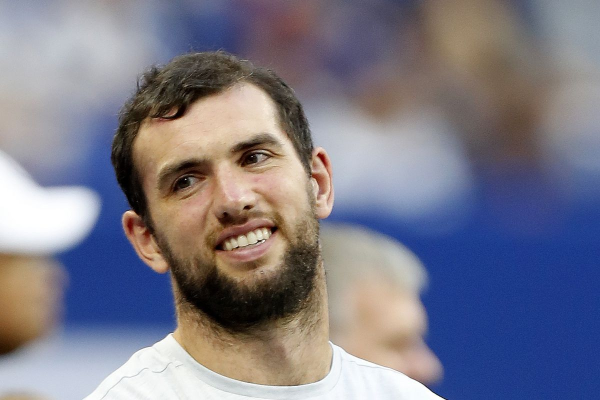 On Saturday night Andrew Luck announced his retirement, rocking the entire NFL. Luck, who has faced a slew of injuries throughout his career, stated that “the injuries have taken away my love for the game.” The news came as a big surprise since the season is so close to starting.

Luck is due to turn 30 on September 12th, making this quite the early retirement for a player with so much potential. The QB had missed 27 games out of a possible 112 in his 7 seasons in the league. In these 7 seasons, he had 2 shoulder injuries, a kidney injury, and a concussion.

The QB who would have been entering his 8th season was able to put up some pretty fantastic numbers. He threw 171 TD passes which is the most by any player to not start in a game following their 30th birthday. He was also third on the all-time Colts QB list with 23,671 passing yards, 171 passing TDs, and 53 wins.

The Colts will now lean on Jacoby Brissett, an ex-patriot who will have some expectations to meet in his second full season as a starter. In 2017 he played in 16 games posting 13 passing TDs and 7 interceptions. He also had 4 rushing TDs to go along with those numbers.

Not a horrible stat line for a guy who just entered the league in 2016, but he will need to do more if the Colts are going to be a threat come playoff time.

The Colts could take the route of signing another QB, but it’s expected that Jacoby will get the start when week 1 begins. The Colts have a better team now than they did last time Jacoby saw the field, and they also have a different head coach; Frank Reich.

How have the odds changed?

The Texans now become the new favorite to win the division, with the Jaguars not too far behind them. The Texans have +150 odds to win the AFC South, while the Jaguars currently sit at +220. Both teams are sure to be relieved that their biggest threat lost their QB who threw 39 touchdowns last years.

Clearly, the loss of Luck has practically eliminated any chances of the Colts winning the Super Bowl, but Brissett isn’t an awful player so only time will tell where he may take the team. He’ll have to get prepared fast, as the season will be a week away from starting this Thursday.

One way or another the Colts will have to get past this loss and look forward to new (and hopefully) better things. This gives them the chance to develop a young and talented QB who has had some experience as a starter.

He will be put to the test right away as the Colts face-off against the Chargers in week 1. This is bound to be a tough task for the Colts, but at least they aren’t starting a QB with no experience. Jacoby is sure to feel the pressure, but expect him to accept the challenge.

Will the Colts be able to sneak their way into the playoffs, or will they find themselves at the bottom of the standings? Many questions will be answered as we progress our way throughout the season; a season that is sure to be interesting for the team going forward.

It’ll take some time for the Colts and their fans to swallow the news of Luck’s retirement, but they’ll have to move past it if they want to find success. Losing a top QB is never easy, but this is the NFL, and you should always expect the unexpected.