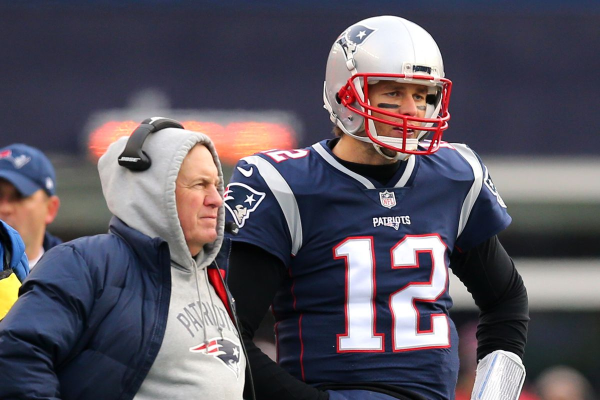 The New England Patriots enter 2019 as the defending Super Bowl champion, and that is something they are all too familiar with. The Patriots team willlook a little bit different in 2019, but they still have Tom Brady at quarterback, and Bill Belichick as head coach. New England is the clear favorite to win the AFC East, and are one of the favorites to win the whole thing.

New England finished the 2018 season with an 11-5 record, but it was still good enough to win the AFC East. The Patriots were also great against the spread a season ago, finishing with a 12-7 record. New England should rack up the wins again this season.

The New England Patriots are always making moves in the offseason, and it was no different in 2019. Tight end Rob Gronkowski announced his retirement after the 2018 season, and that leaves a huge hole on the Patriots roster. New England also let a ton of defensive players go, but they made a big splash in signing defensive lineman Michael Bennett.

Tom Brady: Tom Brady continues to defeat Father Time, and keeps putting up ridiculous numbers. Brady threw for 4,355 yards a season ago but did throw 11 interceptions. The Patriots are usually great at protecting their franchise QB, but he got sacked 21 times in 2018. If the Patriots can keep Brady healthy, then he should have another great season.

Sony Michel: Michel played in just 13 games a season ago, but still almost reached 1,000 rushing yards. The former Georgia Bulldog averaged 4.5 yards per carry in 2018, and should easily go over 1,000 yards this season. Michel and James White make up a terrific duo at the running back position.

Julian Edelman: Edelman led the Patriots with 850 receiving yards a season ago, despite playing in just 12 games. Tom Brady has made a living out of throwing the ball to slot receivers, and Edelman fits that mold. Don’t be surprised if Edelman is close to having 100 catches this season.

Rookie Class: The Patriots had ten selections in the 2019 NFL Draft, and they chose players from a variety of positions. Arizona State wide receiver N’Keal Harry was chosen in the first round and could see the field this season. The Patriots also selected Michigan defensive end Chase Winovich as a way to improve their defense. New England usually has a few rookies in their lineup, and that shouldn’t change this season.