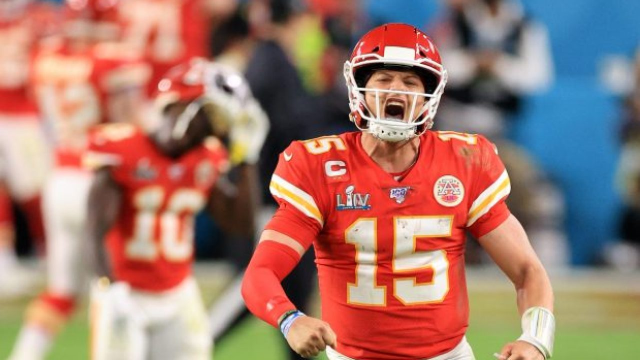 An NFL champion has been crowned, and the offseason is upon us, yet the National Football League has become a year-round affair. In that spirit, oddsmakers have already set the odds on the 2020 MVP race, and the storylines are plentiful.

Sure, there are a few things that won’t surprise you.

For example, you’ll have to look past nine quarterbacks on the list of favorites before getting to a non-quarterback. It’s also not a shocker that the last two players to win NFL MVP are the favorites heading into 2020.

But there’s also plenty to be excited about.

Will we have another unanimous MVP after Lamar Jackson became the second player in NFL history to receive every top vote this season?

Will we have a first-time winner, like Russell Wilson, Dak Prescott, or Deshaun Watson?

Can Drew Brees solidify his legacy with an NFL MVP award?

Two of the brightest young quarterbacks in football enjoyed two of the sport’s best seasons this past year.

Patrick Mahomes returned from mid-season injury to lead Kansas City to a Super Bowl victory for the first time in 50 years while claiming the Super Bowl MVP award. He finished the regular season with 4,031 yards and 26 touchdowns.

Jackson was voted league MVP unanimously after using his arm and legs to guide Baltimore to a record of 14-2 and the top seed in the AFC. Jackson finished the regular season with 3,127 yards and 36 touchdowns through the air and another 1,206 yards and seven TDs on the ground.

So, it’s no surprise to see these two dynamic players leading the list of 2020 MVP favorites. Mahomes is the odds-on favorite to win the award at +400, followed closely by the +600 of Jackson.

Carolina Panthers running back Christian McCaffrey was a staple in the 2019 MVP race for a majority of the season, so his place is certainly warranted in the top 10 of next year’s favorites. Ezekiel Elliott of the Dallas Cowboys is neck-and-neck with McCaffrey after another solid year.

Both players own odds of +3000, which top the list of non-quarterbacks. And they’re level with Matt Ryan and Tom Brady.

An interesting note about both running backs is that they’ll be playing under new head coaches this year. In Carolina, we’ll see if McCaffrey can thrive in Matt Rhule’s new offense.

In Dallas, Elliott will be coached by Mike McCarthy, although offensive coordinator Kellen Moore will provide some stability.

What about a guy like Josh Allen, who enjoyed a solid year in Buffalo? At +4000, Allen isn’t a long shot or a favorite, yet any improvement on a season in which he threw for 3,089 yards with 20 TDs and rushed for another nine touchdowns could put him in the MVP conversation, especially if the Bills can best the Patriots in the AFC East.

Speaking of the Patriots, could Brady mount one last MVP run? And if he does so, will it be in New England? While we wait to see where Brady ends up, know that his MVP odds of +3000 are tied for ninth among all candidates.

What about a rookie? Joe Burrow is likely to go first in the draft, yet he trails Tua Tagovailoa in MVP odds. At +8000, Tagovailoa is significantly ahead of Burrow’s +10000 odds.

The MVP race offers plenty to watch heading into 2020.