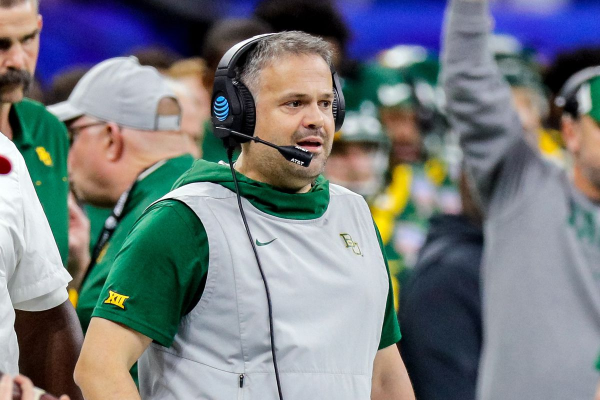 The NFL’s coaching carousel has picked up steam as two more positions have been filled. While one new head coach was all but certain to get one of these 32 jobs, another was a shock to a majority of the league.

In Carolina, the Panthers and Baylor coach Matt Rhule agreed to a seven-year deal worth $60 million that could grow to $70 million based on incentives.

In New York, the Giants are now finalizing a deal to bring in Patriots wide receivers coach Joe Judge as their new head coach.

With candidates like Ron Rivera, who signed on with Washington, and Mike McCarthy, who agreed to a deal with Dallas, off the board, both teams felt pressure to find their new head coach sooner rather than later.

So, did the Panthers and Giants get the right coaches for them?

Rhule’s name was one that gained more and more traction as numerous head coaching positions were vacated. Despite his limited experience in the NFL, where he spent a year as an offensive line assistant with the Giants in 2012, Rhule’s success at Temple and Baylor made him an attractive candidate.

At both major college programs that Rhule headed up, the job was to lead a rebuild. That sort of record made Rhule particularly appealing for Carolina owner David Tepper after watching his team go 5-11 in 2019.

A similar pattern followed at Baylor, where Rhule started off just 1-11 with a dreadful team in 2017. After showing immediate improvement to 7-6 in 2018, Rhule guided the Bears through an 11-3 season in which they were on the brink of taking down Oklahoma and getting a shot at the College Football Playoff.

Rhule’s most important task in Carolina will be deciding the future of quarterback Cam Newton, who’s currently recovering from Lisfranc surgery and will become a free agent after 2020.

As recently as a week ago, McCarthy was the favorite to take over in Carolina with odds of +250. After McCarthy was scooped up by Dallas, the Panthers decided to go with Rhule, who was tied with Josh McDaniels with odds of +600 to land the job.

Giants Swinging For The Fences

By hiring the 38-year-old Judge to lead their football team, the Giants ownership is hoping that the former Patriots receivers coach will have soaked up the winning tendencies of his mentors, Nick Saban and Bill Belichick.

The Rhule and Judge hires appear to have been loosely hinged on one another, as Rhule took the Carolina job after it became clear that the Judge-Giants deal was in the works.

Judge will be a first-time head coach, with much of his experience built on special teams, the group he worked heavily with in New England despite being officially listed as the receivers coach.

Since the start of the 2017 season, the Giants are an NFL-worst 12-36. With that sort of lack of success, New York was prepared to take a flyer on a “Belichick guy” in hopes that he can bring strategy and stability to a program seriously lacking in both areas.

Despite the poor record, Judge will have an arsenal filled with the likes of running back Saquon Barkley and quarterback Daniel Jones, who showed flashes of good play in his rookie season.

How big of a shock is the Judge hire? Well, Judge was scarcely found on any list of candidates provided by oddsmakers. Instead, guys like McCarthy (+300), Rhule (+300), and Garrett (+800) were the frontrunners before New York landed on Judge.