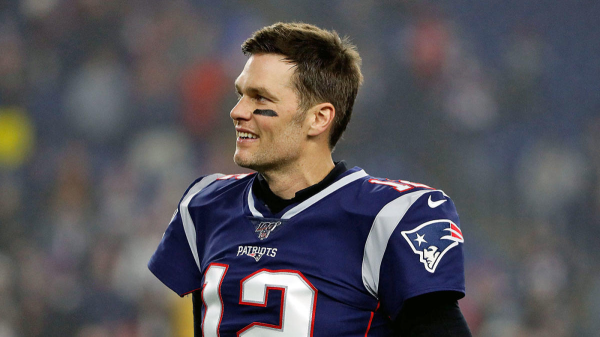 March 18 is the day Tom Brady, Bill Belichick, Robert Kraft, and every Patriots fan on the planet will have circled on their respective calendars. For the first time in his 20-year career, Brady is set to become a free agent on that date.

Brady’s future is in his own hands, as the 42-year-old’s revised contract from back in August disallowed the team from assigning him the franchise tag.

Now, a number of options remain open to the six-time Super Bowl champion. While Brady could choose to return to New England or retire, the most intriguing possibility is ending up in another NFL uniform.

If he does choose to play for the Patriots next year, he will pass former Lions kicker Jason Hanson for the longest tenure with a team in league history.

When asked about the potential to play elsewhere, Brady said, “I’m open-minded about the process. Whatever the future may bring, I’ll embrace it with open arms.”

Other NFL Greats Who Finished Career Away From ‘Home’

For certain players, the idea of donning another team’s jersey just doesn’t feel right. Like Derek Jeter in pinstripes, it’s hard to imagine Brady in anything other than a Patriots uniform.

Yet other NFL greats have ended their careers away from the city in which their legendary careers were built, and Brady could be next on the list.

For example, Joe Namath won a Super Bowl and was a five-time Pro-Bowler in his 12 seasons with the Jets. But even Broadway Joe ended his career with the Rams.

Brett Favre is perhaps the poster child for coming out of retirement. To earn that moniker, Favre, who played every game for the Packers from 1993 to 2007 while winning a Super Bowl and three MVPs, would end up playing for the Jets and Vikings.

Many consider Jerry Rice to be the greatest wide receiver in NFL history. But after 16 years in San Francisco, Rice would play three seasons in Oakland before finishing his career in Seattle.

As the NFL’s all-time leading rusher, Emmitt Smith is a legend of the Dallas Cowboys after helping the team win three Super Bowls. Not even Jerry Jones could keep Smith a Cowboy forever, though, as the back ended his career with the Cardinals.

Another pair of legendary quarterbacks – Peyton Manning and Joe Montana – will always be associated with the Colts and 49ers, respectively. Yet Manning would go on to win a Super Bowl with the Broncos, and Montana would play two seasons for the Chiefs.

While there are a number of teams that make sense for a Brady acquisition, it appears that four teams have emerged as real targets for the most notable free agent of the 2020 offseason.

As far as the team most likely to have Brady on the roster for Week 1 of the 2020 NFL season, the Panthers, Browns, Broncos, Raiders, and Buccaneers all hold odds of +2000 and appear to be viable destinations.

But according to the odds, Brady’s most likely team for the 2020 season is the same team he’s played 20 years for – the New England Patriots. And at -335, the Pats are a heavy favorite to retain their long-time quarterback.

However, three other NFL squads have emerged as New England’s biggest competition to lure Brady away.

The most likely team to do so is the Los Angeles Chargers, who seem to have moved on from Philip Rivers. With a team built to win now and the idea of sunny California reigning supreme, the Chargers hold odds of +400 to get their hands on Brady.

Although they sit behind the Chargers, the Colts are isolated as the third most likely team to have Brady on the roster Week 1 with odds of +900. Indianapolis has shown it has a roster full of talent but needs a boost at the QB position to take the next step.

And just ahead of all those +2000 teams is Tennessee, which owns odds of +1600. Mike Vrabel’s team earned a spot in the AFC Championship Game this season with a punishing running game and good defense. With Brady at the helm, this team would be an instant favorite for next year’s Super Bowl if it retains its key pieces.